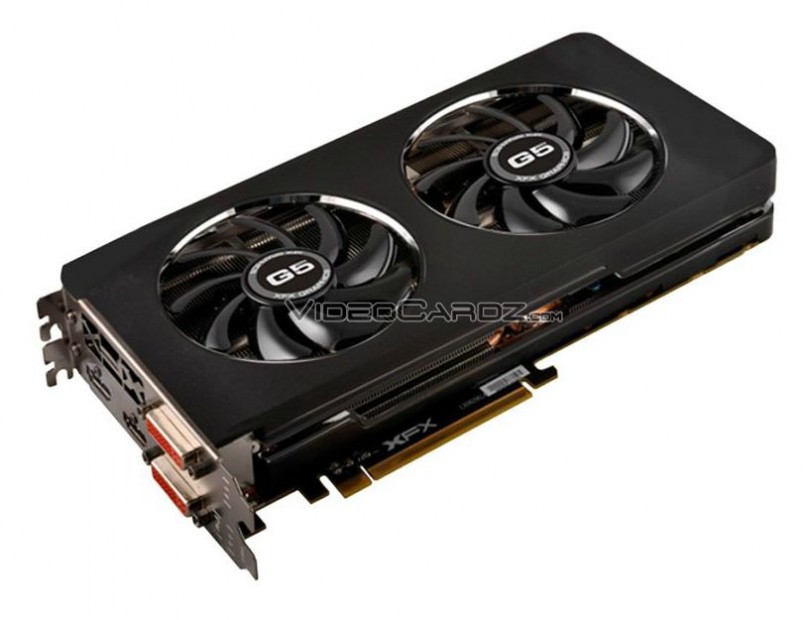 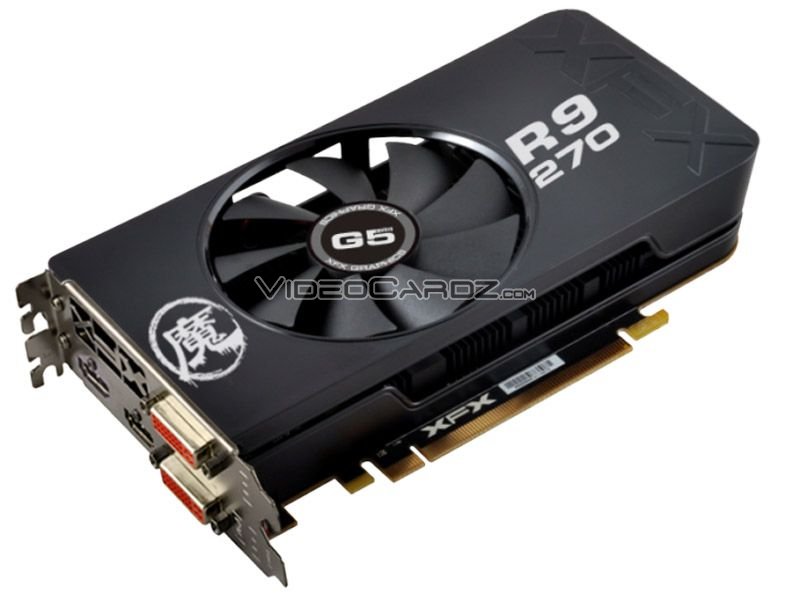 Despite using different GPU codenames, Curaco PRO and Curacao XT have very similar GPU configuration. That would be 1280 Stream Processors, 80 TMUs and 32 ROPs. Some sites claim that 270 non-X would have less TMUs, but as some of you noticed, that wouldn’t really make sense, because it would also mean less Stream Cores.

Moving on to our XFX cards. We have two, both completely different in design. One is clearly based on HD 7870 PCB, whereas the other is using HD 7850’s, at least in terms of the size. The first one is dual-fan, whereas the other one has only one, but larger in diameter. According to the leaked information both cards are clocked at the same speed: 1000/5600 MHz for GPU and memory clock respectively. Also each of them is equipped with 2GB GDDR5 memory and 256-bit interface. As far as the specifications are correct both cards will also require two 6-pin power connectors.