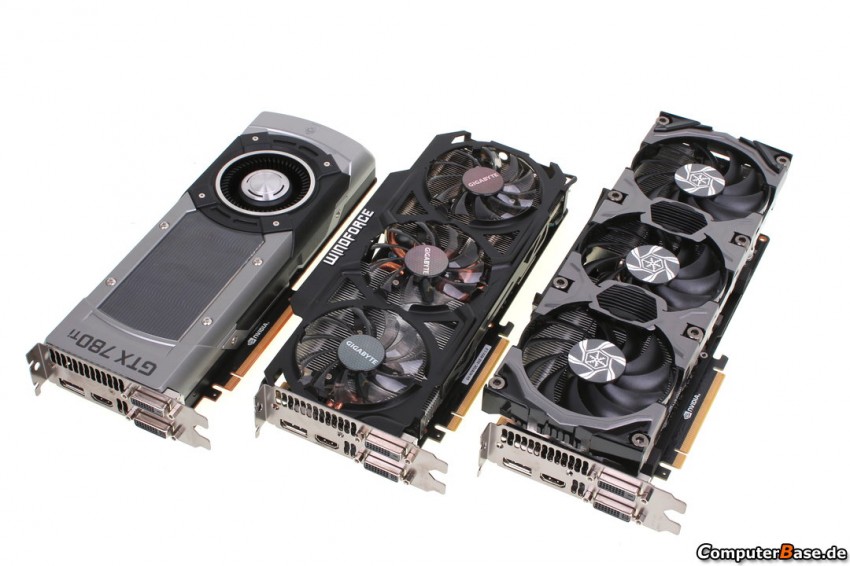 Guys from ComputerBase had the opportunity to test two custom GeForce GTX 780 Tis from Gigabyte and Inno3D. Both are based on reference PCBs, but feature custom cooling solutions.

On the contrary to MSI Lightning, EVGA Classfied or ASUS DirectCU 2 TOP these cards have only new cooler, rather than custom boards. ComputerBase tested Gigabyte GeForce GTX 780 Ti Overclock Edition and Inno3D GeForce GTX 780 Ti iChill Herculez Ultra X3 (someone has to work on these Inno3D names). Both cards are overclocked out of the box, the Gigabyte is running at 1020/1085 MHz, while Inno3D runs at 1006/1046 MHz. Also these cards have overclocked memory to effective 7200 MHz. The Geforce GTX 780 is using GK110-425-B1 GPU with 2880 CUDA cores, it’s is currently the fastest single-GPU card on the market. The two cards from this test were even faster than GTX 690. 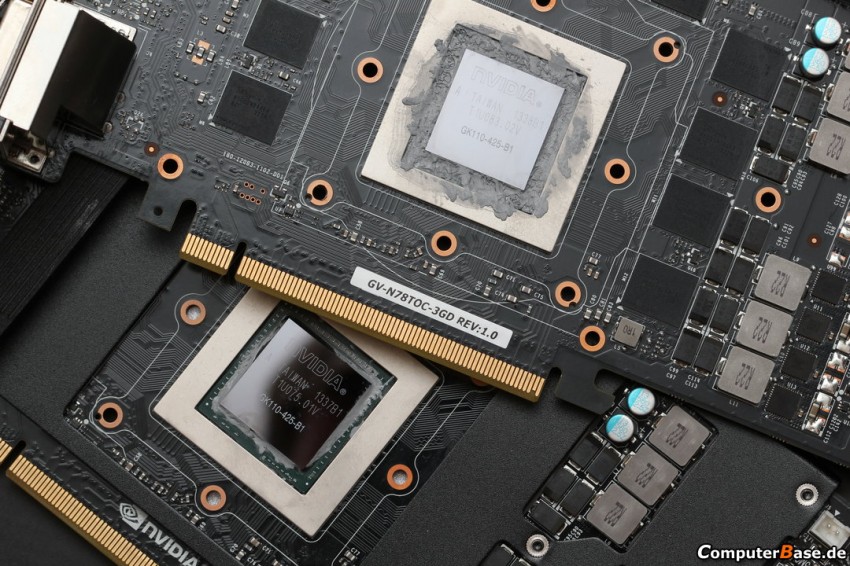 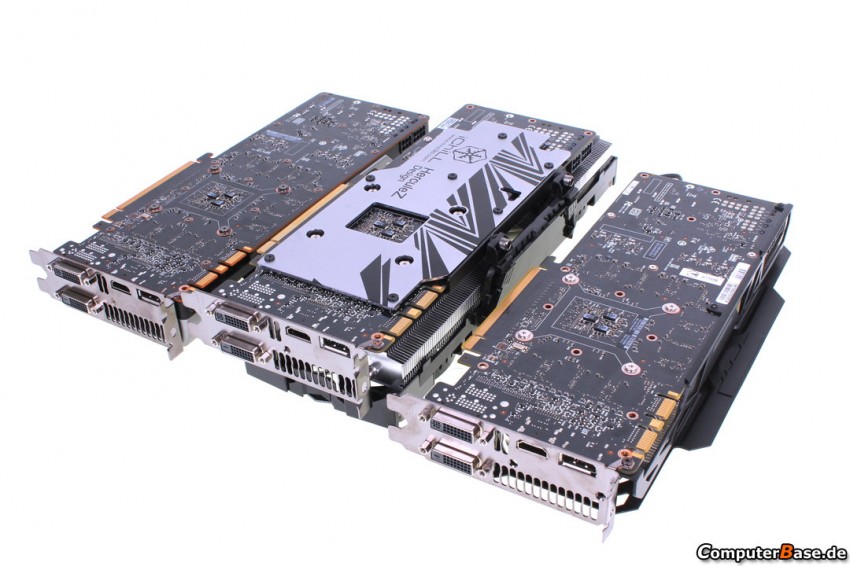 There are some other differences between these cards. While both feature 3 triple-fan coolers, one is actually dual-slot (Gigabyte) and Inno3D’s is triple-slot. Also the Inno3D’s solution features larger fans (90mm vs 80mm). Usually larger fans can deliver the same airflow while generating lower noise.

Probably the most disappointed part of these cards are 6-pin and 8-pin power connectors. You would expect more advanced power delivery options in such a high-end graphics card.

I’m not including all charts from their review, but there aren’t many. ComputerBase did not include Battlefield 4 in their test, instead they used Project Cars, one of the most demanding titles on the market, but CB will no longer add this game to their tests, I guess that’s due to poor optimization. I found Company of Heroes 2 results interesting, since in many of reviews Radeon R9 290X could easily compete with GTX 780 Ti in this game. With the arrival of custom cards this is no longer a valid statement.

In 2560×1600 resolution custom GTX 780 Ti cards are on average 15% faster than reference model. In comparison to R9 290X we are looking at 18% performance gap. This is a huge difference, but it’s probably only Radeon cooler to blame. Custom R9 290X should perform much better and these, even in engineering sample state, were not included in this comparison. 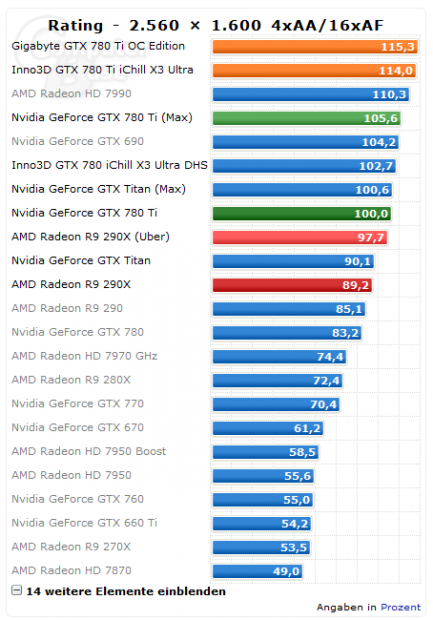 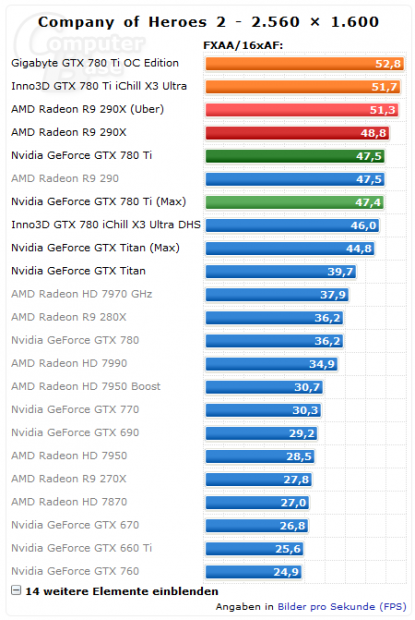 Check the source for more information.