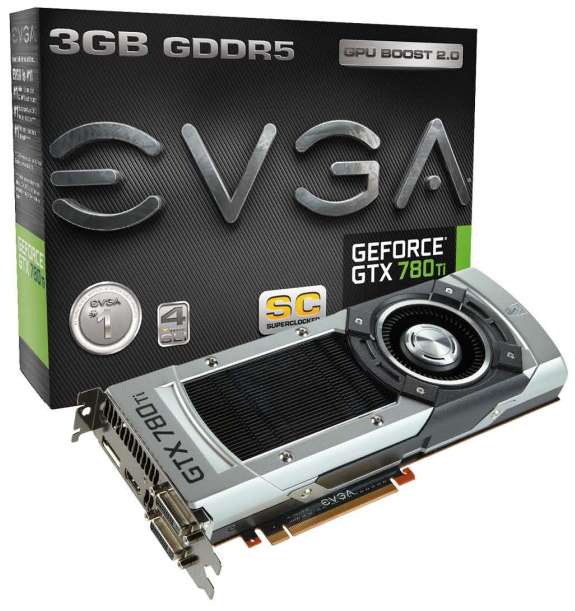 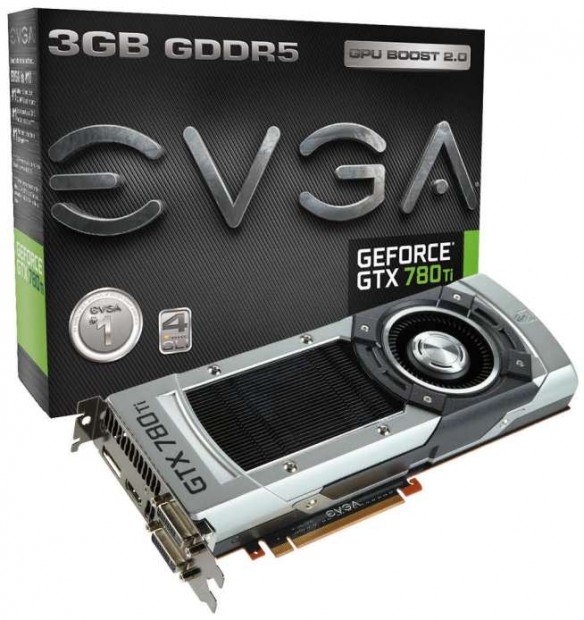 Despite having only this blurry picture I decided to post about this card, because this is the first overclocked GTX 780 Ti that Im am aware of.

UPDATE: Thanks to Ole fra trondheim we have more pictures of the EVGA lineup.

The fact that there is a SuperClocked model most likely means that EVGA also has more GTX 780 Ti cards. There is a chance that manufacturer will launch an ACX model as well, especially after this post on Instagram.

The EVGA GeForce GTX 780 Ti SuperClocked runs at 980 MHz, which is a base clock, the boost clock is 1046 MHz. That means it’s 118 MHz faster than other GTX 780 Ti that we’ve seen already. Of course also this card will use 3GB GDDR5 memory. It’s worth noting that GTX 780 Ti will support QUAD-SLI configurations. 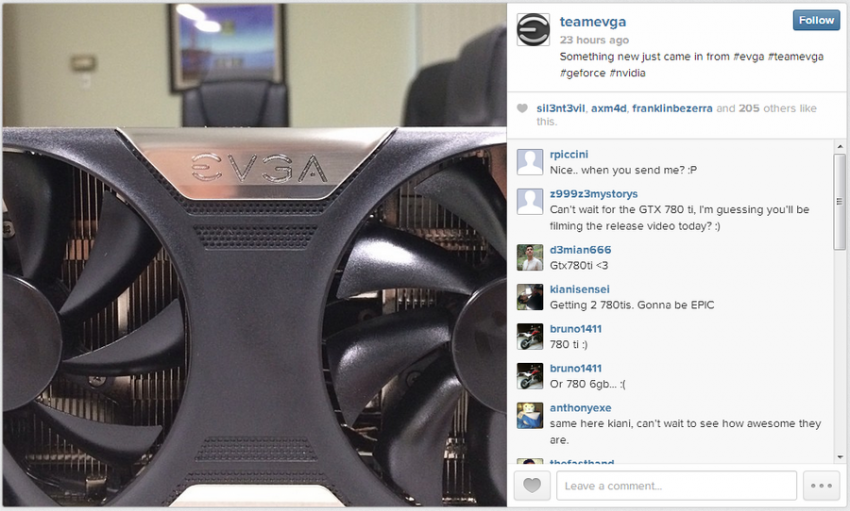