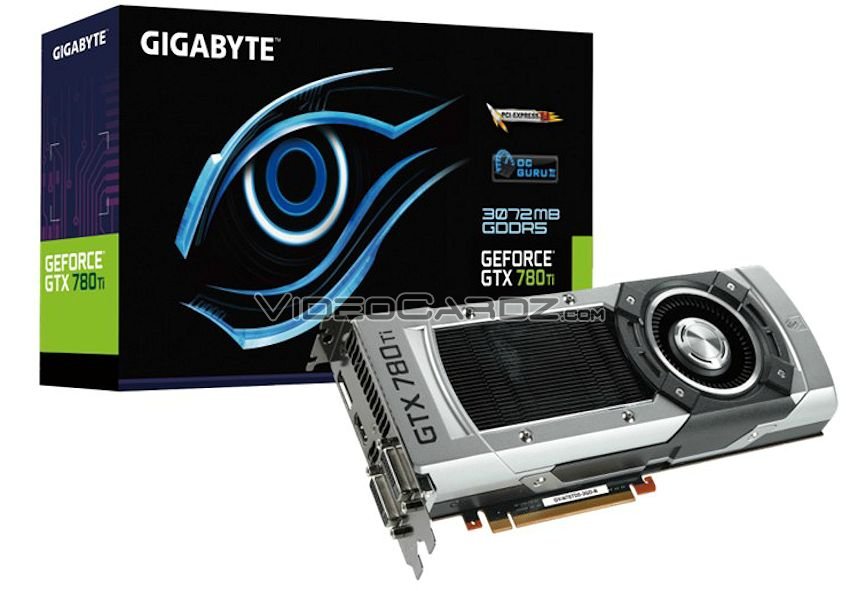 Gigabyte released some synthetic benchmark results of its new GeForce GTX 780 Ti along with a picture of the box.

Gigabyte’s GTX 780 Ti is based on reference design. I was actually hoping that Gigabyte would release overclocked model, as they used to, but unfortunately for that we will have to wait a bit more.

Gigabyte also released some official performance figures. In 3Dmark 11 the GTX 780 Ti is actually slower than GTX 780 GHz edition (0,13% difference) and R9 290X (0,82% difference). Of course these numbers are in the margin of error, but I thought it would be interesting to it mention. In Extreme profile results are similar, but R9 290X stays behind all GeForce GTX cards (but beating vanila GTX 780).

NVIDIA GeForce GTX 780 Ti will be released in two days for the price of $699. 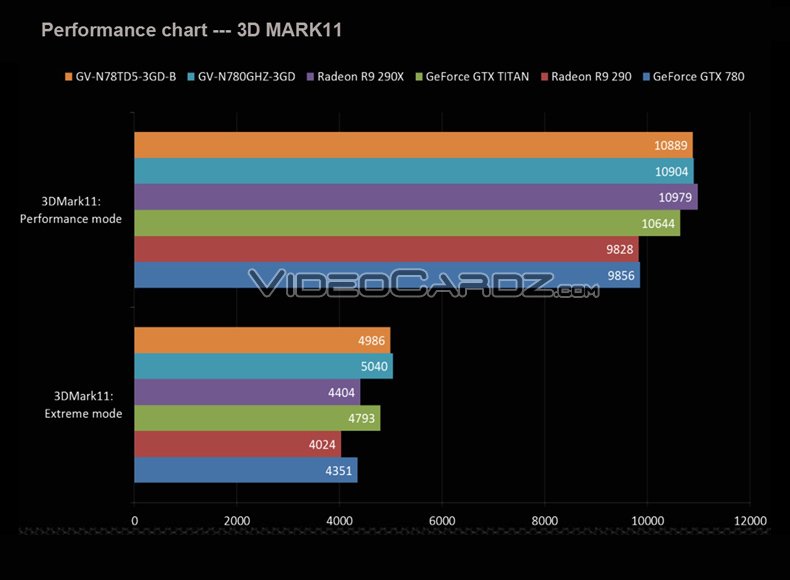 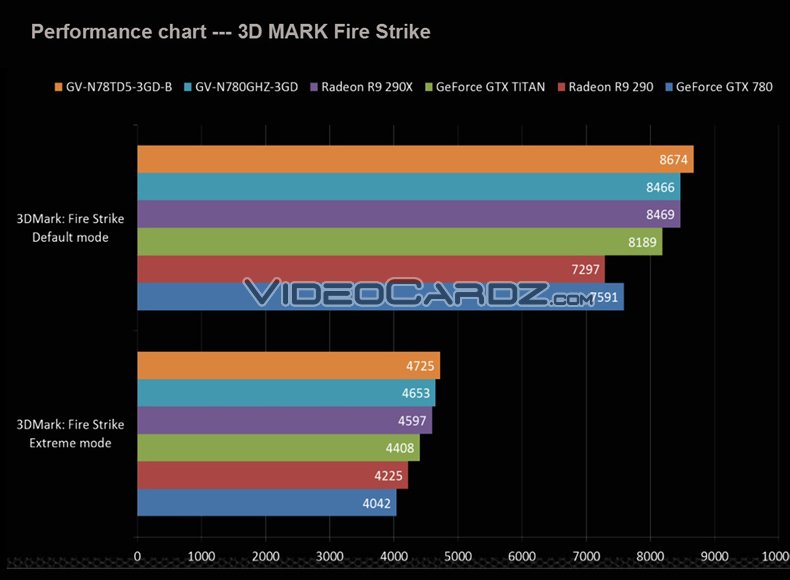