NVIDIA GeForce GTX 780 Ti equipped with 2880 CUDA cores is clearly leading in Single-GPU charts. The performance of 780 Ti is almost as good as GTX 690’s, which is a dual-GK104 graphics card. Just as I told you earlier the GTX 780 Ti can score 6000k points in 3Dmark11 Extreme, of course this requires some overclocking. Here we have a score around 5800, which is already a good number.

System power consumption is definitely higher than other cards. We are looking at 500 watts here, which is definitely more than R9 290X in this comparison. The leaker claims that the card is running at average 970 MHz, which is 50+ MHz overclock. The GTX 780 Ti is supposedly labeled with a maximum power draw at 275W, that’s without any clock manipulation. Rising the clock could led to rapid power increase. These numbers will require much more sophisticated review just to be sure. 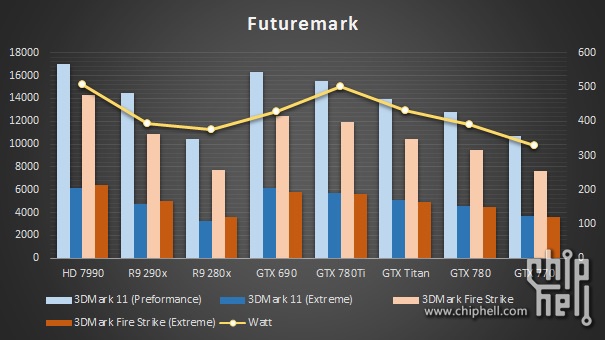 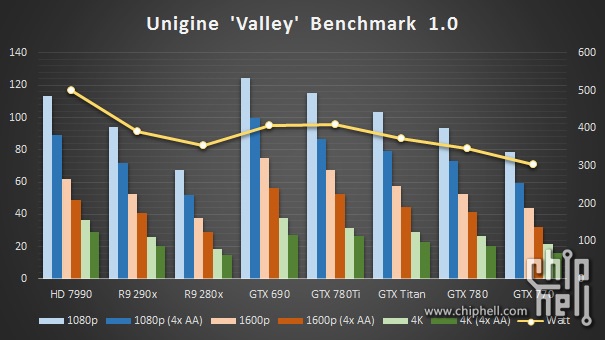 Gaming benchmarks revealed that overclocked GeForce GTX 780 Ti can compete with R9 290X in high resolution tests. In 1080p and 1600p, GTX 780 Ti clearly outperforms other cards in this comparison, but since it only uses 384-bit interface, the higher the resolution the worse the performance gets. In Battlefield 3, which is AMD Gaming Evolved title, overclocked GTX 780 Ti can offer much better performance in every resolution. However, let me remind you again, this is overclocked card that we are talking about.

The leaker claims that these tests were performed with unofficial drivers, performance can still get better when NVIDIA releases final version of its drivers. 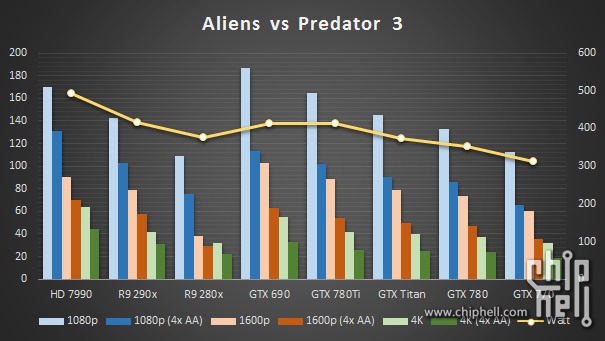 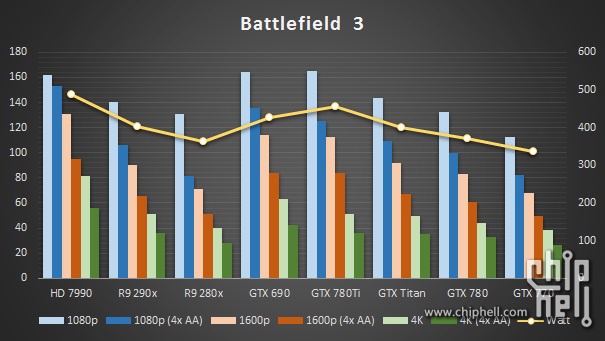 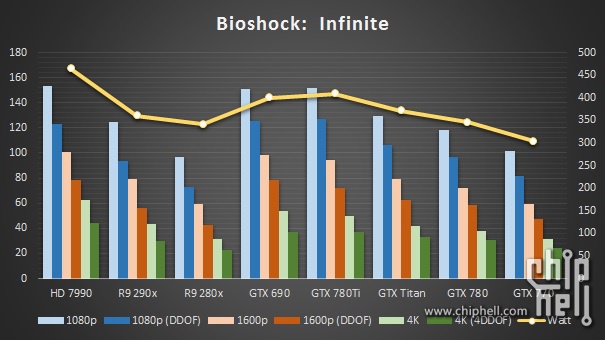 That’s all for now, I will do my best to post more results when I have them.