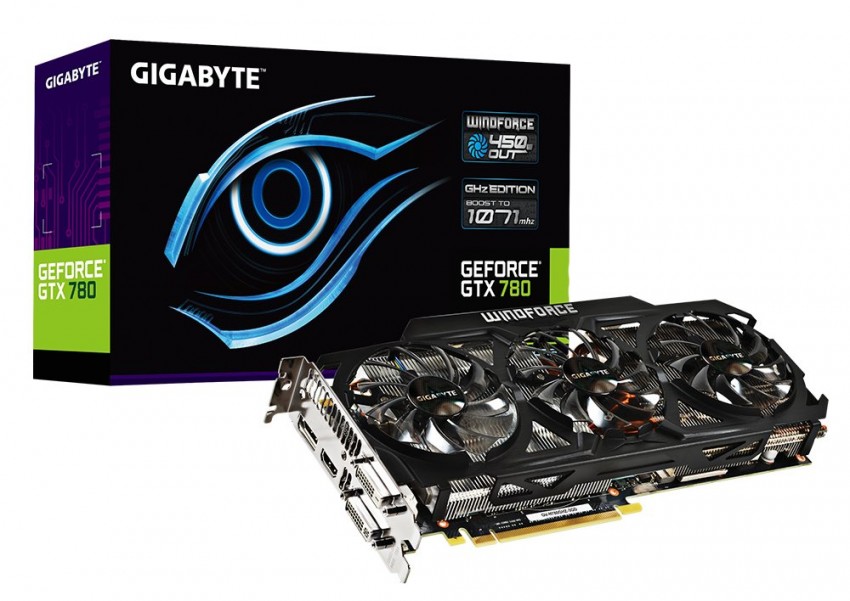 My post about GeForce GTX 780 GHz Edition has met a lot of criticism. Every omniscient forum member will tell you that there is no such graphics card. This is just partially true, NVIDIA won’t make any reference model with this name, but the GHz Editions from AIB partners are a true fact. In fact Gigabyte delivered a proof with a new card.

Gigabyte updated its GeForce GTX 780 to GHz Edition. This is their flagship NVIDIA model right now, just before GTX 780 Ti will be introduced. The card is clocked at 1019 MHz with a boost at 1071 MHz. This is currently the highest clocked GTX 780 from Gigabyte, even though manufacturer has now six 780 models.

This is an updated GV-N780OC-3G model, which was also featuring two 8-pin power connectors. We are basically looking at the same PCB with a new GPU revision.

This model is using triple-fan WindForce 3X 450W cooling solution, which is a dual-slot design. It has six cooper heat-pipes and two aluminum fin arrays. Card has been equipped with 8-phase power design, which is more than reference’s 6-phase. It is also featuring a backplate with Gigabyte and GHz Edition logo.

Gigabyte GTX 780 GHz edition is already available in the stores: 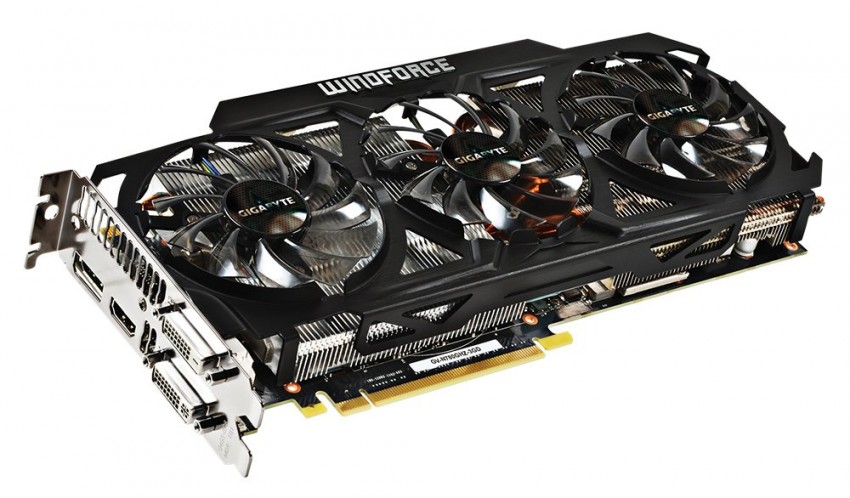