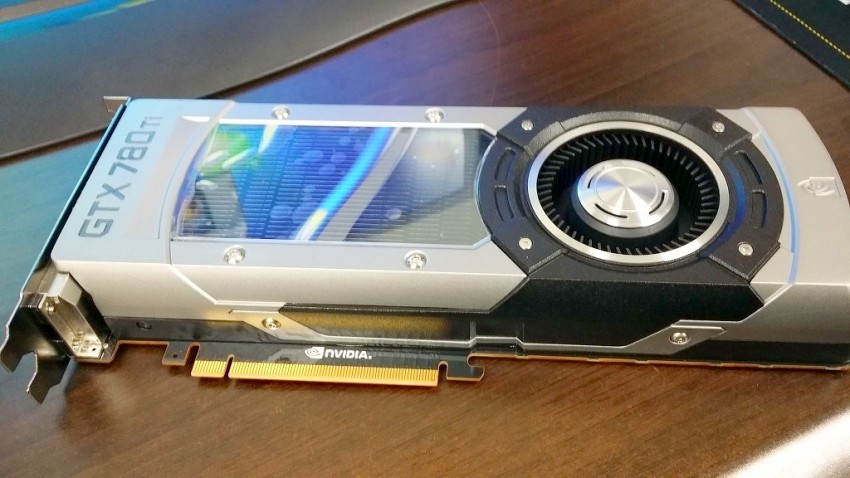 The new NVIDIA’s flagship is much more than GeForce GTX 780 replacement. Despite the fact that reference card will only arrive with 3GB memory, it does not mean that there won’t be the cards with more memory. The rumor has it that NVIDIA GTX 780 Ti will be available in 3 versions: 3GB, 6GB and even 12GB. Which version are you going to choose will only depend on how deep your pockets are.

No custom models next week

According to my information, we won’t see custom GTX 780 Ti models at launch. This is the same story as with R9 290X, manufacturers were simply not prepared for this release, so it will take some time to finalize the designs with custom PCBs and cooling solutions.

NVIDIA GTX 780 Ti features 876 MHz base clock and 928 MHz boost clock. I managed to confirm that with stock cooler it can overclock up to 1240 MHz (based on Afterburner readings). I even saw a GPU-Z screenshot with 1851 MHz memory clock (7.4 GHz). I don’t know if these are stable clocks, all I know it was enough to complete multiple 3Dmark benchmark runs, which I saw.

I made a chart with cumulative performance from 3DMark11 and 3DMark Fire Strike (both Extreme presets). These scores are based on 100% true tests, I was asked not to publish the numbers, but nobody said I cannot post them in percentages.

Since synthetic benchmarks are never the best performance indicator, thus I will post gaming performance as soon as possible. Treat this post as a sneak peak of what GTX 780 Ti is capable of.

I will post more information tomorrow so stay tuned. 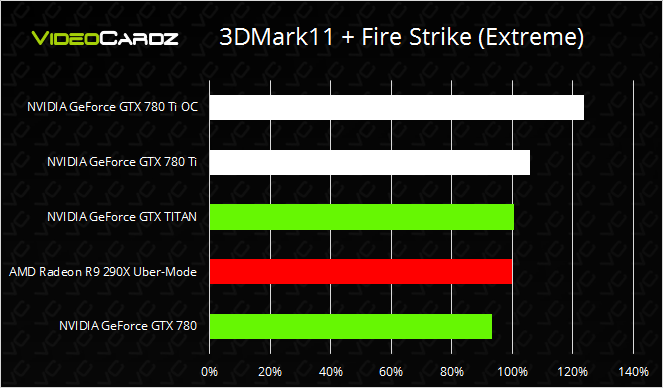 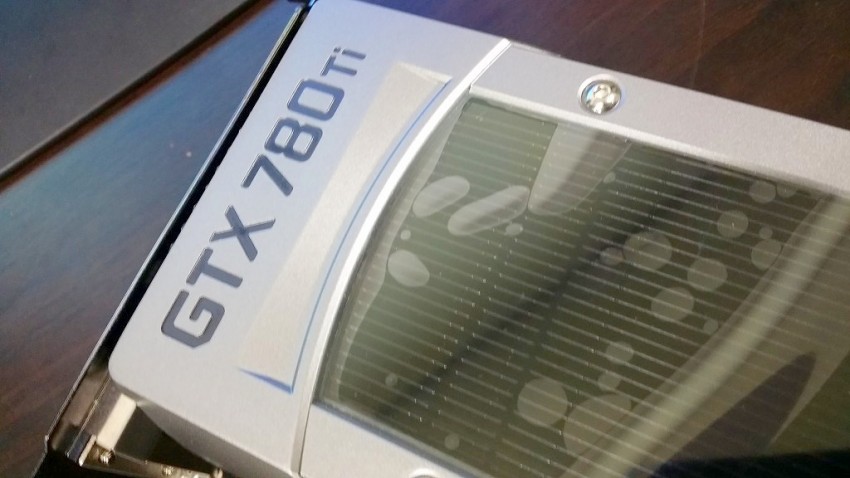