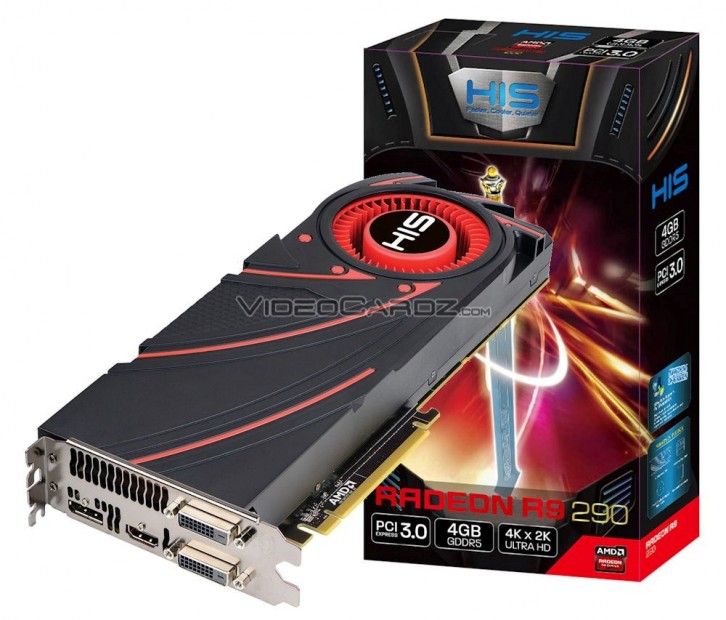 HIS Radeon R9 290 is equipped with Hawaii PRO GPU with 2560 Stream Processors.

Card is featuring 160 texture mapping units and 64 raster units. Out-of-the-box you get 4GB GDDR5 card with 512-bit memory interface. The R9 290 is cut-down version of R9 290X, but with appropriate clocks it can offer very similar, if not better, performance. The R9 290 is clocked at 947 MHz with the memory at effective speed of 5 Gbps.

The model from HIS looks exactly the same as any other reference card. It’s a blower-type dual-slot cooler with red stripes and red fan. The card is equipped with two DVIs, one HDMI and one DisplayPort. Estimated price is around $449, although it was not confirmed yet. 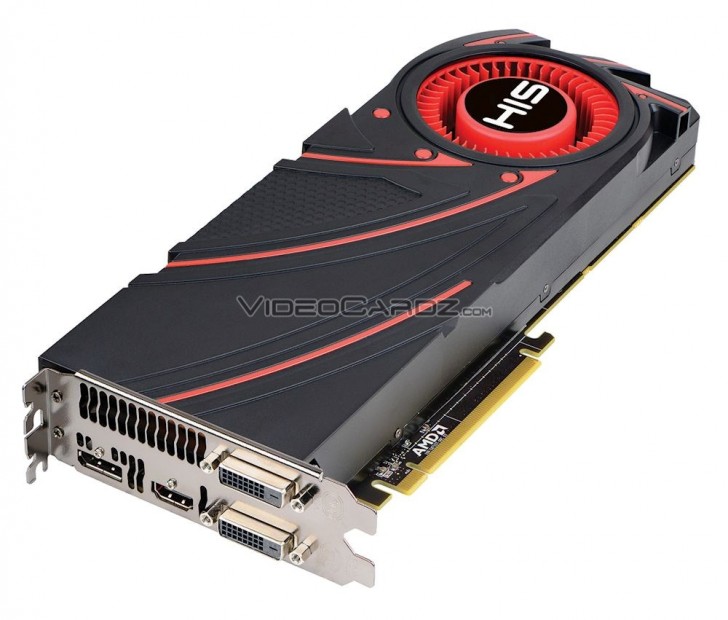 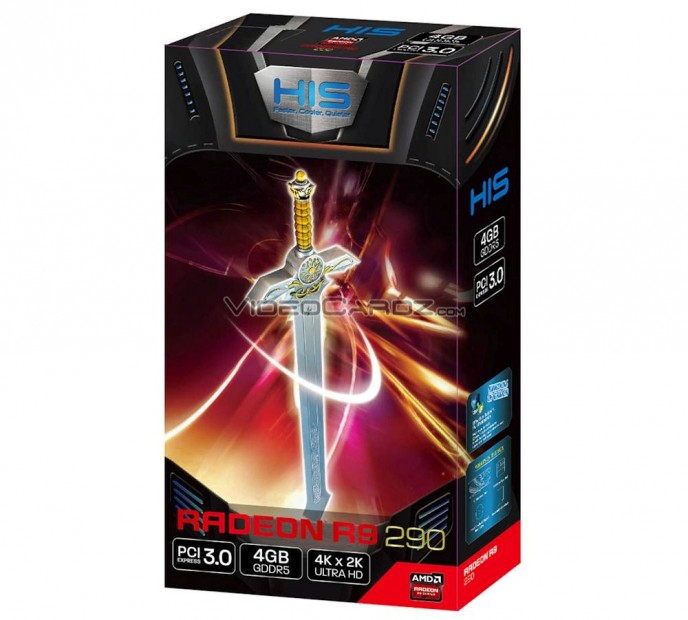