Someone got the Radeon R9 290 by mistake 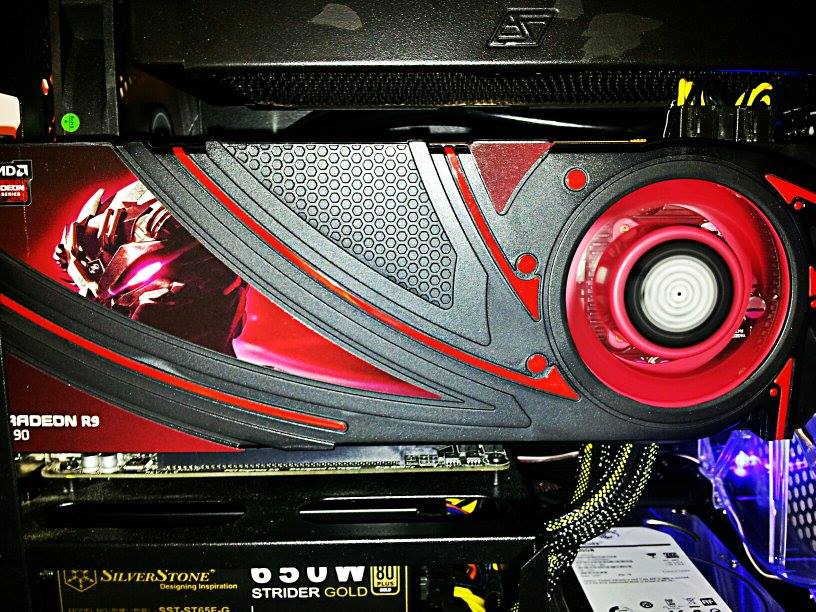 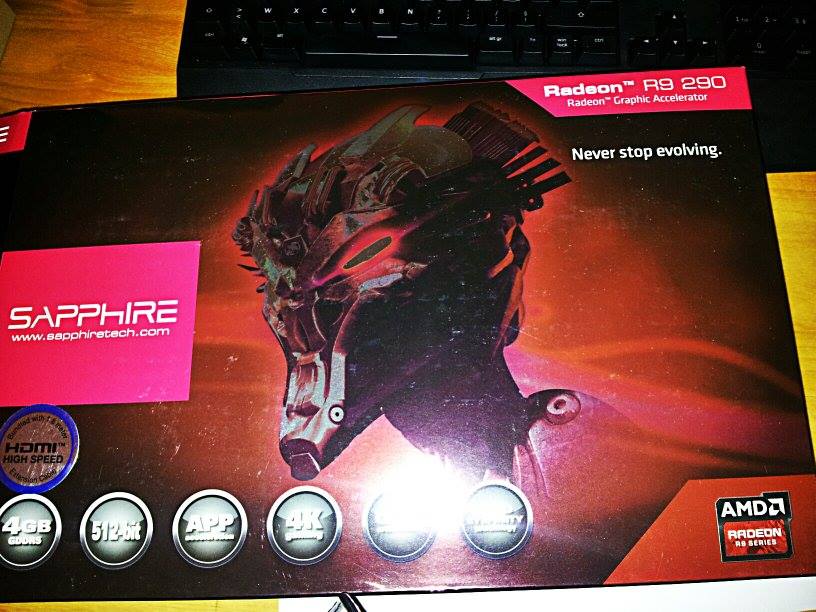 This is such a hilarious story that I had to post it.

This post will explain to you why delaying the launch of new graphics card is never a good idea. It will also prove that the naming of R9 290 series is quite unfortunate.

Everyone should already be familiar with the Radeon R9 290X. The cut-down version named Radeon R9 290 will be released next week. The problem with this card is that every time you mention it, you should add non-X to the name, just to make things clear so everyone will understand which card you are actually talking about.

A member of OCUK forums — primouf — ordered R9 290X from undisclosed French retailer. Unfortunately for him, and fortunately for us, he received a sample of R9 290 instead, all that because the seller didn’t pay attention to the X.

Of course there wouldn’t be a point of being member of Overclockers UK forums if he didn’t run some tests.

First up, the proof from GPU-Z and Catalyst Control Center. 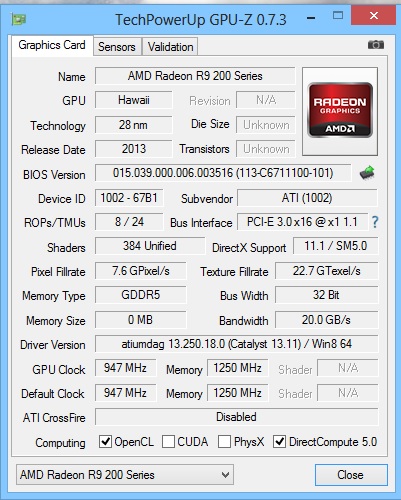 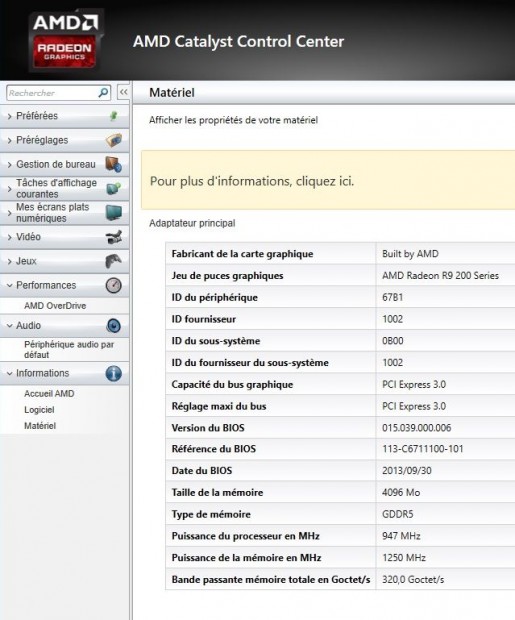 The R9 290 is equipped with Hawaii PRO GPU, which has 2560 Stream Processors, however GPU-Z 0.7.3 does not support it, so it shows the wrong number. The only proof we have here are the clock speeds of 947/1250 MHz for core and memory respectively, and Device ID clearly showing Hawaii PRO variant.

The listing from Catalyst Control Center shows more information, it confirms 4GB GDDR5 memory and 320 GB/s bandwidth (through 512-bit memory bus). The BIOS was compiled on September 30th, meaning it’s almost a month since these cards are ready to be released.

The card running with stock clocks managed to score 9239 points in performance profile. With additional 56 MHz it scored 9555 points, which is around 3% boost. Of course this card can run with much higher clocks. 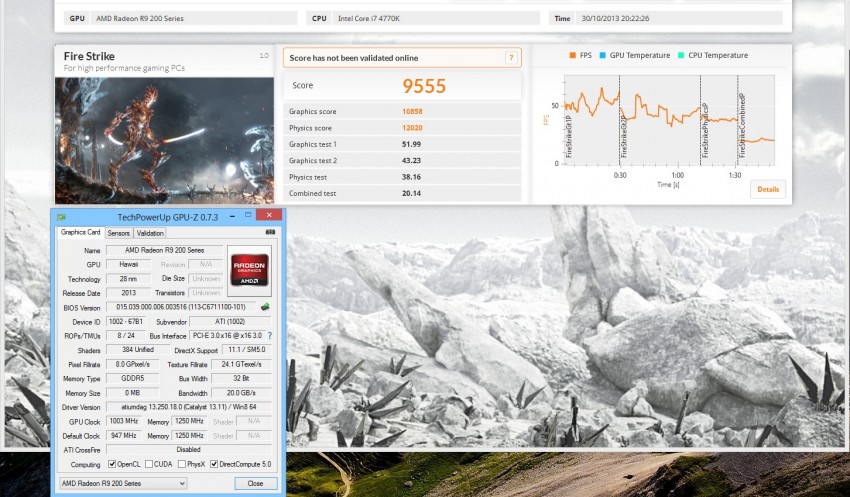 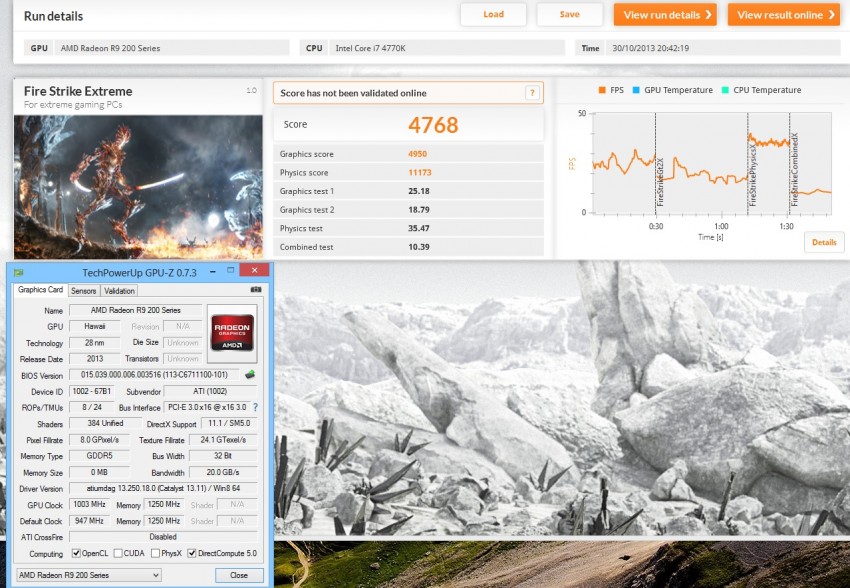 Primouf managed to clock his card at 1103 MHz, further increase could only mean noisy and hot operation. This overclock gave him 9% better performance and a reason to keep this card instead of R9 290X. 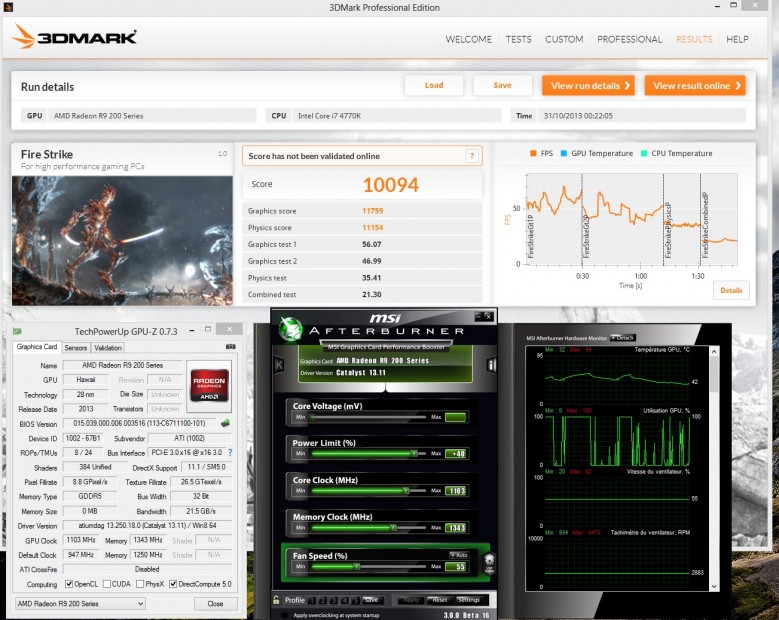 
He also ran it through Heaven 4.0, but since we don’t have any reference to other cards let’s just leave it as it is. 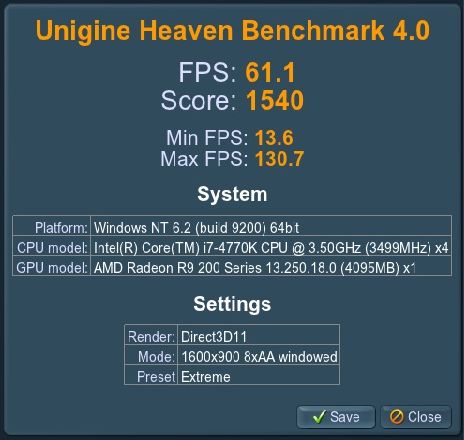 AMD Radeon R9 290 will be released next week on November 5th. You can’t order it yet, and the price remains unknown, but if you really want it, there is a slim chance that when ordering R9 290X you will actually get R9 290… I wonder if this is going to work with GTX 780 Ti.