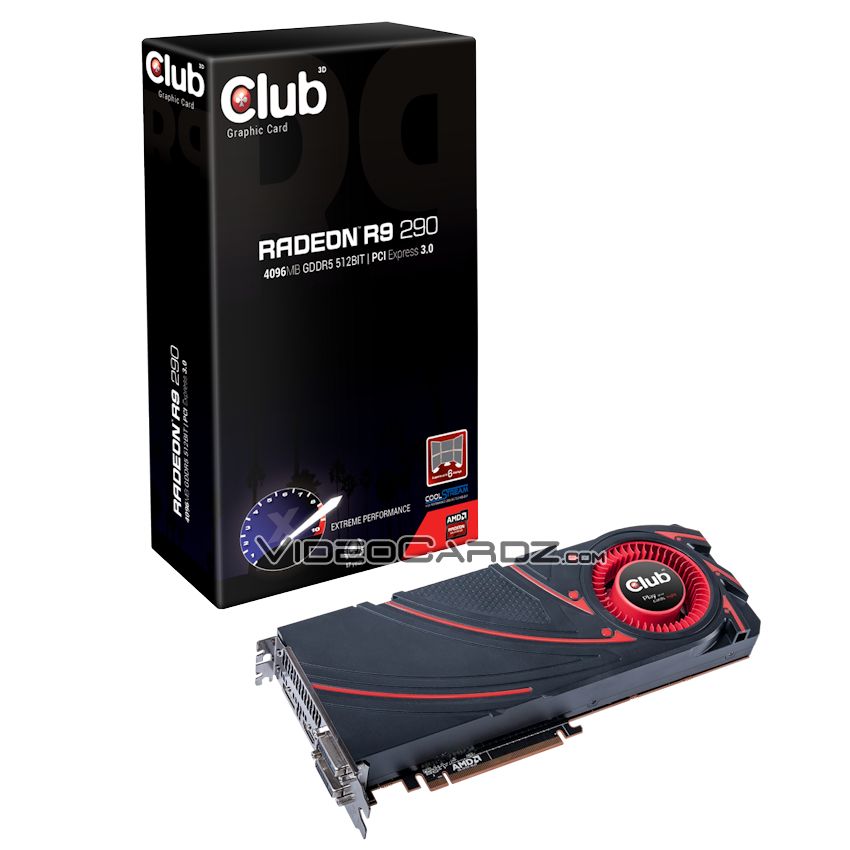 Everyone seems to be forgetting the non-X R9 290 model.

Gladly Club3D has a response to this absence of R9 290 in all the news we’ve been hearing for a month.

Club3D’s R9 290 has a slick, sexy sticker, which should already make this card premium. The Radeon R9 290 is based on Hawaii PRO graphics processing unit which packs 2560 Stream Processors, 160 Texturing Units and 64 Rastering Units. In comparison to 290X we have a lower core clock: 947 MHz. The good thing about this card is that you get 4GB GDDR5 memory across 512-bit interface with it, and it’s clocked at the same speed as 290X’s, which equals to the same bandwidth.

Unfortunately, there is no information about the price, but since 290X is going to compete with GTX 780, then 290 should target the GTX 770 price point. If so, then we are going to have a very good offer in this segment (the almost high-end segment).