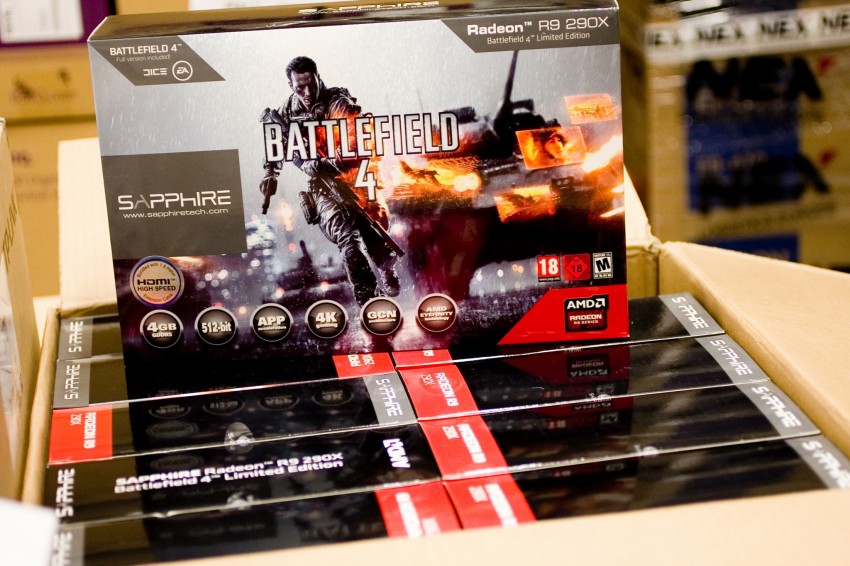 I don’t have any shocking news today. What I have is a confirmation that in few days AMD will officially announce its new flagship — Radeon R9 290X.

“Check out what we got today!”

This appearance only confirms that AMD Radeon 290X will launch this week. Also most of preoderered cards should dispatch this week.

The R9 290X will compete with GeForce GTX 780, but after numerous leaks you should already know that this is not really fair fight. For that reason NVIDIA decided to replace GTX 780 with GTX 780 Ti, supposedly at the same price. This way R9 290X will actually compete with 780 Ti, whereas R9 290 will fight against GTX 780. In few weeks there will be a lot of movement in high-end segment. Hopefully some cards will get cheaper in the process.

Have you preordered R9 290X? Maybe one of these cards is yours.

Many thanks to Dewpa for the tip!

* Still, I would buy ASUS card instead, you know, the door hanger…