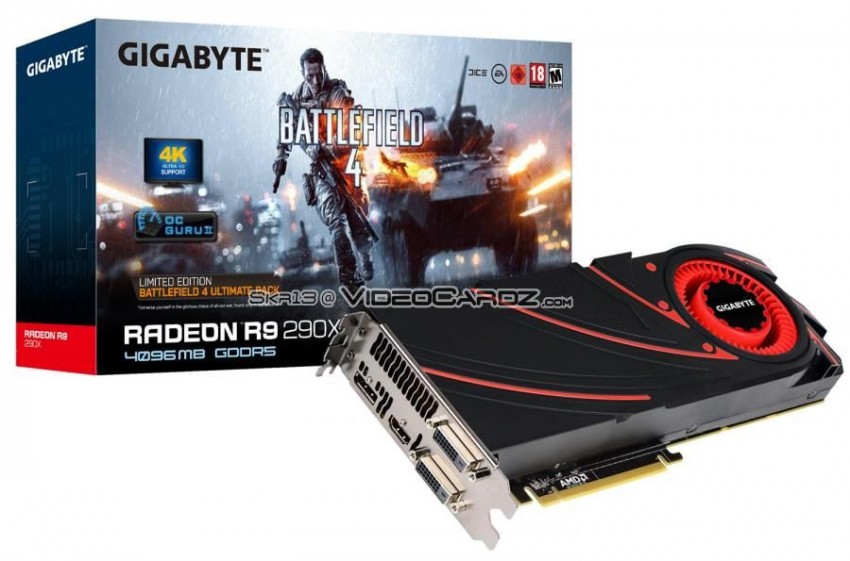 Gigabyte’s R9 290X is very similar to other R9 290xs already revealed by VideoCardz. That’s since, well, it’s reference based. We are looking at a new sticker and of course a Battlefield 4 themed box.

So Radeon R9 290X from Gigabyte will be featuring a reference cooler. This is only temporal, since custom models (like the those equipped with WindForce coolers) should appear in November. For now the best deal you can get is by buying it with Battlefield 4. Also these units will supposedly be shipped with the highest priority. So if you really want R9 290X this is the best way to go.

The R9 290X is equipped with Hawaii XT GPU with 2816 Stream Processors. Card is also equipped with 4GB GDDR5 memory across 512-bit interface. This is a direct counterpart to GeForce GTX 780, although it can easily compete with the GTX TITAN.

Official price has not yet been disclosed, so it’s hard to say how much should you prepare for this card.

Since I was bored, I slightly modified the official poster for true AMD fans. 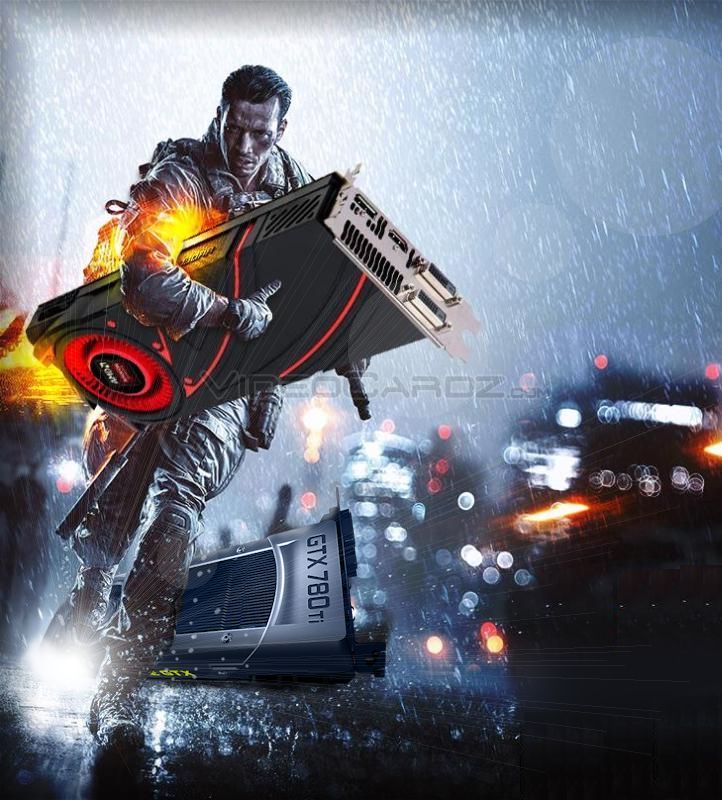 Many thanks to Skr13!