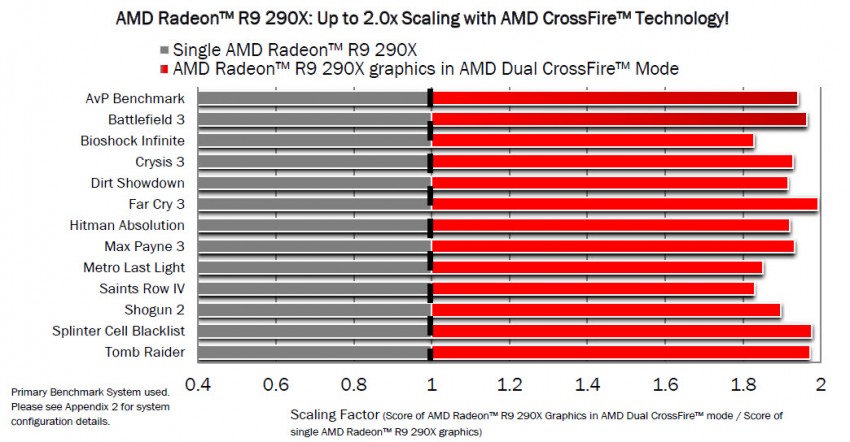 AMD’s new flagship Radeon R9 290X will no longer require CrossFire fingers to operate in multi-card configuration. Instead only PCI-Express slots will be required to make the cards run in such combination.

According to previous leaks this new approach would eliminate most of the frame pacing problems for which AMD was criticized since the topic became popular. However AMD went a step further and decided it would be a good idea to eliminate the necessity of the a separate CrossFire connection. It was possible since PCI-E interface is already capable of delivering enough bandwidth for multi-gpu communication.

The new slide supposedly leaked from AMD Reviewers Guide for R9 290X revealed that this card will scale much better than expected. The R9 290X CrossFire configuration will deliver up to 2.0x the performance of the single card. There is no game on the list that would not scale lower than 1.8x, but we are more than sure that these games were chosen here for a reason.

Additionally to that we have a chart with all the frame rates listed. I updated it with the CrossFire to single-card comparison.

From the same source we have a chart comparing Uber Mode to Quiet Mode. These results are very interesting, especially since there’s almost no difference between them. The average difference is just 1,54%. We believe that Uber mode is simply a safety switch for advanced overclocking. It should increase power limit, bump the voltage a bit and change the fan profile.

Here is an official slide comparing both Uber and Quiet mode in Bioshock Infinite and Tomb Raider. If someone could explain why Uber Mode is worse than Quiet in BioShock Infinite, that would be great :) 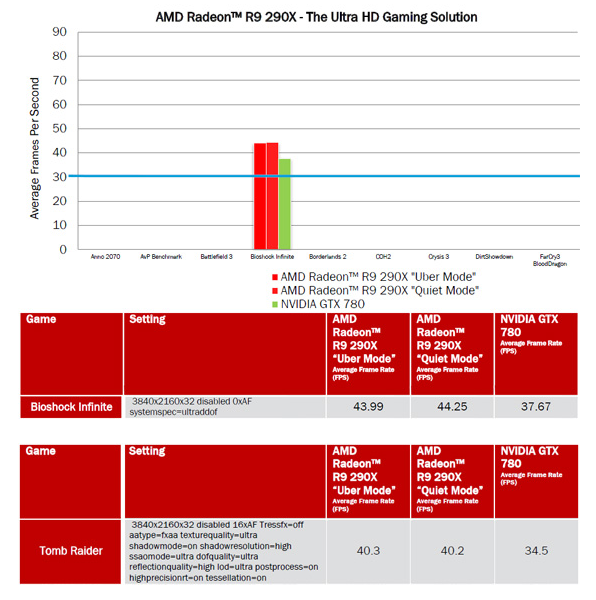 One of the VC commentators posted a new chart, supposedly showing official 3Dmark performance in Uber and Quiet mode. Numbers seem to confirm what we wrote earlier in this post. The idea behind the Uber/Quiet BIOS switch was to uncap the performance by allowing more aggressive overclocking. However I would wait for more detailed information before describing this technology. 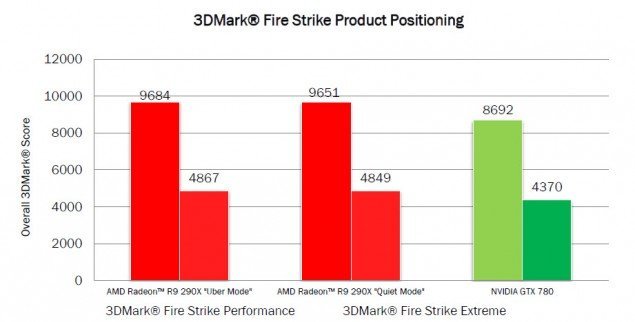 One more thing, someone found the picture of the ASUS R9 290X box. Of course it’s a Battlefield 4 edition. The biggest shocker here is the door hanger, a must have item for every progamer. 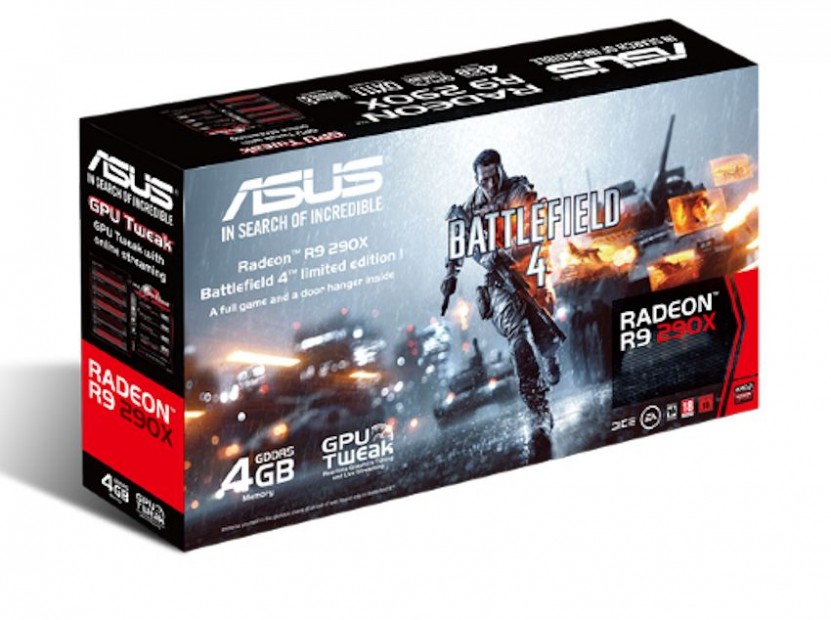