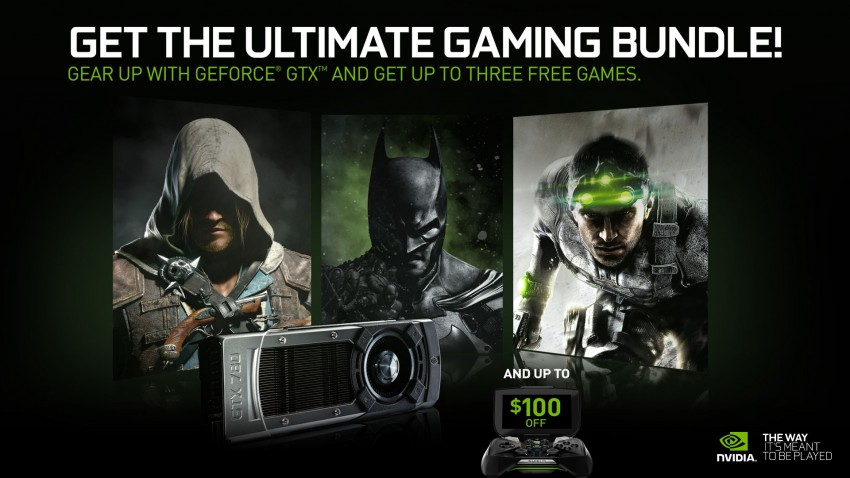 During the first day of NVIDIA’s The Way It’s Meant To be Played event in Montreal company announced that starting from October 28th selected etailers will offer free games with GeForce GTX 700 graphics cards.

So instead of a price drop we have free games.

The bundle includes three titles: Assassin’s Creed IV: Black Flag, Batman: Arkham Origins, and Splinter Cell Blacklist. If you live in North America then you will also receive up to $100 off on NVIDIA SHIELD.

The promotion start on October 28th and ends on November 26th. 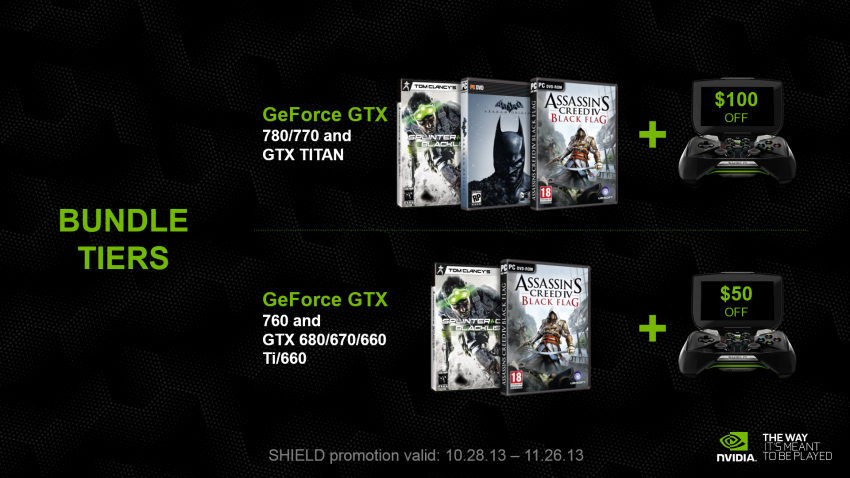