I stumbled across from the official R9 290X presentation. Update: Actually I found the original source with more slides (check below) — it’s from a 280X reviewer (facepalm). 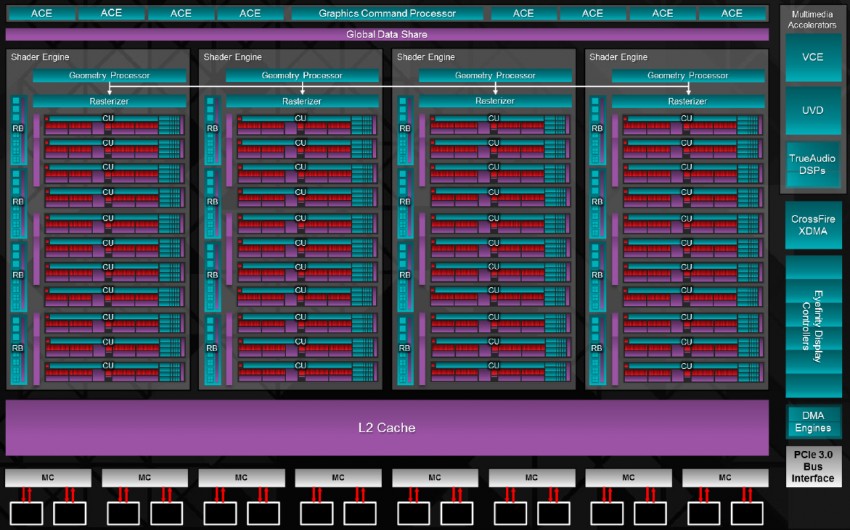 Since I don’t have any whitepaper with a proper explanation of this diagram, I won’t go into much details here.

What you’re basically looking at is a completely new Hawaii GPU. It is now officially confirmed that Hawaii processor has a die size of 438 mm2 (24% bigger than Tahiti). There are few noticeable changes in comparison its predecessor. First up, we have 44 Compute Units in 4 Shader Engines (Tahiti has 32 CUs). The Geometry Engine and Rasterizer have been moved into Shader Engine. The Hawaii GPU has eight 64-bit memory controllers (vs Tahiti’s six), which gives a total of 512-bit bus width. It also has eight ACE units, which is six more than Tahiti’s.

The CrossFire Compositor has been replaced with CrossFire XDMA. Among VCE and UVD multimedia accelerators you also spot a new TrueAudio DSP.

AMD Radeon R9 290X can process up to 90% more geometry than HD 7970 GHz Edition (4 billion triangles per clock vs Tahiti’s 2.1). The computing performance (single precision floating point) has increased by 30% to 5.6 TFLOPS. Thanks to more Texture Mapping Units and Raster Operating Units we have 30% and 90% fill rate increase for textures and pixels respectively (176 Gtexels/s and 64 Gpixels/s). According to the slide, also the Peak GFLOPs per mm2 has slightly increased by 5% (to 12.8 GFLOPS/mm2).

The R9 290X will be launched next week, that’s when all the details will be explained even further. 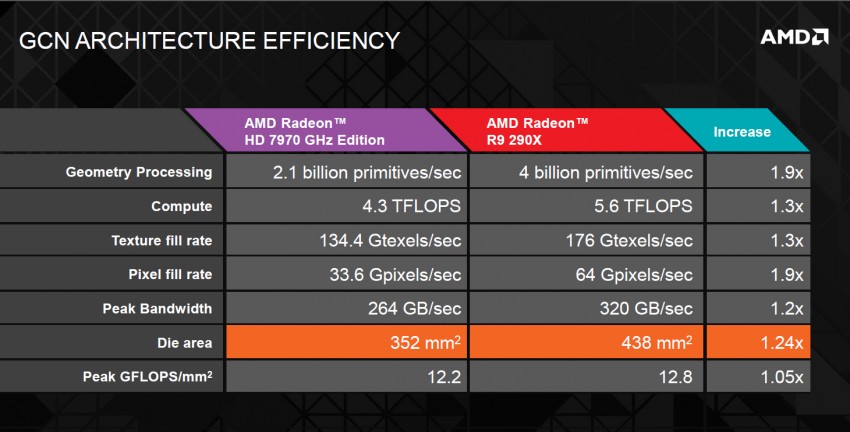 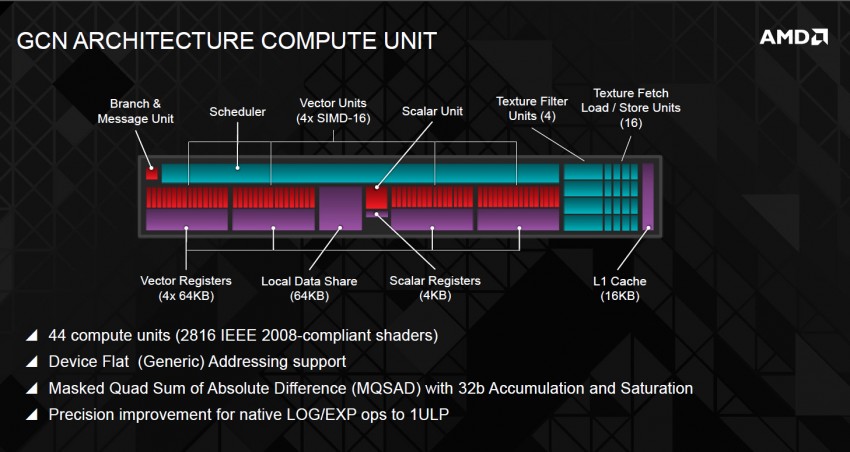 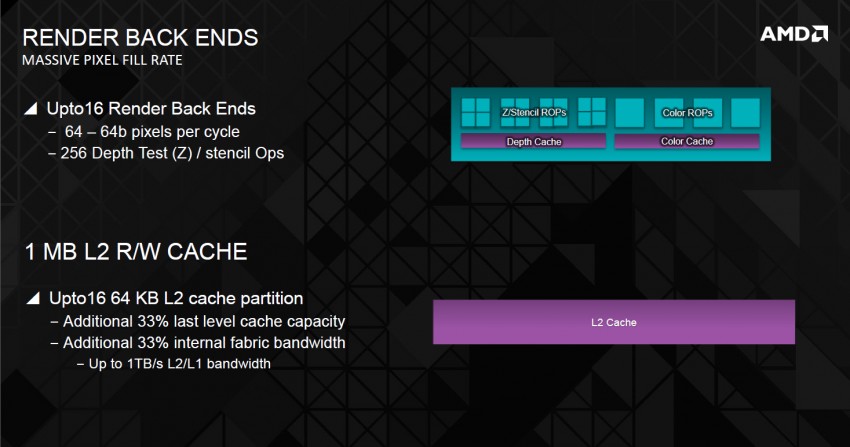 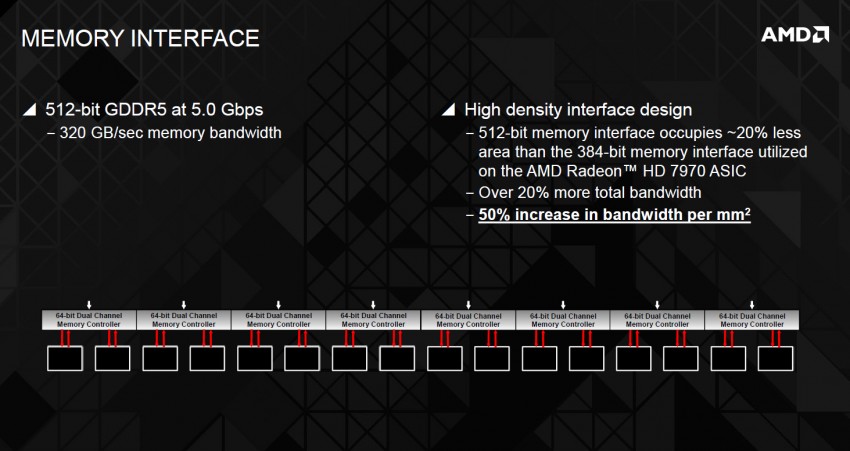 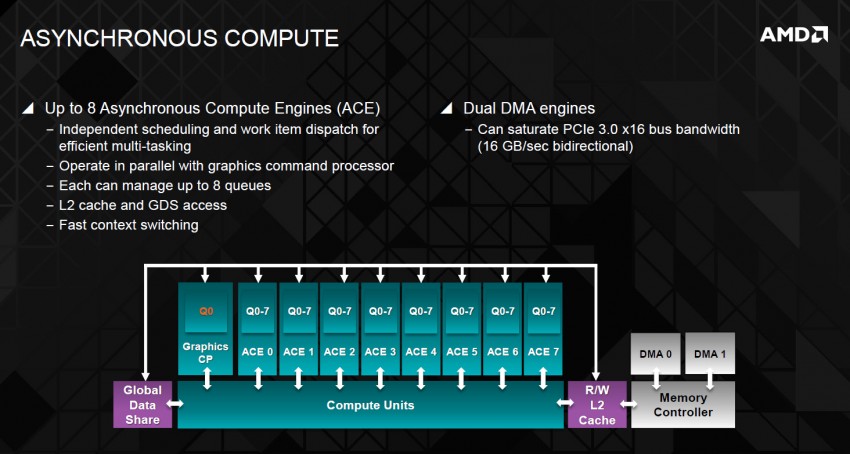 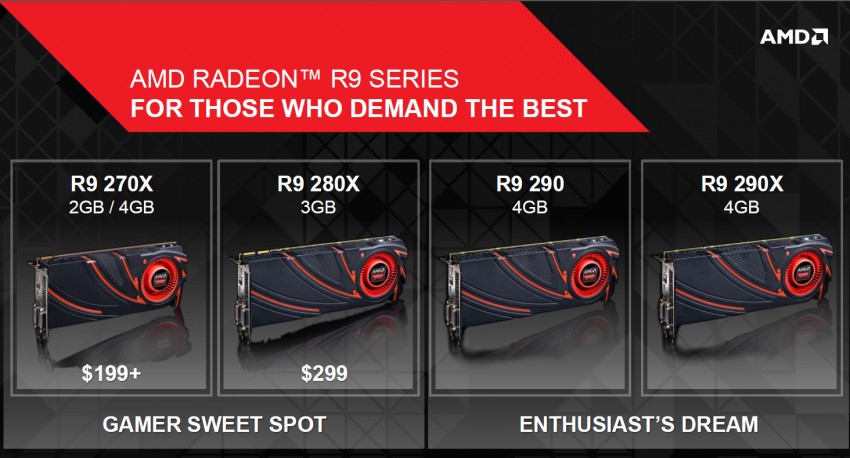