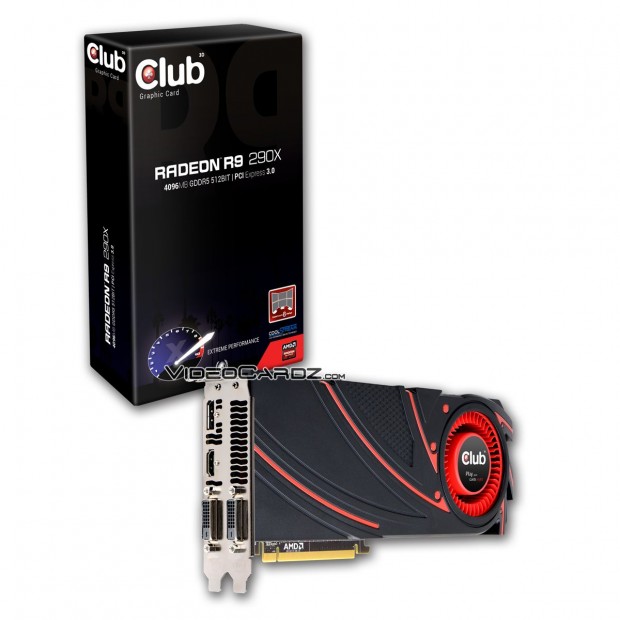 I know what you’re thinking: It’s only reference? :( . Unfortunately it is. In fact, I wouldn’t expect any custom models that soon.

The Club3D’s R9 290X is equipped with Hawaii XT GPU, which is now confirmed to feature 2816 Stream Processors. This card comes with 4GB GDDR5 memory across 512-bit interface. It’s a pure reference model, meaning it’s not even overclocked. That said we are expecting it will run at 1 GHz turbo clock and 5 GHz memory clock.

Club3D 290X has four display outputs, including two DVIs, one HDMI and one DisplayPort. Card is expected to launch next week. You can already find this model listed in few stores, so we also expect it to be available shortly after the launch.