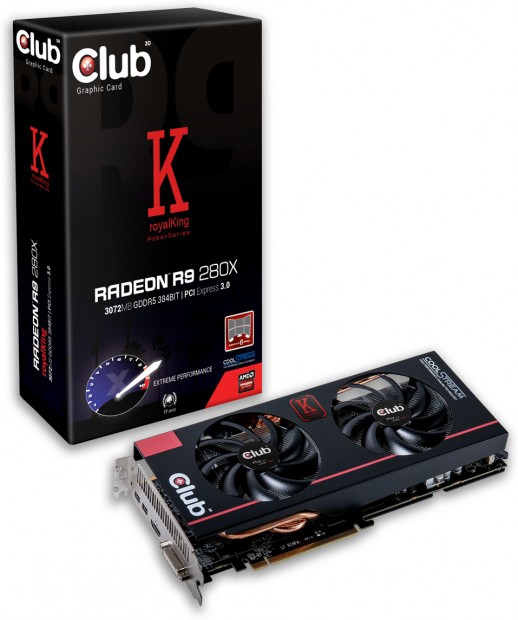 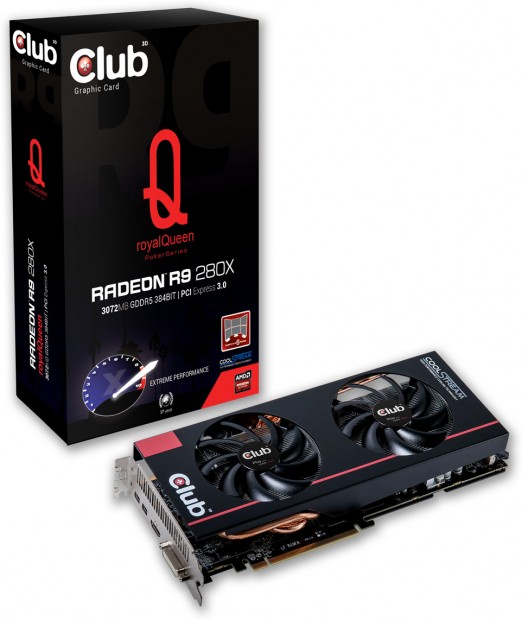 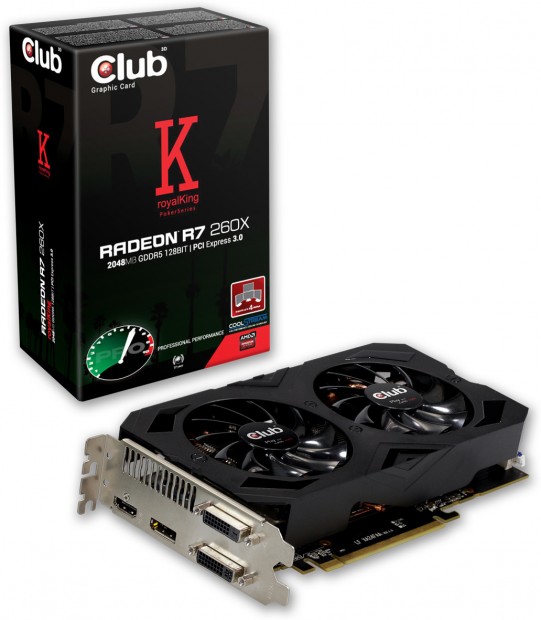 Club 3D launches Radeon R9 280X and 270X graphics cards. Since their introduction almost two years ago the HD 7970 and HD 7950 have been on top of the GPU food chain and, as a result of the recent price repositioning, are still very capable performers offering great value for money. But now it’s time to announce their successors in the high end, enthusiast segment. A new era in gaming has begun and gamers who demand the best deserve a new class of GPU’s. These GPU’s will carry the R9 label from now on. When you see an R9 card you can easily distinguish it as an enthusiast product.

A staggering level of performance delivered at a very attractive price! We are proud to announce the Radeon R9 280X. Armed with 2048 Stream Processors, 3Gb of GDDR5 memory, a 384 bit memory bus and 6000MHz memory speed combined with a clock speed of 1000MHz for the royalQueen version and 1100MHz for the royalKing version, the R9 280X allows you to play Battlefield 4 at 2560x 1440 resolution at maximum settings. Connect 4 monitors and enjoy all the performance that the AMD Graphics Core Next architecture has to offer and up to 6 monitors with Club 3D MST Hub 3×1. The Club 3D Radeon R9 280X cards are fitted with our high performance CoolStream cooling solution and a beautiful custom backplate so they will look great in any (windowed) case! If you are upgrading from a Radeon HD 5870 or 6970 you will get more than double the performance at a lower price point. The R9 280X card ships with the AMD Never Settle Forever Gold reward which allows you to choose three AA game titles from AMD’s growing range of Gaming Evolved titles.Club 3D Radeon R9 270X royalQueen
The Club 3D R9 270X is probably the most important card in the new line-up. The R9 270X hits the gamers sweet spot and is equipped with 1280 stream processors, a 1080MHz clock speed, 2 or 4Gb of GDDR5 memory running at 5600MHz and features our high performance CoolStream Cooling solution. This offers you outstanding performance at 1080p resolution with all the settings maxed out. It fully supports DirectX 11.2, OpenGL 4.2 so the 270X is capable of running all current and upcoming AA game titles with ease. Reaching a 3D Mark Fire Strike score of over 5000 points, the Radeon R9 270X offers you unbeatable performance at this price point.

AMD Mantle: apart from the new cards AMD has a very interesting development up its sleeve! Recently AMD announced project Mantle. What is Mantle

Club 3D MST Hub in combination with the new Radeon R9 cards.
None of the new Radeon R9 cards come out of the box with more than 4 monitor outputs. That does not mean the cards support only 4 monitors. With the use of a Club 3D Multi Stream Transport (MST) Hub every Radeon R9 card is Eyefinity 6 capable! Connect three monitors to the DVI and HDMI port, and connect the Club 3D MST Hub to the DP 1.2 output to enable 3 more monitors to be used. AMD Radeon cards are the only graphics cards that support 6 screen gaming, using the MST Hub.