So it’s official now. The reviews are out and the specs are confirmed. 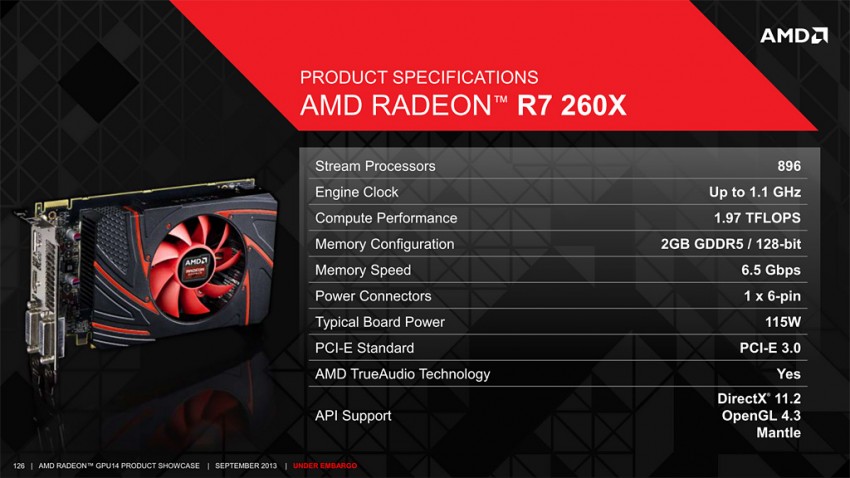 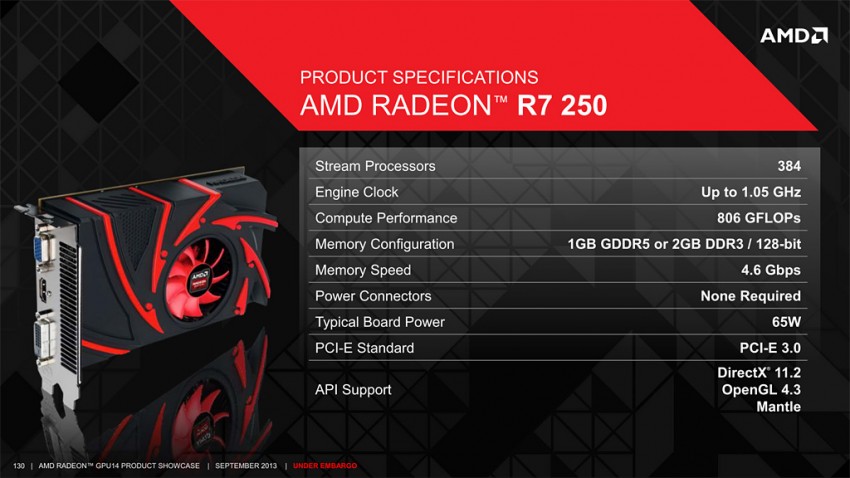 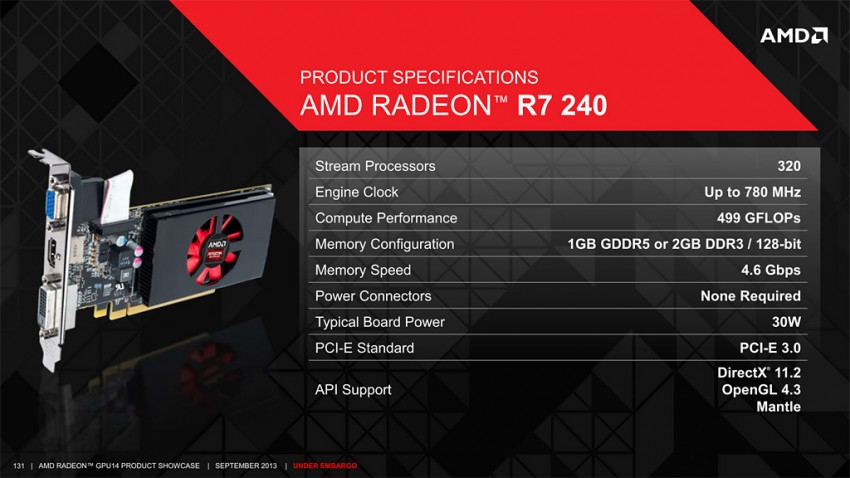 The slower variant of the Oland GPU (PRO) packs less cores — at 320. It’s also clocked lower than the 250 — at 780 MHz with boost. This card is available in at least four variants, all differing in memory configuration – you may choose up to 4GB memory. The cheapest R7 graphics model is now available for $59. 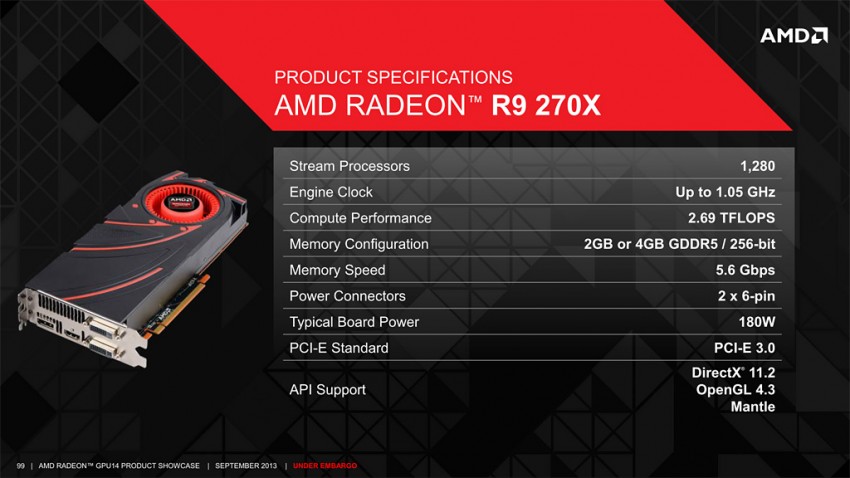 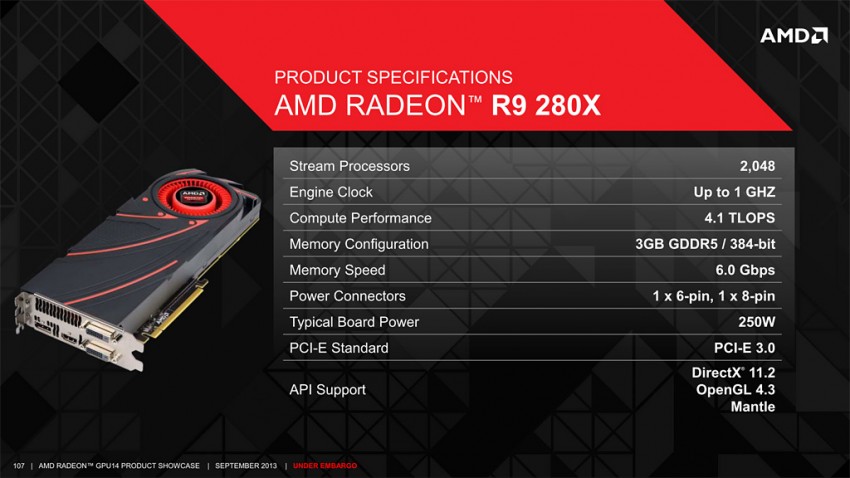 Currently the fastest R9 graphics card is obviously the 280X, a HD 7970 rebrand. It packs a Tahiti GPU with 2048 Stream Processors, 128 TMUs and 32 ROPs. The clock depends on the manufacturer, but according to the official slide it should oscillate around 1GHz. Even the TDP has not been changed dramatically — 250W.

According to Anandtech, you will be able to connect both HD 7970 and R9 280X in CrossFire, so if you were going to replace your Tahiti card then there is no need. Additionally it is said that AMD will no longer advertise base clock specifications. This is quite disappointing and seems misleading, but maybe AMD will explain their decision to do so soon.