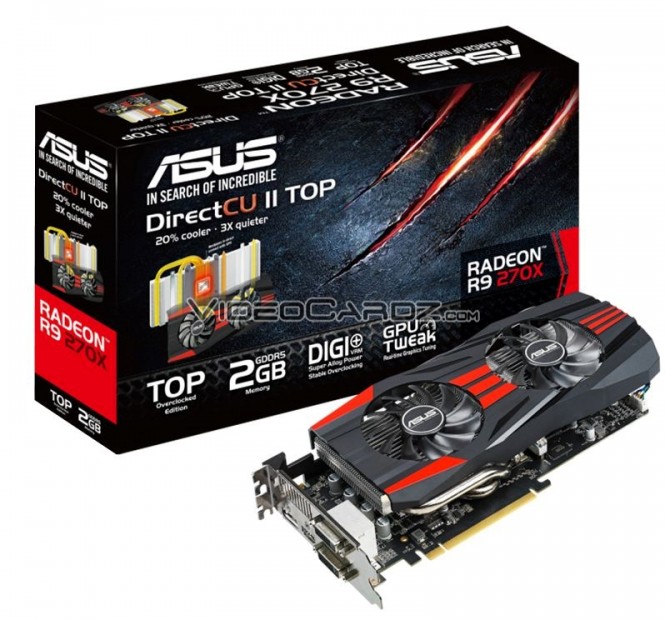 ASUS has updated its DirectCU II cooler for the R9 270X.

While Radeon R9 280X cooler looks exactly the same as on the GTX 780 DirectCU II, the R9 270X is slightly different. The layout of the heat pipes has been redesigned and the fans were replaced with a cheaper variants. According to ASUS this card is 20% cooler and 3X quieter, that would be in comparison to reference cooler. This sentence is repeated for all DirectCU cards so don’t expect it to very accurate.

The R9 270X was made for 1080p gaming, it is the slowest R9 graphics cards to feature 256-bit memory bus. ASUS has equipped this card with 2GB GDDR5 memory, which should be sufficient enough for a casual gamer. The R9 270X packs Curacao XT GPU with 1280 stream processors. The GPU is clocked at 1120 MHz, which is presumably a boost clock, because ASUS didn’t make it clear enough. The memory is running at reference 5600 MHz which gives a bandwidth of 179 GB/s.

Of course just like all other DirectCU TOP models also this one is equipped with DIGI+ VRM with Super Alloy Power technology. The R9 270X DC2 TOP has 6+2 phase design, which in comparison to the reference 5+2 should result in better stability and overclocking.

And if you’ve been wondering about the performance, in comparison to the reference card the R9 270X DC2 TOP is around 4% faster (reference card is already faster than HD 7870 by few %). 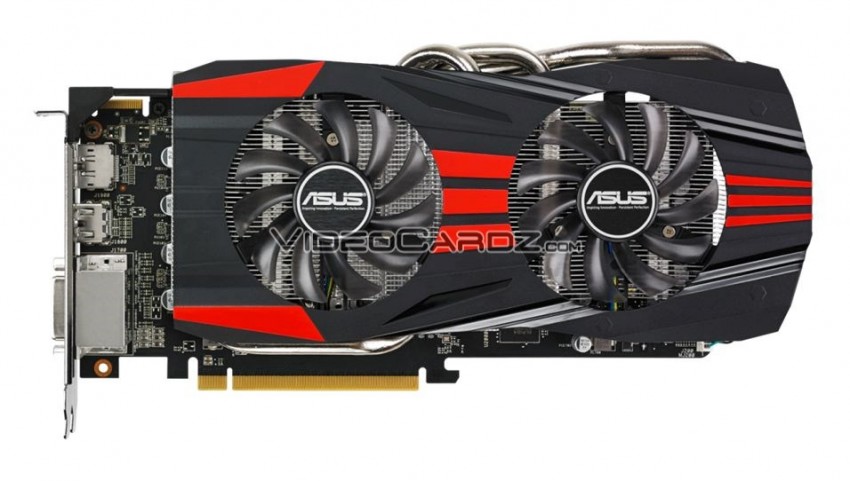