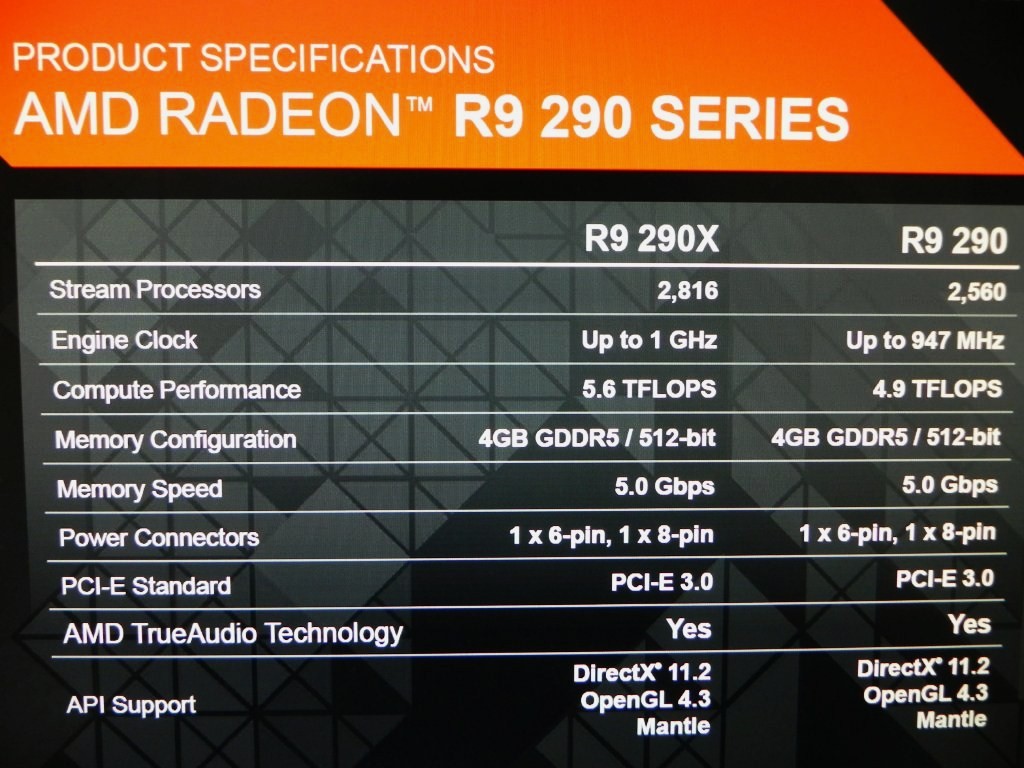 A slide with almost full specifications on both R9 290 series graphics cards has been posted by Hermitage Akihabara.

This is the first time we see any official information about the non-X model. The Radeon R9 290 will feature 2560 Stream Processors. This slower Hawaii-based variant will be clocked at 947 MHz, which is a Turbo clock for the new R9 290 series.

Not surprisingly the R9 290 will feature 4GB GDDR5 memory across 512-bit interface. This is very good information, because it proves that AMD did not change the memory configuration in any way in comparison to 290X. The rest of the specs is the same on both cards. Both have memory clocked at 5 GHz with a bandwidth of 320GB/s. Both have two power connectors: 8-pin and 6-pin, but the information about the TDP was not posted.

Shall I say the specs are confirmed yet again? No, there’s nothing new here. The number of ROPs still remains a secret, but let me remind you that the rumor has it that R9 290X has 64 ROPs. The slide confirms that R9 290 has 2816 SPs though. The R9 290X is clocked at 1GHz which gives 5.6 TFLOPS of single precision floating point computing. 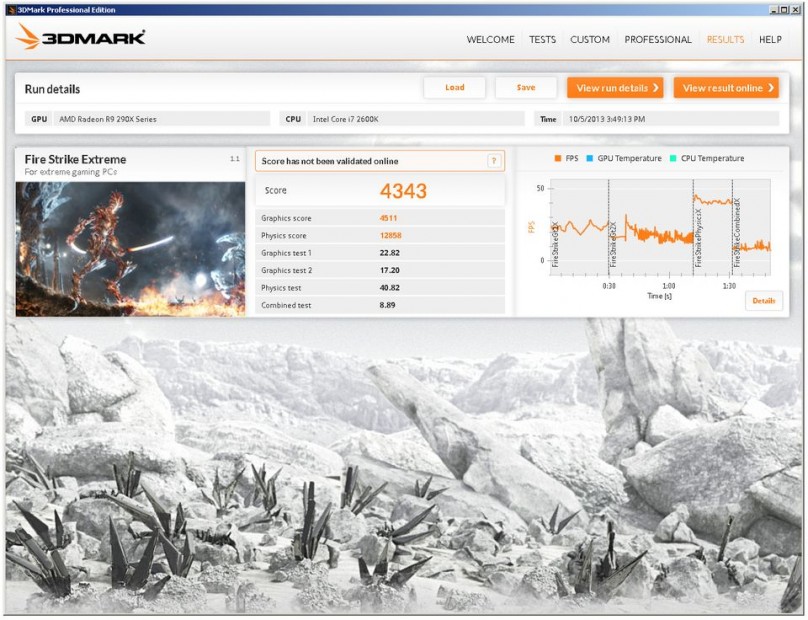