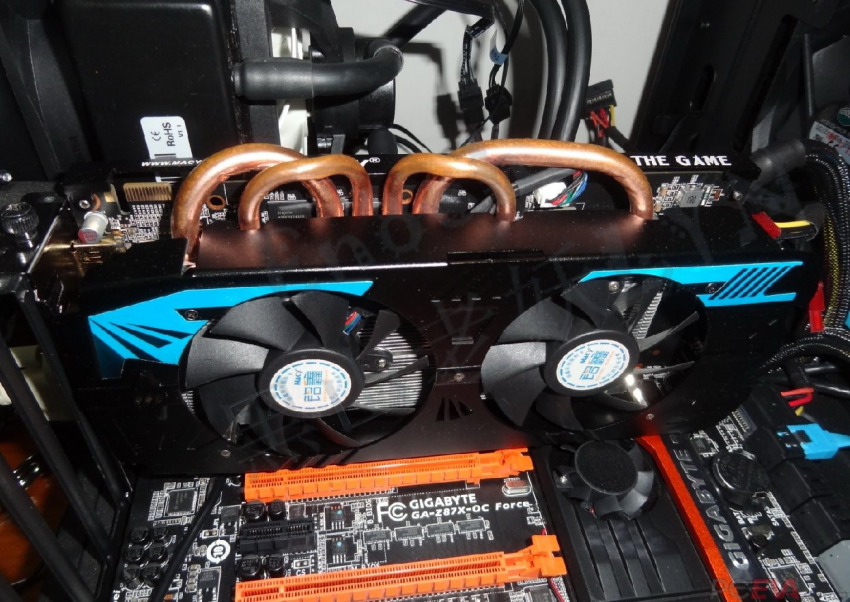 The rumor about new mid-range graphics cards from NVIDIA seems to find some clarification. 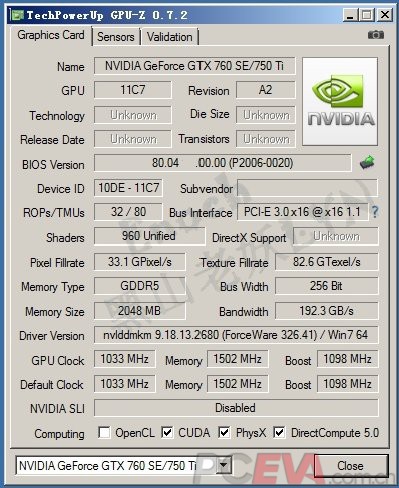 On PCEVA forums you can find some interesting details about the upcoming new graphics card from NVIDIA. The so called GTX 760 SE or GTX 750 TI is yet another GK104-based graphics card. This could actually be the same card that we found few days ago in the latest drivers.

Additionally the clocks are not the same as on GTX 660, we are looking at 1033 MHz base clock and 1098 boost clock. Although this might just be the sample that was leaked (it doesn’t look like a reference board).

The same source claims that NVIDIA will now reduce the price on their GTX 650-760 lineup. The GTX 750 Ti will fit somewhere in between.

NVIDIA GeForce GTX 750 Ti might be released this month, although no specific date was mentioned.

By the way, the card on the picture was manufactured by MACY.