UPDATE: The rumor has is that the number of ROPs is actually higher – 64.

Few days ago they claimed that the bundle was postponed, however the retailers have a different opinion. In fact the bundle is already available for preoder, starting from 7299 SEK.

One of the stores even posted the final specifications (source):

This is pretty much what we’ve expected. The R9 290X will feature Hawaii XT GPU with 2816 Stream Processors. In addition to that we have 176 TMUs and 44 ROPs (I have at least two different sources claiming it has 64 ROPs). The base clock is 800 MHz and Turbo clock is 1000 MHz. You should probably get used to turbo clock, since this is how AMD is calling their boost clock from now on — the mechanism of this technology is very similar NVIDIA’s temperature driver GPU Boost, but for details you will have to wait at least two weeks when proper reviews will be published.

According to the information posted by Inet, there are at least four different manufactures selling their cards — ASUS, MSI, Gigabyte and Sapphire. The other store, which posted the specs, claims that the cards will be in stock starting from October 11th, few days prior to the embargo date. 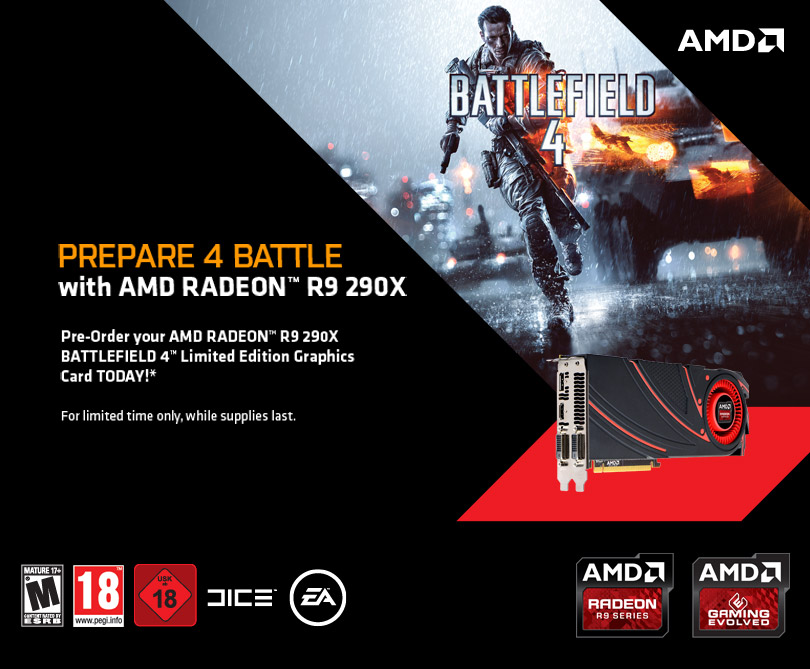 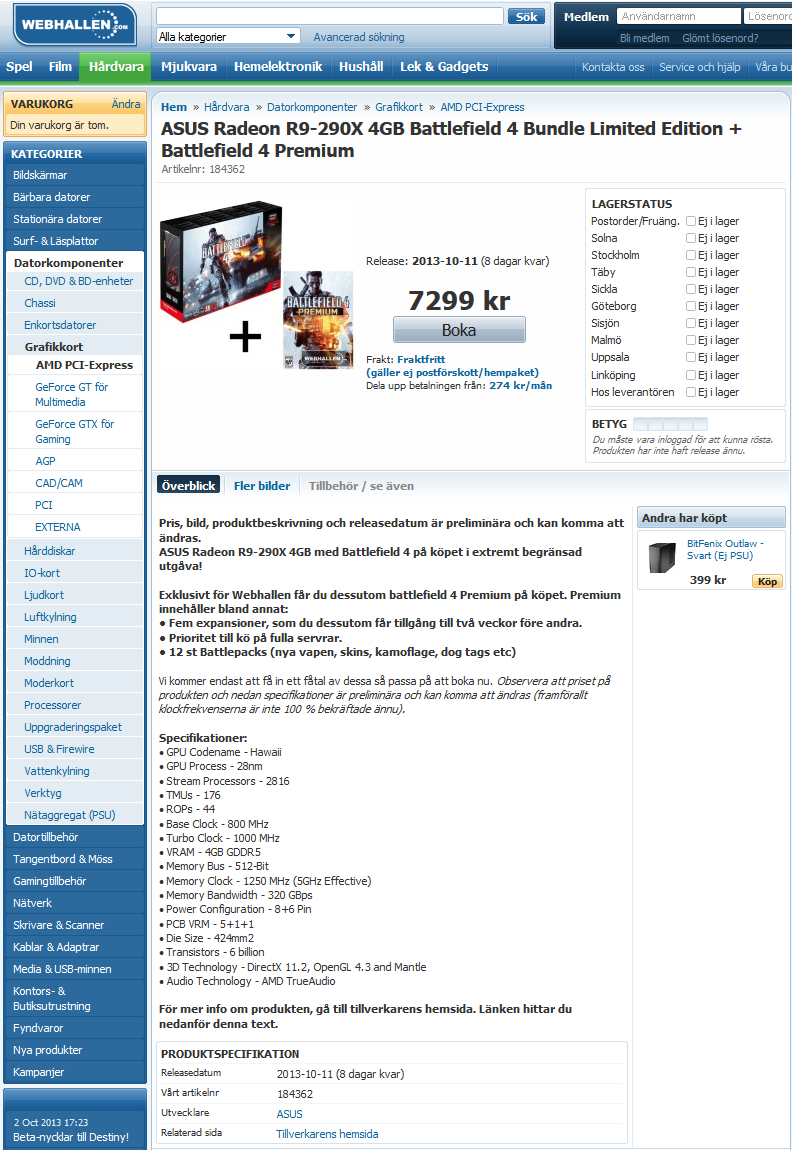