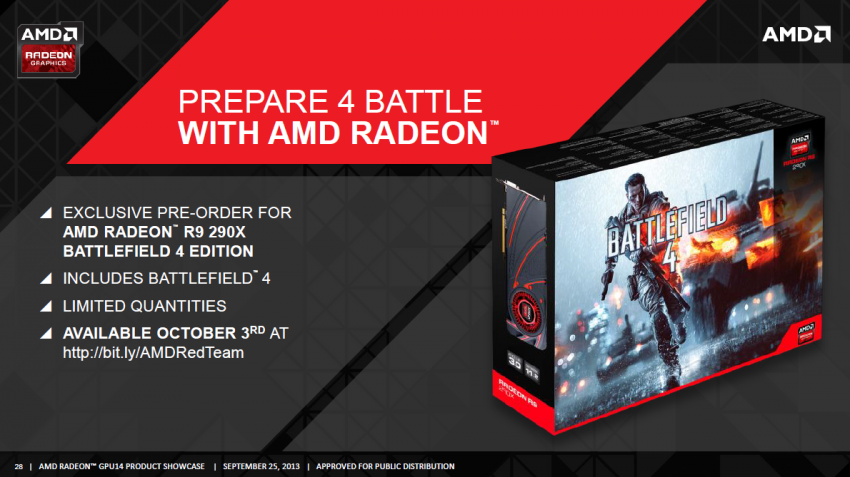 According to SweClockers AMD has just informed retailers not to accept the preoders on the R9 290X Battlefield 4 bundle.

During the GPU Tech Day AMD announced that starting from October 3rd everyone will be able to pre-oder R9 290X packed with an exclusive title – Battlefield 4. Apparently this is no longer true. SweClockers claim that this could be related to the very limited quantity of  available R9 290X graphics cards on the market, or more precisely being manufactured.

Let me just add my two cents. From what I know the R9 290X should be released sooner than 280X and 270X. However I have not seen a single graphics card based on Hawaii GPU from vendor other than AMD itself. This could mean that AMD may indeed have problems with making their card available worldwide in just two weeks, when NDA ends.

Few days ago LegitReviews claimed that the bundle will be available in a very limited number of 8,000 units. What is even more surprising is that the specifications and the price would not be disclosed before taking an order.

Therefore we have two sources, one claiming that the launch is postponed while the other telling us that the BF4 bundle will be available worldwide on October 3rd. From my experience SweClockers are usually correct in terms of unverified stories. Either way, I guess we will have to wait for more credible information from retailers themselves. 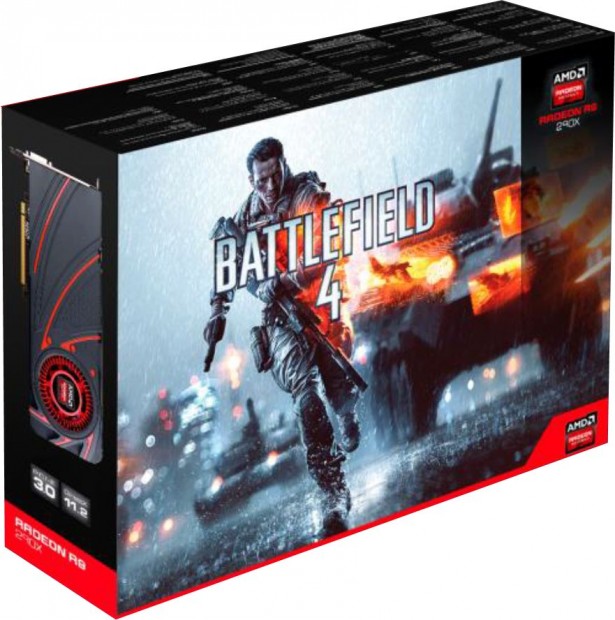