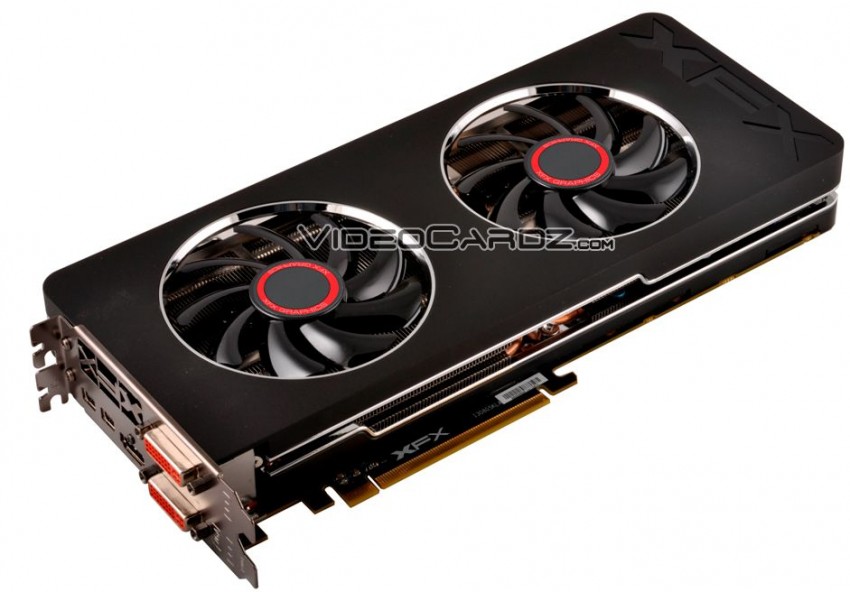 Yesterday AMD announced its new R200 series. We all expected details on the new graphics cards, because that’s what this event was supposed to be about, right? Instead we were just shown a glimpse of future AMD offering and some audio-related news.

Anyway it seems that today AMD is doing NDA briefing to everyone who flew to Hawaii. That said, we cannot expect any official details on R9 290X sooner than October 3rd, which is the day you will be able to pre-order R9 290X it with BF4.

Of course R9 290X was not the only announced model. We still have slower cards like Radeon R9 280X to talk about. I’m sure that most of you will now be looking for good offers on 7k series models. There is a good reason why you should look at R200 models instead, and the example came from XFX, which is featuring a new cooler design. Here let me just say they did a great job. It looks just about perfect — slick and expensive, pretty much what you expect from a high-end graphics card for a reasonable money.  The R9 280X is a HD7970 GHz Edition refresh, so yes, this is pretty much the same card, only with a new cooler. The latest leaks suggest that some 280X card will run at higher memory clock than 7970 (6.4 GHz vs 6GHz). This is probably the main difference between the 7k and R200 series.

Moving on to specs, we have 2048 Stream Processors, 128 Texture Mapping Units and 32 Raster Operating Units. Additional we have 3GB GDDR5 memory across 384-bit interface. The card is equipped with five display outputs: HDMI, two mini-DisplayPorts and two DVIs. According to XFX their R9 280X will support DirectX 11.2, OpenGL 4.2 and OpenCL 1.2. It is capable of running QuadHD/4k resolutions. It also supports  AMD HD3D, AMD PowerPlay, Blu-ray 3D and CrossFire up to 4-way configurations.

Clock speeds, launch date and the price remain unknown (but it should be slightly above reference model — $299 – $329). 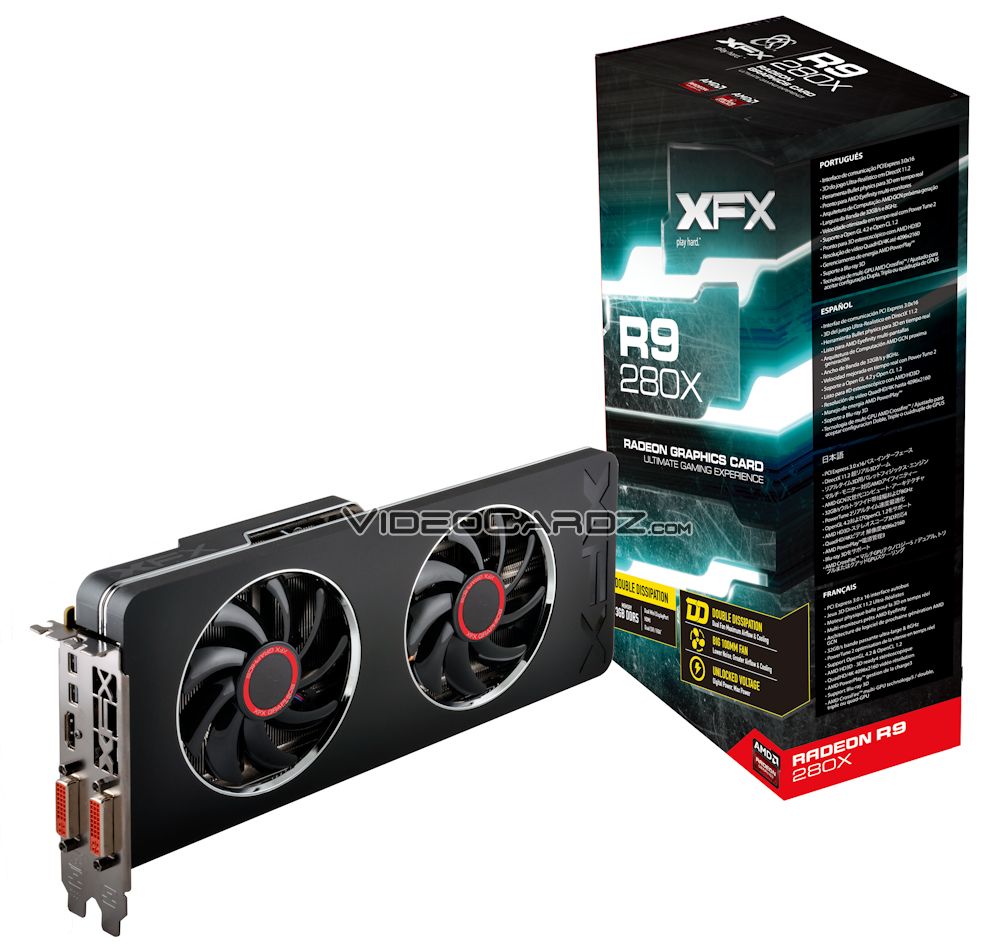 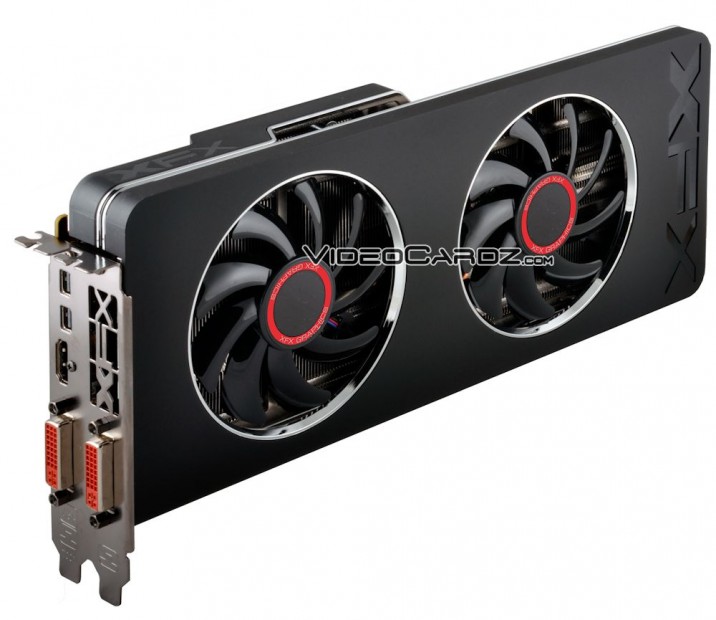