More and more leaks are emerging about the new Hawaii GPU. 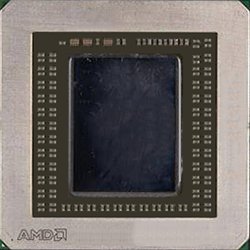 It is more or less confirmed that Hawaii will have 2816 cores. The exact configuration is:

So as you can see there are less ROPs than we thought. Sources are also saying that the GPU is around 420 mm2. The leaked review you’ve seen yesterday shows the performance with non-reference clocks. It’s worth noting that R9 290X will have a Turbo Mode. That said we believe 1020 MHz (1GHz) clock was obtained with this mode enabled. The real clock is lower (around 900 MHz). Without Turbo R9 290X will be slower than TITAN.

One other thing. The fastest Radeon R9 290X might cost $650 USD, that’s the latest information on the price (it could be $599 for reference and $649 for non-reference models).

Here are updated specs. The information about 1125 MHz clock comes from this entry (please note that parsing error did not provide any GPU specs other than clock speeds).

We did not confirm that R9 290X will use full Hawaii GPU (the table below may be incorrect).