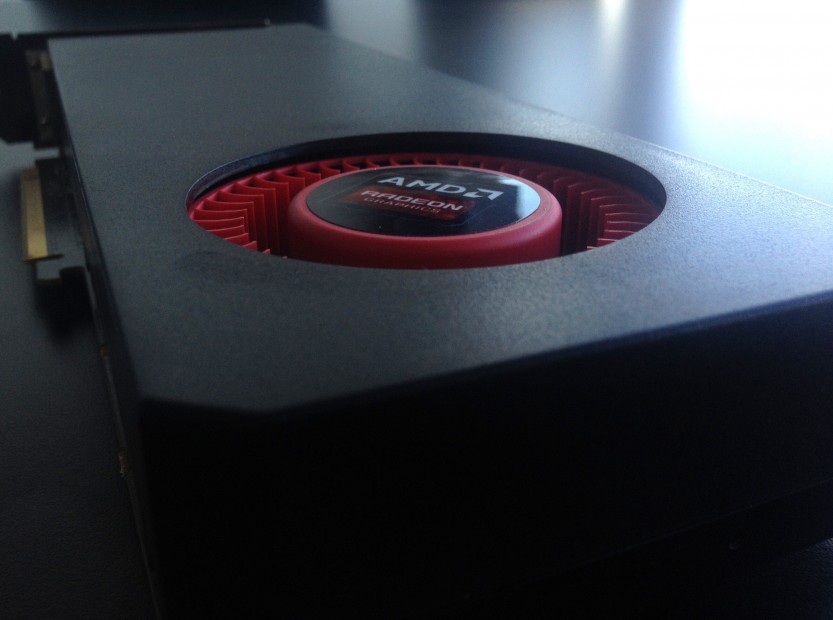 Well apparently the rumor was true, AMD Hawaii GPU has (supposedly) 512-bit interface and 4GB memory according to leaked photos.

AMD’s Radeon R9 290X equipped with Hawaii XT GPU is said to have at least 2560 Stream Processors. Some claim it will have 2816, which is not exactly confirmed. In fact the information we have indicates that the full Hawaii GPU will go straight to FirePro model, whereas the 2560 edition will be used for a Radeon flagship. That’s the rumor of course. I could not verify anything because AMD is very quiet about their new release.

It doesn’t take a lot of effort to count the memory modules. You can easily find sixteen 256MB modules with a total capacity of 4GG, (EDIT: There is no space on the back of the PCB, we won’t see 8GB Hawaii cards unless AIB partners come up with a custom solution). Nevertheless, 4GB memory size obviously suggest 512-bit memory bus. It is true that it could be 256b as well, but that would probably scare off the customers.

Additionally we have a picture from Twitter where Johan Andersson (Technical Director on Frostbite at DICE) claims that he got a sample straight from AMD. If that’s true then he is in a big trouble right now. However it wouldn’t be surprising if this would be a controlled leak. Do you remember the HD 7990 which was leaked by… DICE?

The leaked picture of the cooler suggest it’s a blower type without much happening on the top. It actually looks like an engineering sample, rather than a actual reference design. 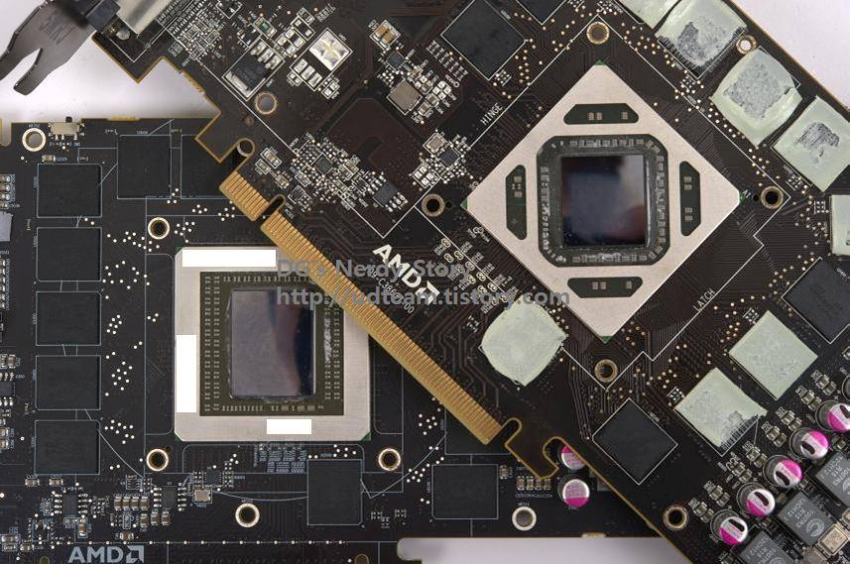 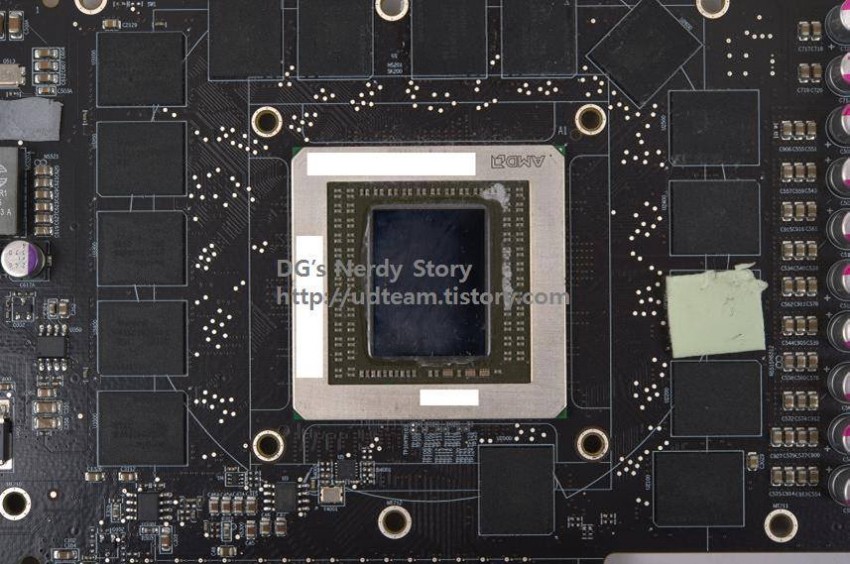 Many thanks to ktx95 for the pictures of the PCB!