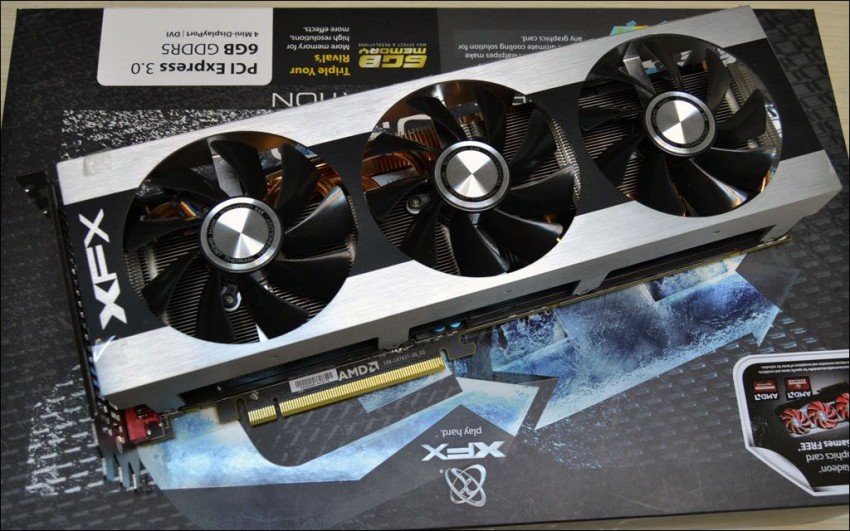 AMD  has finally let its AIB partners to modify the Radeon HD 7990 Malta. XFX is the first company to announce a custom model with triple fan cooler.

XFX Radeon HD 7990 Triple Dissipation is a triple-fan and triple-slot graphics card. In comparison to custom HD 7990s which were launched earlier by TUL Corporation we have the newest addition to Radeon family — Dual Tahiti XT codenamed Malta. We are looking at factory-overlocked configuration at 950/1000 MHz, with the  memory running at stock speed. The XFX HD 7990 TD is equipped with 6GB GDDR5 memory across 768-bit interface (2x 384b).

XFX Radeon HD 7990 Triple Dissipation will soon be available for purchase. Currently you can only get one of these in China. 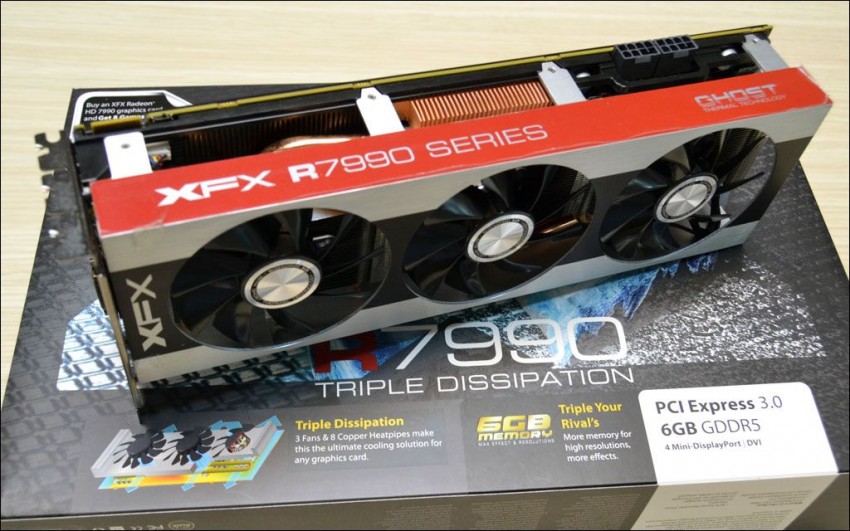 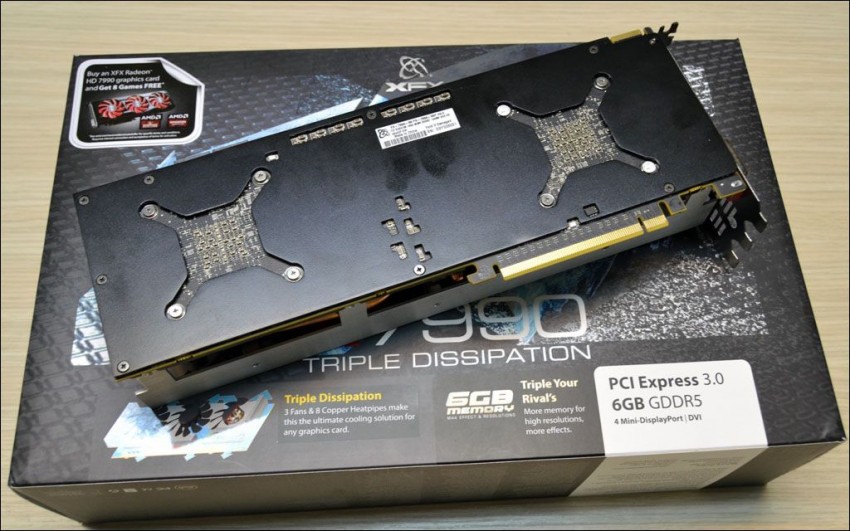 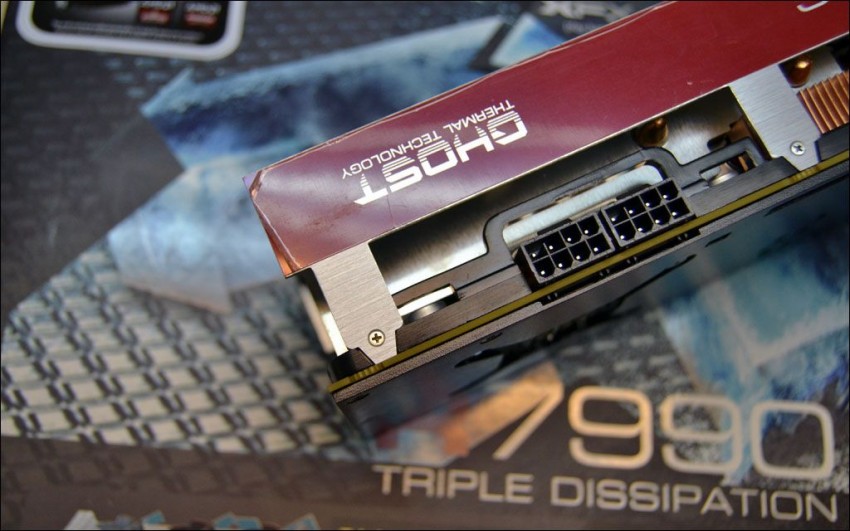 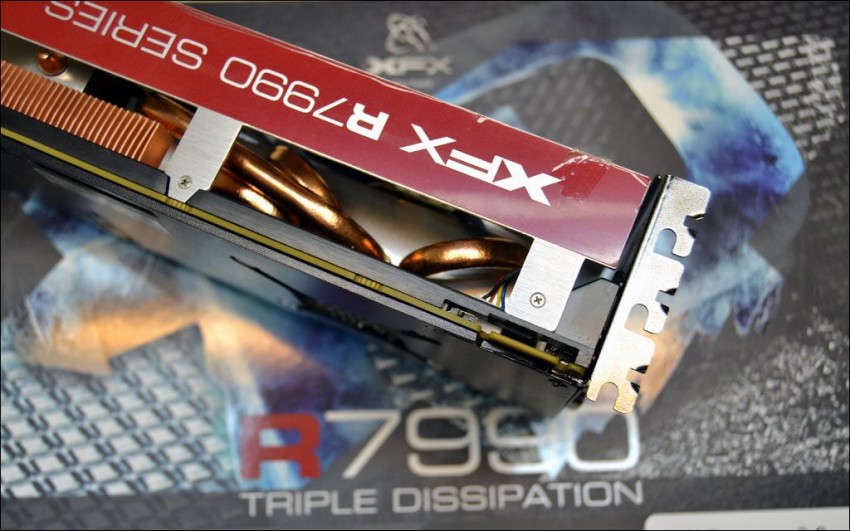 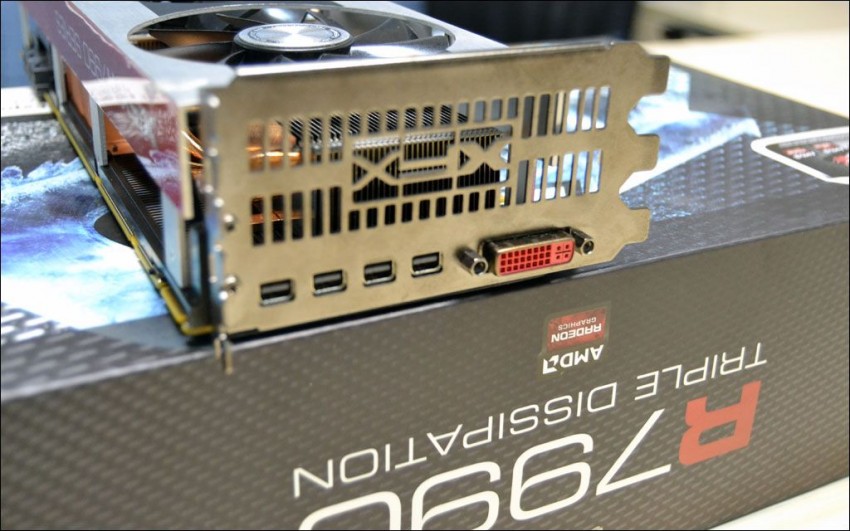