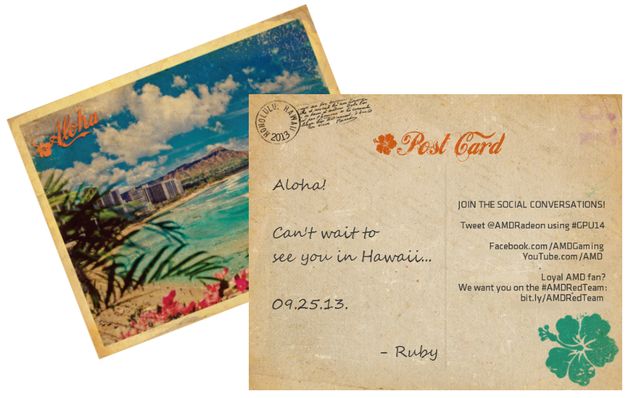 Is this the news were are all waiting for? The NDA on Hawaii architecture will be lifted on September 25th. Today AMD confirmed they will showcase a new GPU, it has to be Radeon R9 290!

A real-time video webcast of the showcase can be accessed on the Investor Relations home page: ir.amd.com. A replay of the webcast can be accessed approximately one hour after the conclusion of the live event and will be available for 30 days after the event.