While we are anticipating the new AMD Hawaii graphics cards, PowerColor has just announced that their future models will feature a new cooling solution which is equipped with Double Blades technology.

According to PowerColor new blades will increase the airflow up to 20%, in comparison to stock coolers. This will definitely improve thermal dissipation of the new cards. It’s quite interesting that PowerColor decided to update their cooling technology right now. It could give us a small hint of the future PowerColor offerings. The Doulbe Blades technology will most likely be adopted by Hawaii-based graphics cards soon. 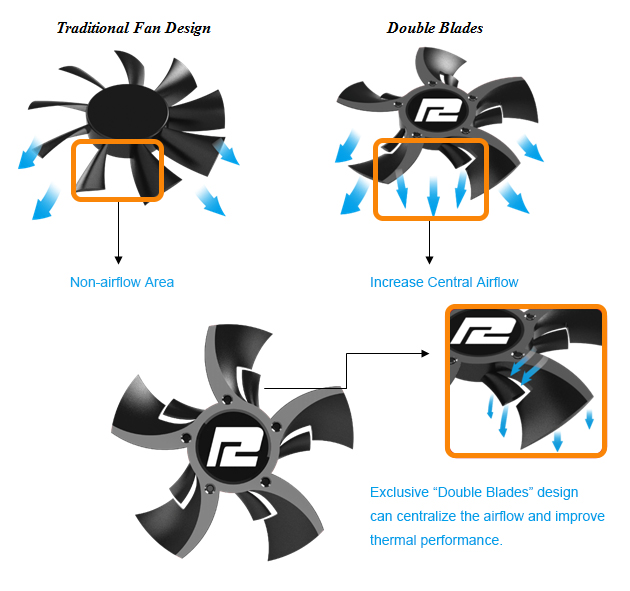 Taipei, Taiwan –Sep. 12, 2013 – TUL Corporation, a leading manufacturer of AMD graphic cards, collaborated with our thermal partner and successfully develop the patent thermal solution, the “Double Blades”. The “Double Blades” derived from its fan outlook, this exclusive design adds an extra fan blade attaches to the original one; the extra fan can absorb airflow into the centre, and increase up to 20% airflow compared to the traditional thermal design, even can prevent the dust depositing at the bearings and the bottom of fan, prolonging the life cycle of the thermal, also video card.