We might have just learned the final name of the new Radeon Volcanic Islands series. With the data provided by our friends from techPowerUp, we can conclude a list of the upcoming Radeon graphics cards.


Although this information was already confirmed by three different sources I cannot guarantee that AMD will change their plans right before the launch, thus please take it with a grain of salt.

When I first wrote about the new Radeon naming I wasn’t really sure if that was true. All we had was an article from Semi Accurate and speculation. Today I can tell you more. Apparently AMD made a survey few months ago asking how to name their next cards. One of the possibilities was Radeon Rx 200. According to the latest information this is in fact the final naming of the new cards. The high-end models will probably end up with R9 prefix, other segments will be named under R8, R7, R6 and R5 labels respectively. The Rx symbol will then be followed by a model number. The next series will start from 200, then move to 300 and so on. So yes, it’s pretty much what we’ve expected, only without the Desktop part.

I will give you an example for Radeon HD 7990 successor, supposedly based on dual Hawaii GPU, also known as Tonga. The AMD Radeon R9 290, as it’s believed to be named, is plain and simple. Things get little confusing if we move to Radeon HD 7970 successor. At this time we don’t know if it’s going to be named R9 285 or 280.  If we move down the list to HD 7870 successor we will end up with R8 275. Of course this is just the speculation, all we know for sure is that AMD itself suggested R9 290, so we treat it as a starting point.

With the new naming schema, AMD can position their products in more reasonable way, with a smooth transition from high-end to entry-level segments. That’s important since some leaks suggested few Hawaii variants. If that’s the case, then we shall expect cards named from R9-290 to 270 based on on the same processor, only with disabled units and less memory modules (this would also explain quite a few memory configurations in earlier leak).

Furthermore we should also mention that Radeon R-200 series will include many rebranded GPUs. Starting from Cape Verde and Pitcairn and Bonaire.

AMD is also working on mobile graphics cards. It was earlier revealed by an entry in Catalyst files that mobile parts will receive the M prefix right in front of the model number. So far we know about Radeon R5 M200, most likely based on Sun GPU.

Of course that’s not the end of R-200 series. The new naming will most likely be adopted for integrated graphics, expect R-D200 or R-I200 as well.

I will keep digging into this story, if something new pops up I will update this post or make a new entry.

Many thanks to T4C Fantasy 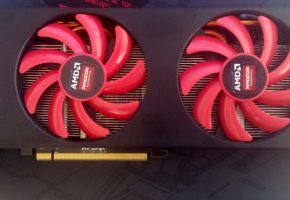 PowerColor PCS+ R9 290X gets a boost with 8GB buffer