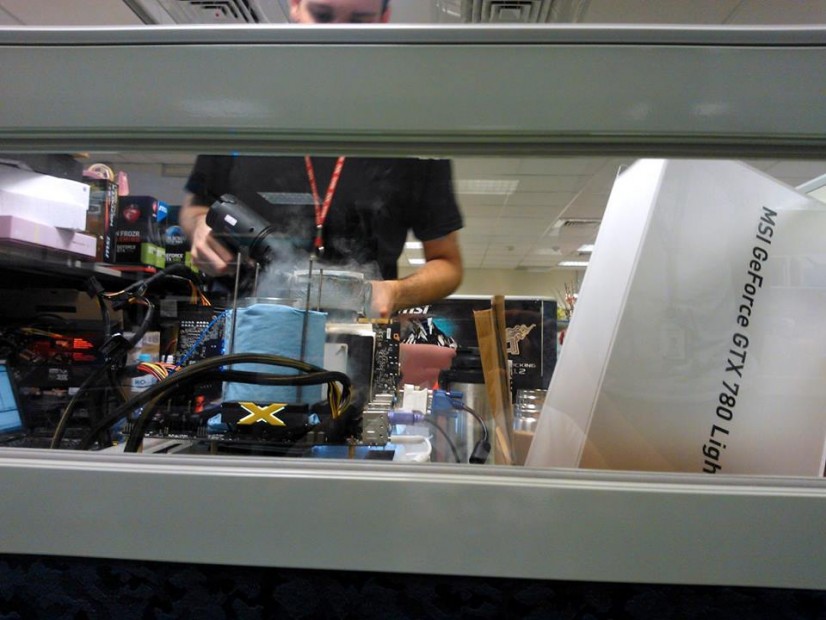 Yesterday MSI announced that their upcoming flagship — GeForce GTX 780 Lightning — will be released on August 7th. Today we have the first picture of the card directly from MSI’s Facebook.

The myserious box has been uncovered and we have a first peak at the latest GeForce GTX 780 from MSI. The new card that will be launched next month was clearly designed for extreme overclockers as shown on the picture with Jon “Elmor” Sandström breaking a new record (it’s the same guy who advertised GTX 680 Lightning).

So far we know that MSI GeForce GTX 780 Lightning (N780GTX-Lightning) will be first and only graphics card to feature Twin Frozr V cooler. According to the information provided by MSI representative on Overclock.net forums, the company was working on the card for almost a year, which should give you an idea how important this model is for them.

Furthermore we can spot that the card will feature a custom PCB and with a pair 8-pin power connectors. Unfortunately the Twin Frozr V cooler was not pictured, since Elmor was using Liquid Nitrogen Evaporator.