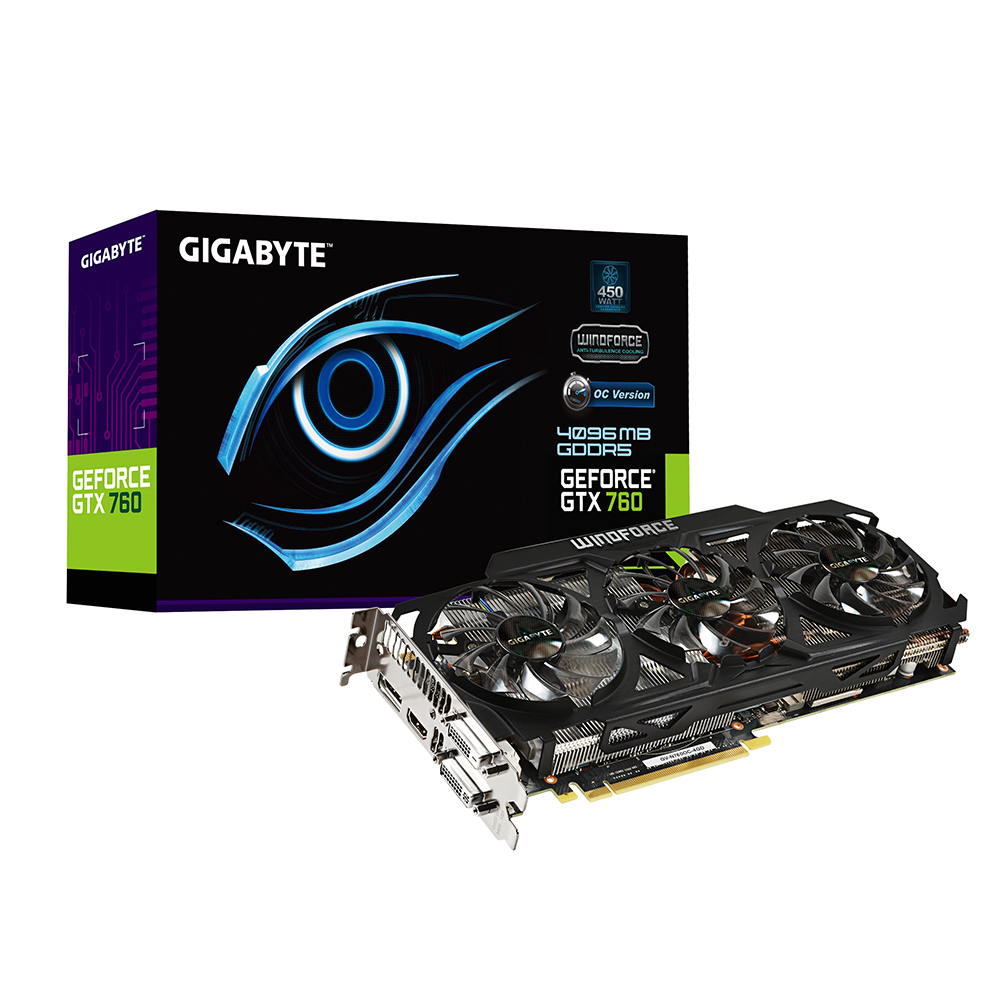 Today Gigabyte has updated its GeForce 700 lineup with a new GeForce 760 model.

The latest Gigabyte GTX 760 from Gigabyte is equipped with 4GB GDDR5 memory, which is twice the capacity of the reference models offer. The card is equipped with a new revision of triple-fan WindForce 450W cooler. It’s also overclocked to 1085 MHz base and 1150 MHz boost, while the memory remains untouched at 6GHz frequency.

According to the pictures the GV-N760OC-4GD is based on a Gigabyte GTX 770 PCB, equipped with the same cooler. This card requires both 6 and 8-pin power connectors, to support 8-phase VRM. The WindForce 450W cooling solution uses two aluminum fin arrays connected by 6 copper heat pipes.

The Gigabyte GTX 760 WindForce OC 4GB is expected to cost around $300. 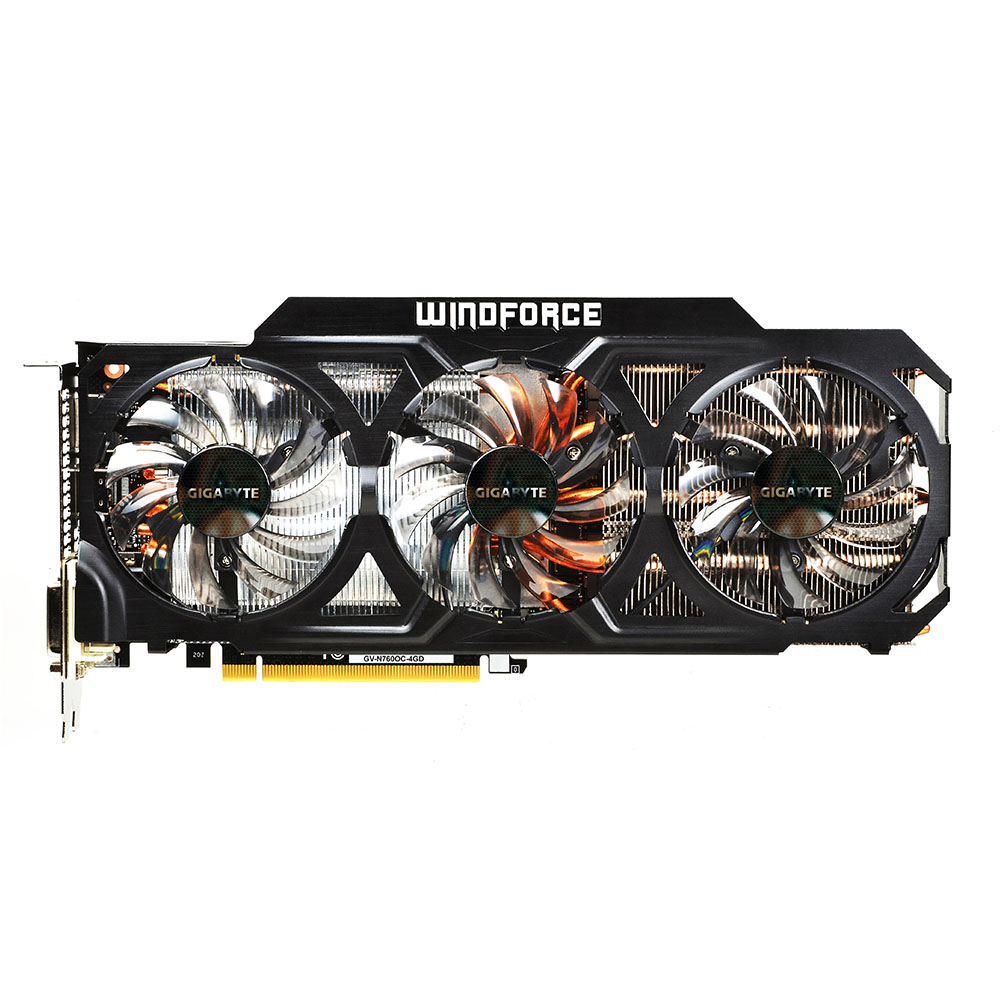 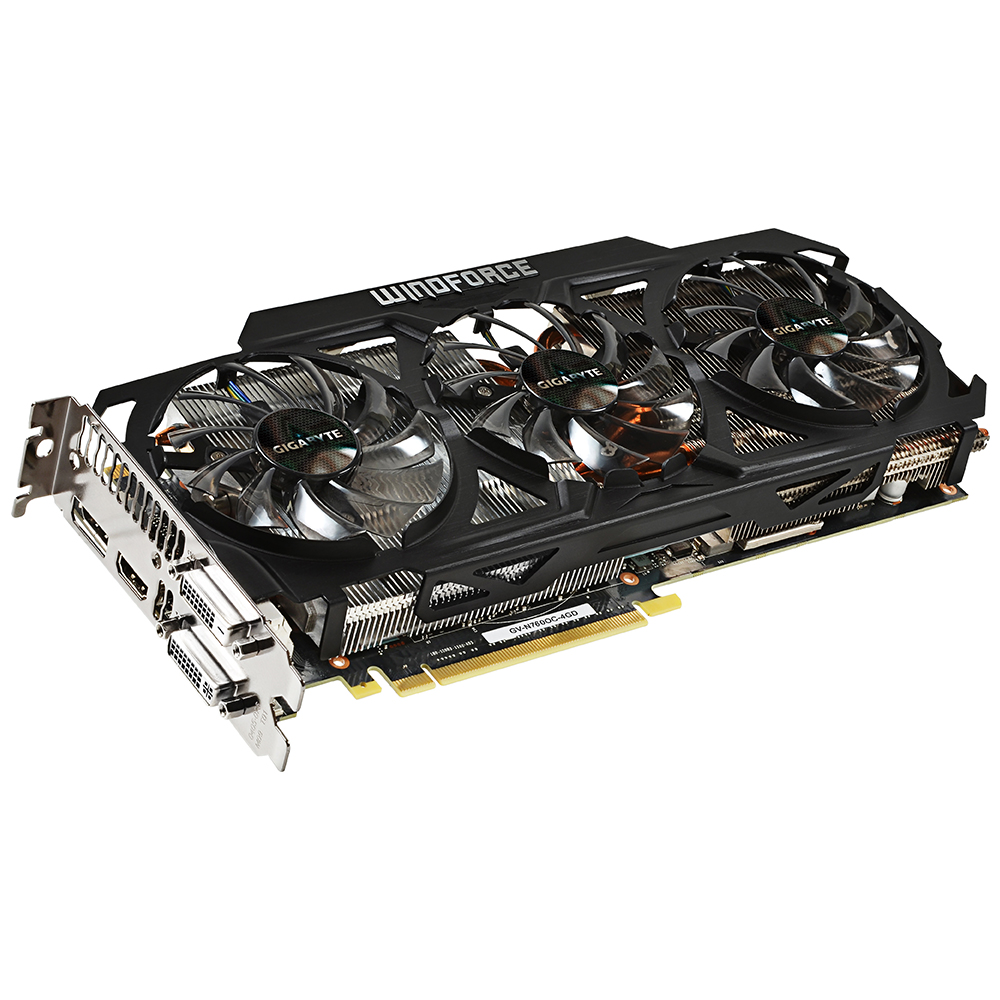