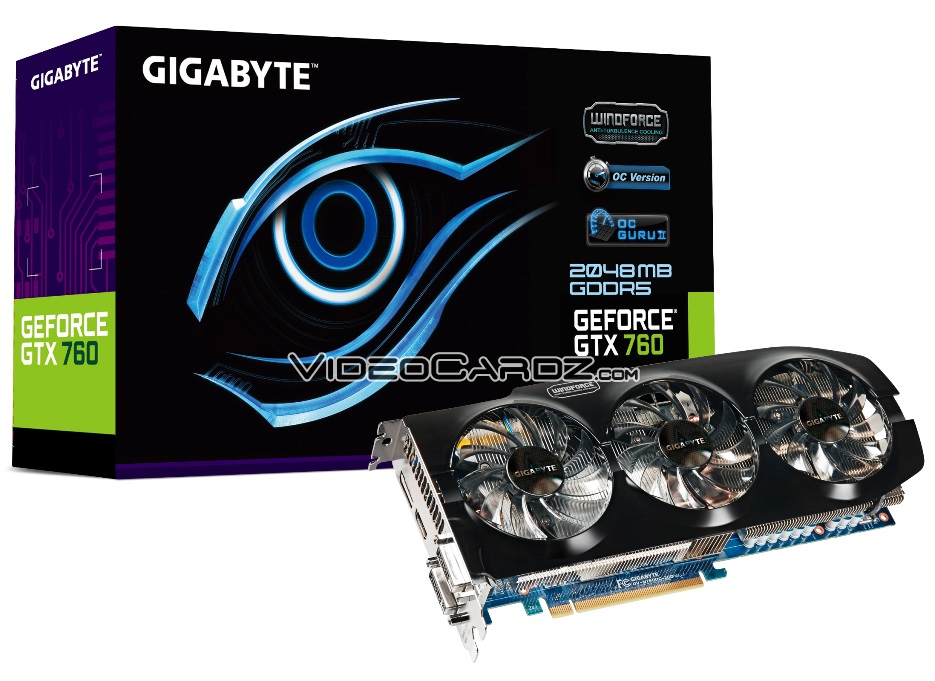 Following my previous post about this card, we finally have more details about the upcoming mid-range model from Gigabyte.

Like it or not, Gigabyte did not use their latest WindForce cooler design on this one. In fact, they used the old one from 600 series meaning the cooler shroud is made of plastic rather than metal. But if that doesn’t bother you much, then there are some good news too. The PCB is fully custom, and it looks like a rip off from GTX 670/680, not to mention it will support/require 6+8pin power connectors, so it should overclock well.

What is also interesting about this particular model is that it has highest clocks from all GTX 760s at the moment (EDIT: actually it has the same clocks as EVGA’s FTW model). With a base clock of 1085 MHz and boost clock of 1150 MHz we are looking at 100 MHz overclock in comparison to stock settings. The 2GB GDDR5 memory is supported by 256-bit interface. The memory clock is 6008 MHz, meaning it’s not overclocked (actually not many manufacturers decided to manipulate the memory clock).

Please note the that the specs mentioned in this post are probably a subject to change, since they also included 1344 CUDA cores, which is not correct. 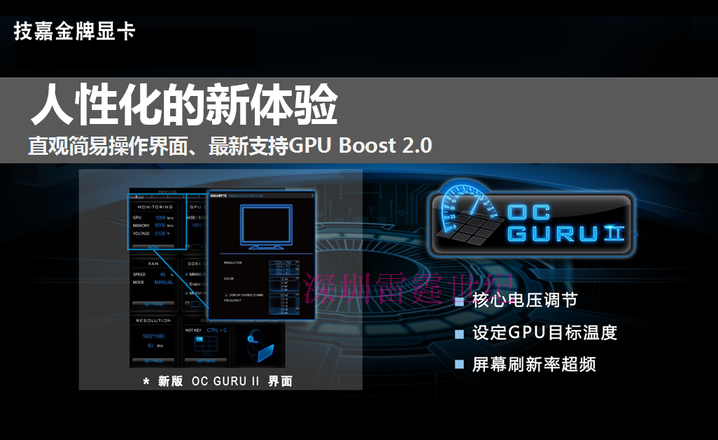 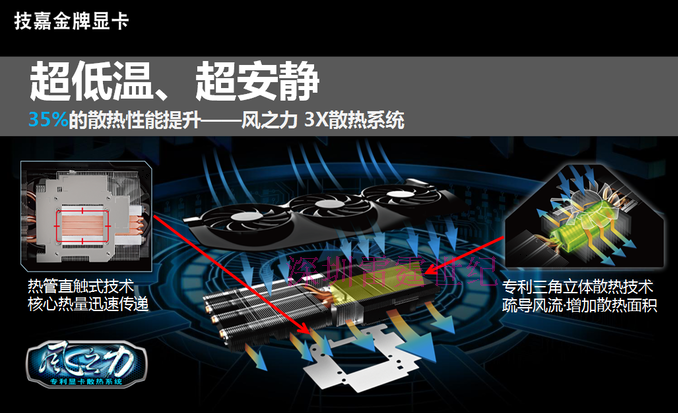 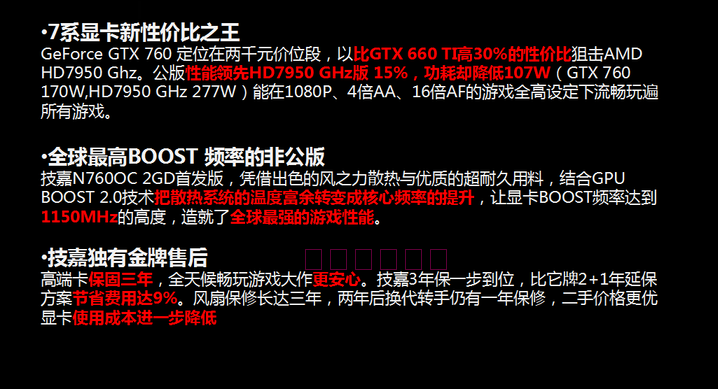 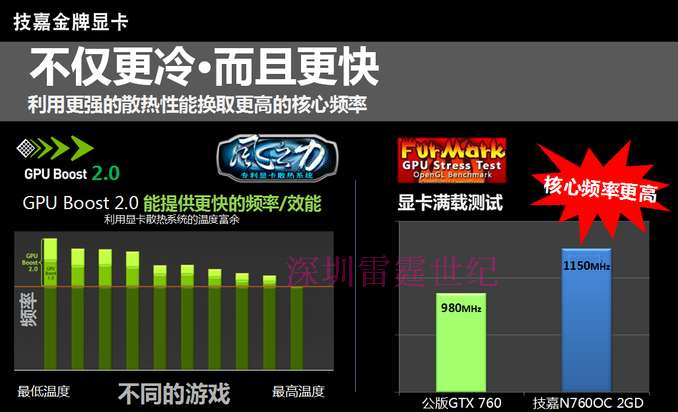 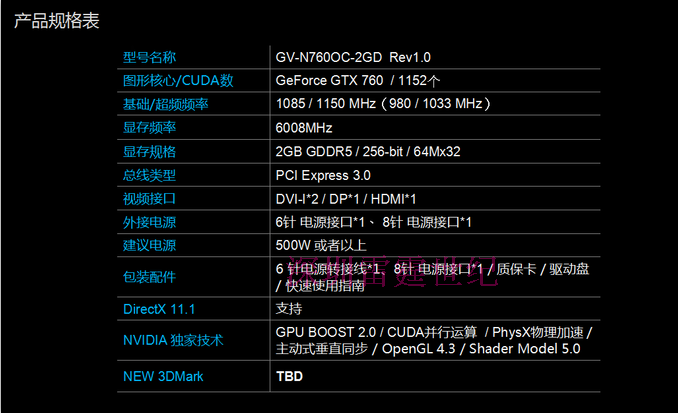 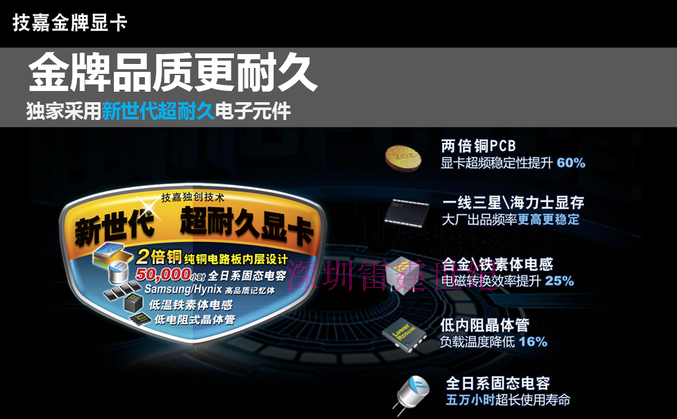