ZOTAC is preparing two GeForce GTX 760 models for worldwide launch, but it doesn’t mean we won’t see for instance Extreme model for Asia (like it happen with GTX 770). 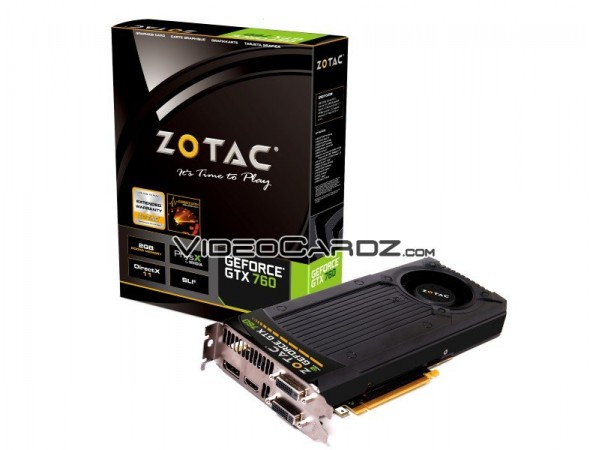 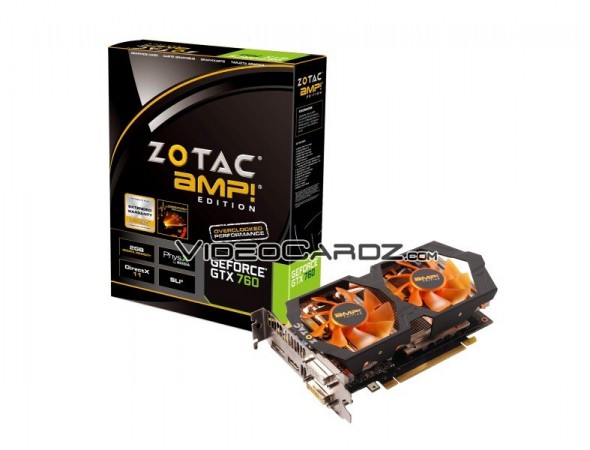 Both models are equipped with a pair of 6-pin power connectors and a very short PCB, probably the same size as the GTX 660 Ti, though the layout has been changed. The PCB even fits into GTX670/660Ti/660 reference cooler, that should give you an idea about it’s size.

The cooler on the AMP! model is also slightly different from what we’ve seen in the past. It seems that the fans have more room around them, and the shroud is slightly longer. 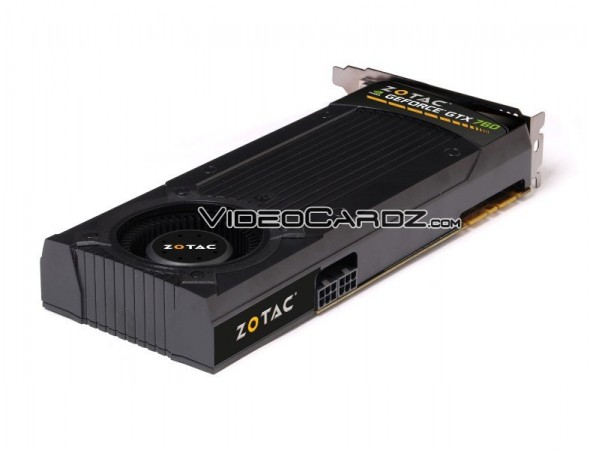 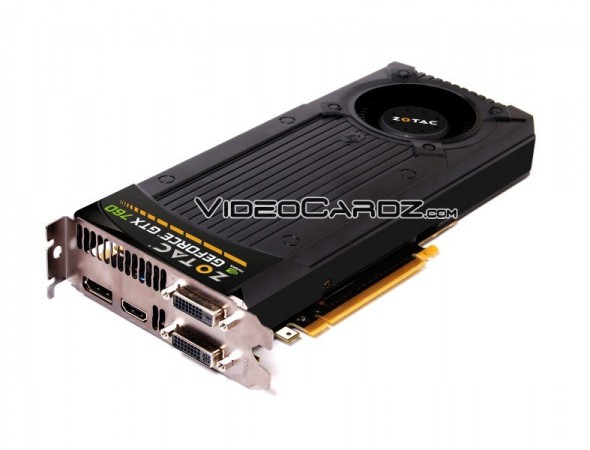 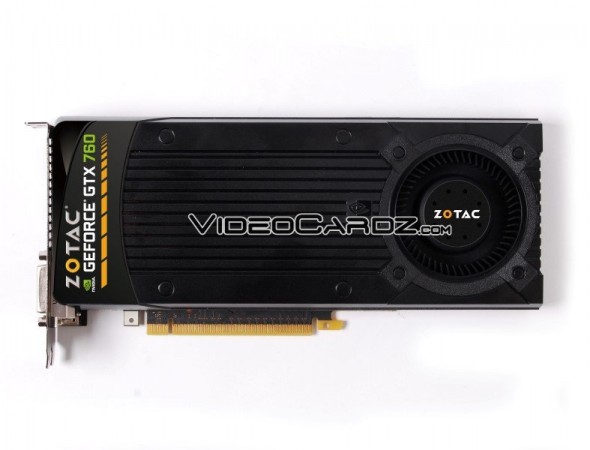 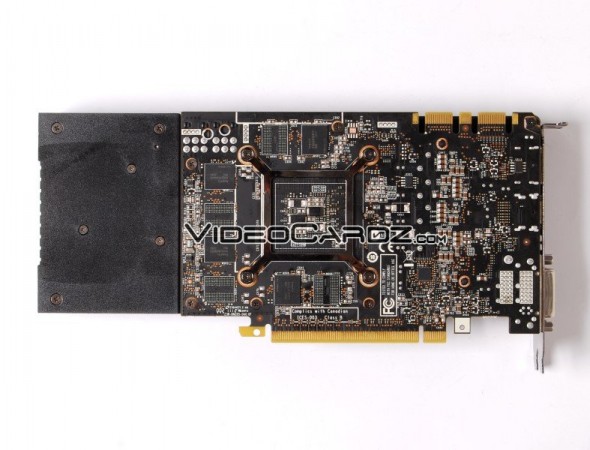 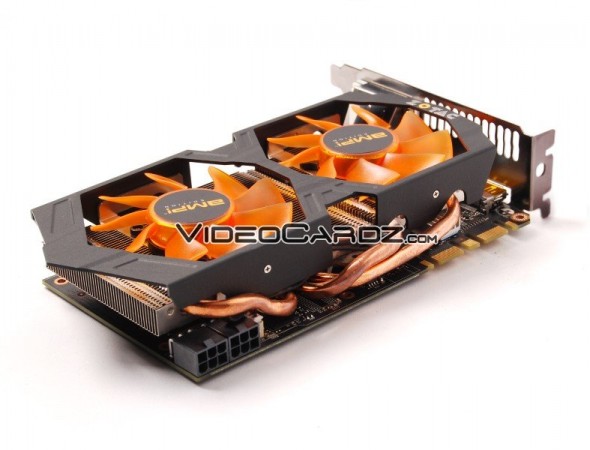 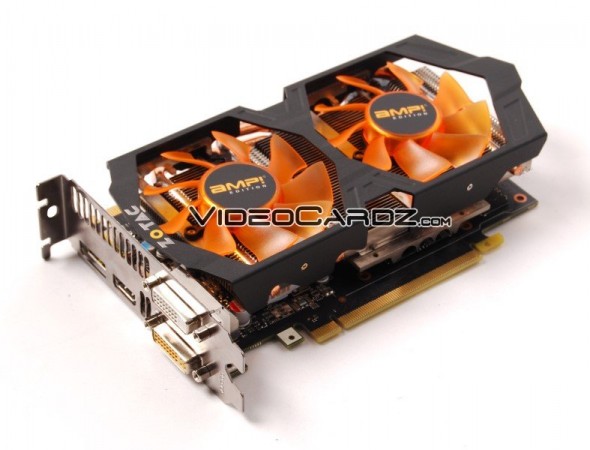 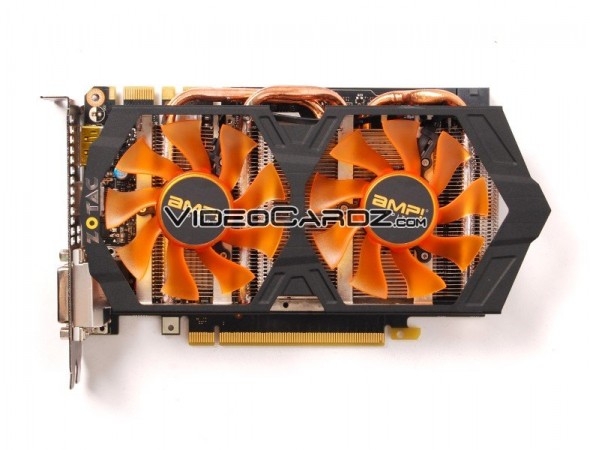 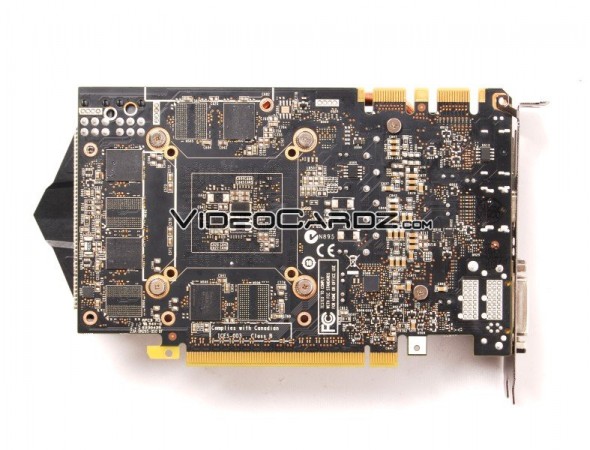