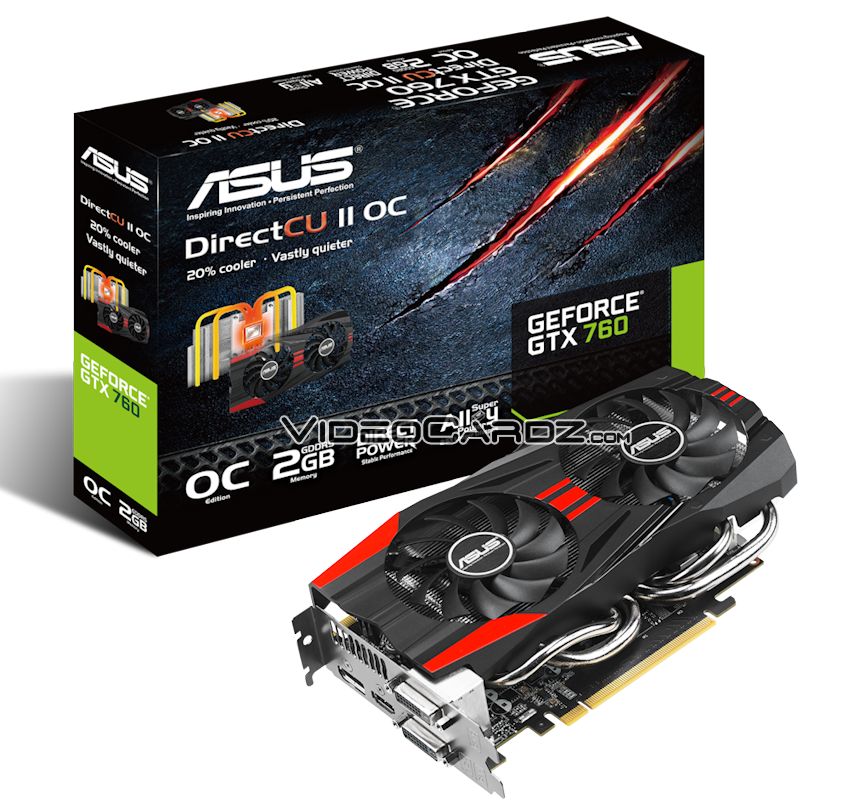 It seems that ASUS is preparing only one model of GeForce GTX 760.

The ASUS GeForce GTX 760 (GTX760-DC2OC-2GD5) is equipped with a new verison of the DirectCU II cooler, which is quite similar to GTX 780’s, only it will be slightly shorter and have two fans of the same diameter. The card features Direct Power technology with Supper Alloy Power components. The unique PCB material is said to provide 15% cooler surface, while better components will extend the lifespan more than twice. There are four 10mm copper heat pipes on the card with a direct contact with the GPU .

The new GTX 760 from ASUS is factory-overclocked to 1006 MHz, also thanks to GPU Boost 2.0 support it will run at 1072 MHz while in boost state. The memory is running at stock 6 GHz, which with the memory bus of 256-bit gives a maximum bandwidth of 192 GB/s. 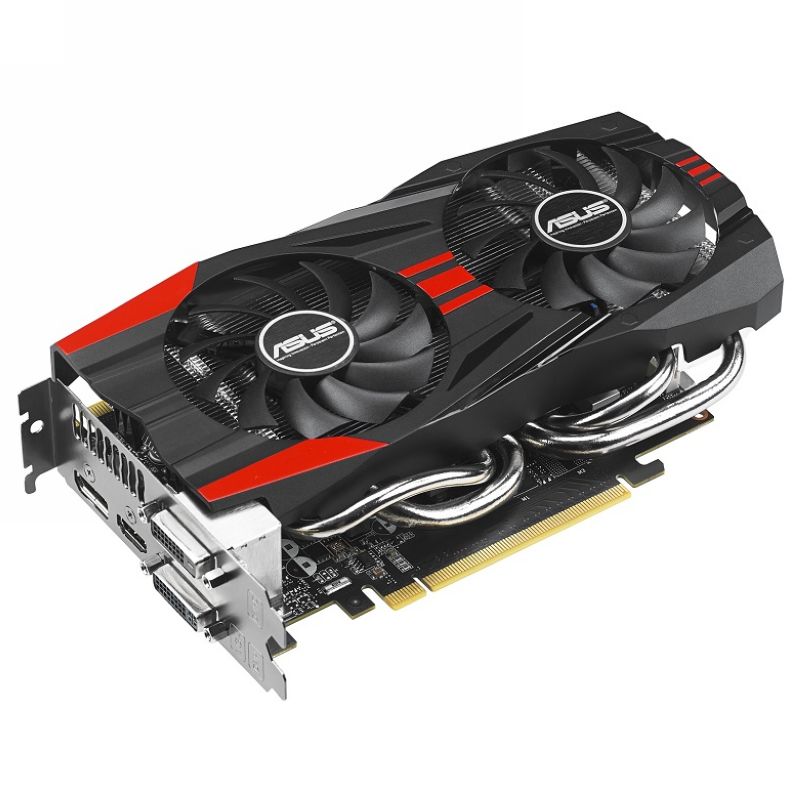 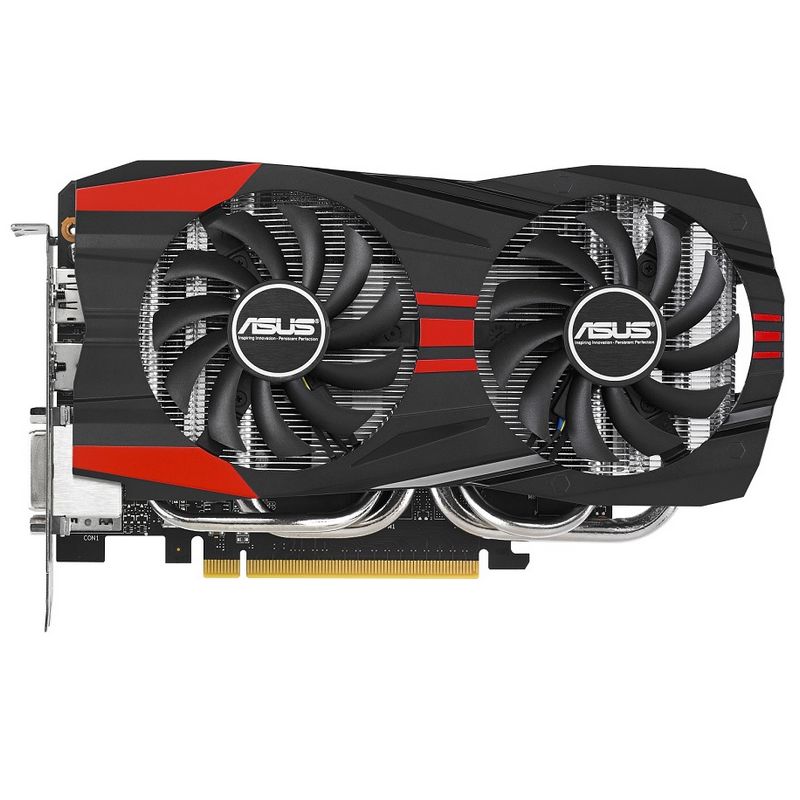 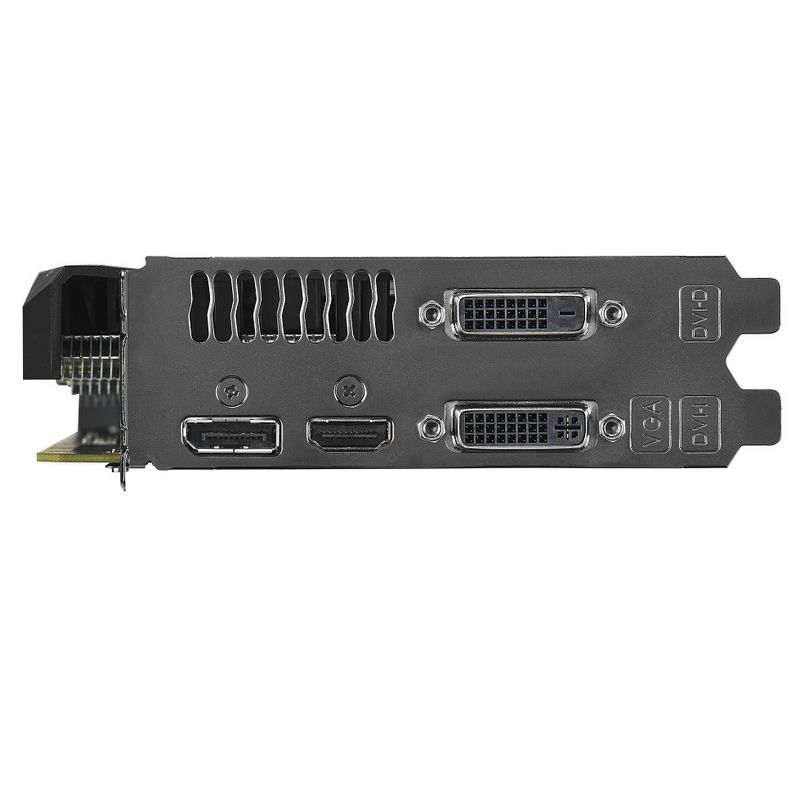