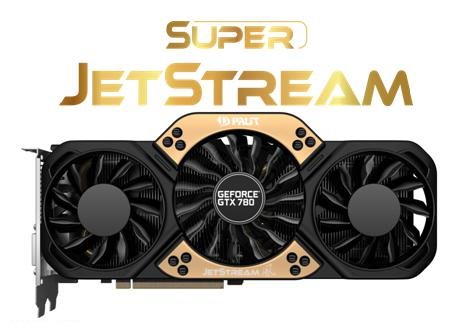 Palit has been working on a new GeForce GTX 780 graphics card for few weeks now. The card we will talk about was first spotted by techPowerUP at Computex, but today Palit made it official.

As long as the design of the new cooler is matter of individual taste (but to be honest I’m not a fan of it), I will just stick to solid data provided by the manufacturer. The new triple-fan JetStream cooling solution is supposed to provide 20% lower temperature than reference design. Just as the latest Gainward GTX 780 Phantom, also GTX 780 JetStream will be equipped with DrMOS with 8-phase power design. The cooler itself will be 6dB quieter and 10 degrees C cooler.

The GTX 780 JetStream is clocked at 902/954 MHz with the memory running at stock. The Super JetStream has even faster clocks — 980/1033 MHz — with the memory at 6.2 Ghz, making it one of the fastest GTX 780 on the market. Unfortunately, the card is equipped with only 6+8-pin power connectors, which could lead to lower overclocking potential.

There is no information when the card will be available in stores, and how much will it cost. 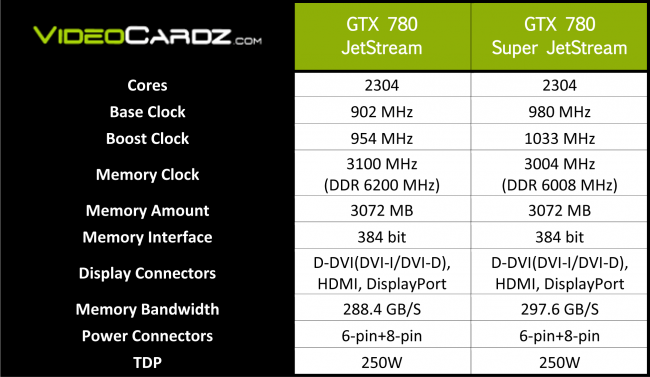