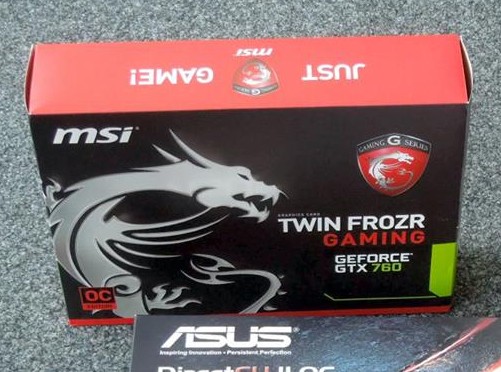 
Apparently this was not meant to happen, quote: “The first three custom GTX 780s reviewed, which one would you buy?”. It seems that they received both GTX 780 and GTX 760 in one box from MSI, but forgot to check the model before posting a picture…

MSI is supposedly working on a custom Gaming edition of the upcoming mid-range Geforce GTX 760 graphics card. While no specs were revealed, we can at least gather some information from the box. Apparently even the 760 would use the red TwinFrozr IV cooler, just as the GTX 770 and GTX 780 Gaming. Also this card will arrive with non-reference clock speeds. The box does not reveal the memory configuration on this particular model, but we are quite sure it will arrive with at least 2GB on board.

Since more leaks about GTX 760 are beginning to surface, it’s possible that the launch could take place sooner than expected (June 25th). 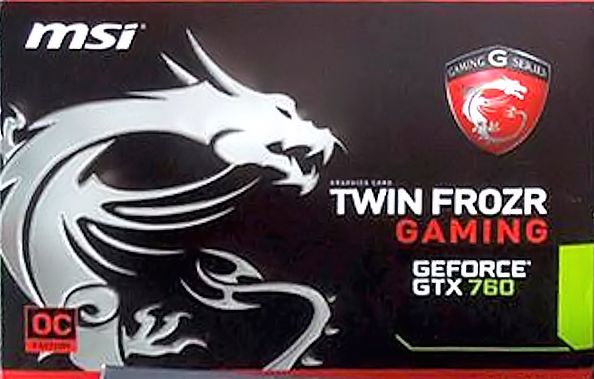