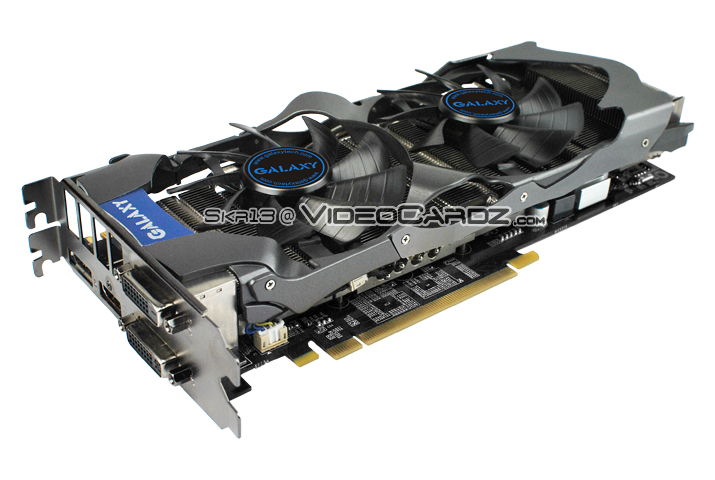 The card you are looking at is a solid copy of Galaxy GTX 660 Ti GC, which is definitely surprising. The black PCB is probably the only visual difference between the GTX 660 Ti and GTX 760.

Unfortunately the actual specs remain unknown, so I will just assume that the card is actually using the same configuration as the GTX 670 (as suggested by multiple sources over the past few days). However, the number of CUDA cores is still an open question. That’s due to the fact that the card will make use of a new GPU model (GK104-225), but we don’t know whether it’s going to be less equipped than GK104-325 from GTX 670, or not.

The Galaxy GTX 760 GC is featuring 2GB GDDR5 memory across 256-bit interface. There is a place for additional memory modules, so the card could also arrive in 3GB variants, but because of a wider memory bus (256 vs 192-bit) that might not be so easy to make. Card features a custom 2 fan cooling solution with a cleaning mode support. Since this is a non-reference model, it requires a pair of 6-pin and 8-pin power connectors. The GTX 760 GC is equipped with four display outputs: two DVIs, one HDMI and DisplayPort.

The GeForce GTX 760 might be launched between 25th and 27th June. We found few listings of overclocked models for a price similar to GTX 670 (~€300), which only proves that we might be looking at the same card only with a new name. 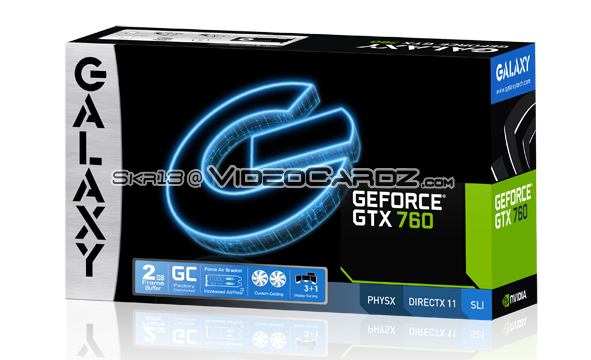 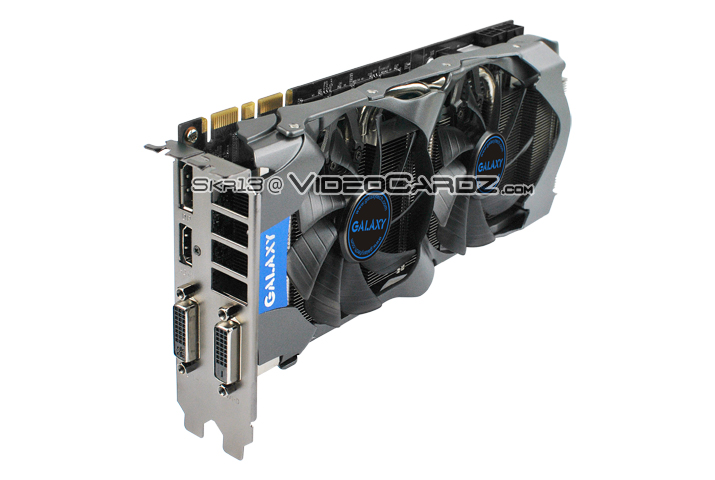 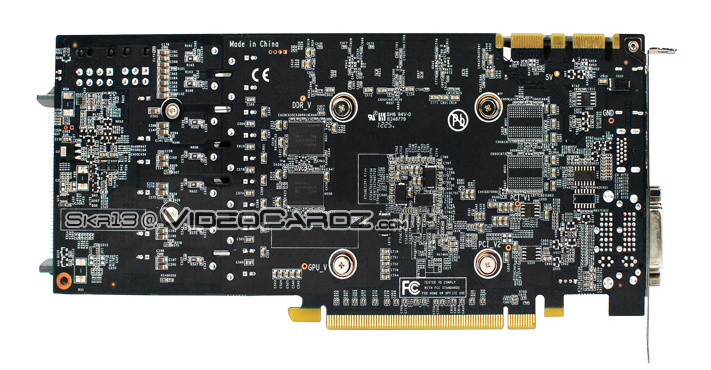