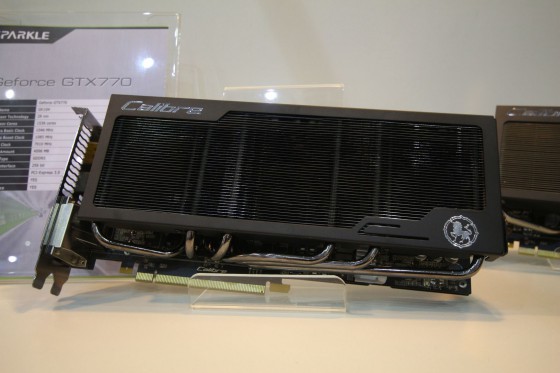 Sparkle has finally showcased its GTX 770 at Computex 2013.

We are actually talking about two cards here, since Sparkle made both 4GB variant and factory-overclocked model. While the latter  is not yet detailed, we can at least say few words about the 4GB card. It’s not shocking that Sparkle used the same cooler from its GTX 680 variant. What is interesting though, is that Sparkle card looks very much alike the Phantom GTX 570 from Gainward. Gainward changed its design since GeForce 500 series twice, but Sparkle remains with the same cooler for quite a while now. So Sparkle, maybe it’s time for a change?

Anyway, their GTX 770 is a solid copy from GTX 680. What is also interesting Sparkle showcased its GTX 680 Calibre 4GB exactly a year ago at Computex 2012 (link). Card arrives with 4GB GDDR5 memory clocked at 7 GHz. As said earlier, it is not overclocked, thus it has 1046/1085 MHz GPU clocks. Since there are dual-sided memory modules, Sparkle equipped the card with a backplate.

We don’t know anything about the price and the availability yet, since even the manufacturer’s website does not provide any information about this card. 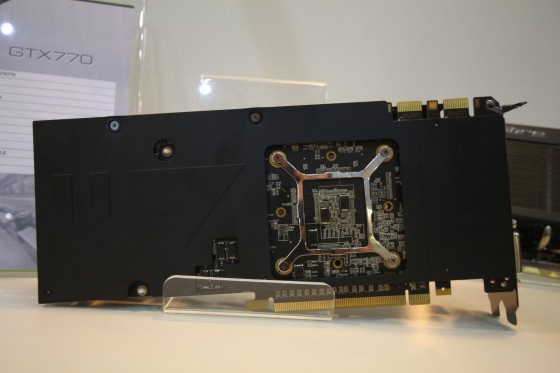