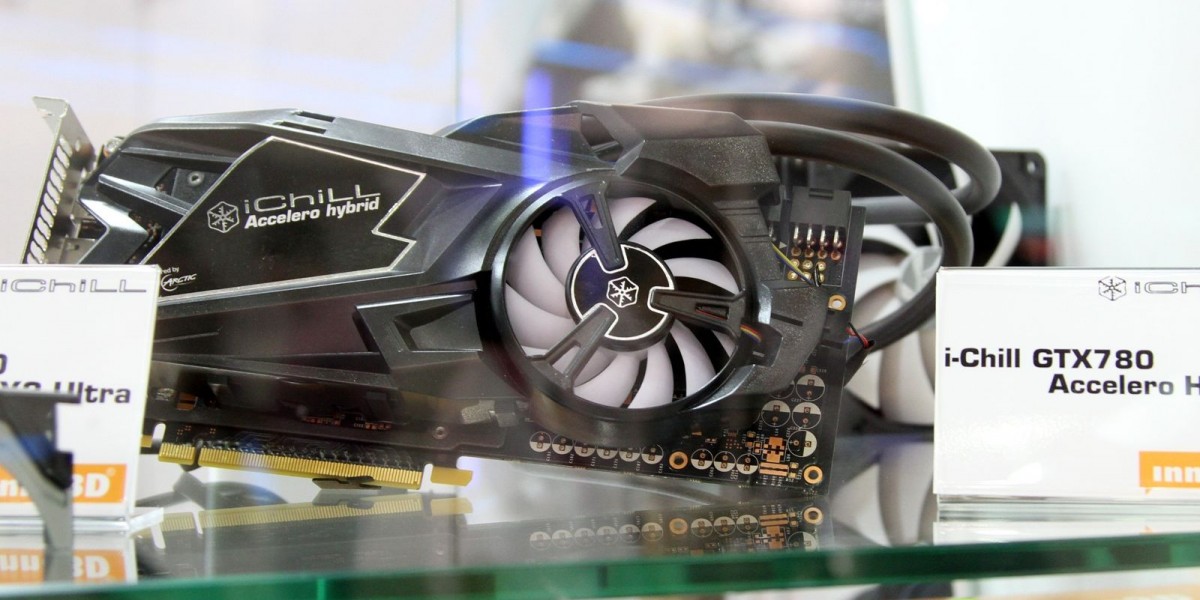 The iChill GTX 780 Accelero Hybrid features a hybrid of air and water cooling made by Arctic. The model shown at Computex is just a prototype, it doesn’t even have the capacitors installed yet. However, it does prove that the card will make use of a custom PCB, with more powerful power section. Thus, there’s a requirement of two 8-pin power connectors.

The Accelero Hybrid LCS (Liquid Cooling System) was made for iChill Black Series, which includes cards like GTX TITAN or GTX 680. Currently TITAN is not offered with a custom PCB, so technically, since the performance is driven by the GPU Boost 2.0, the GTX 780 could compete with its faster brother.

Unfortunately, no details about the clock speeds were revealed. 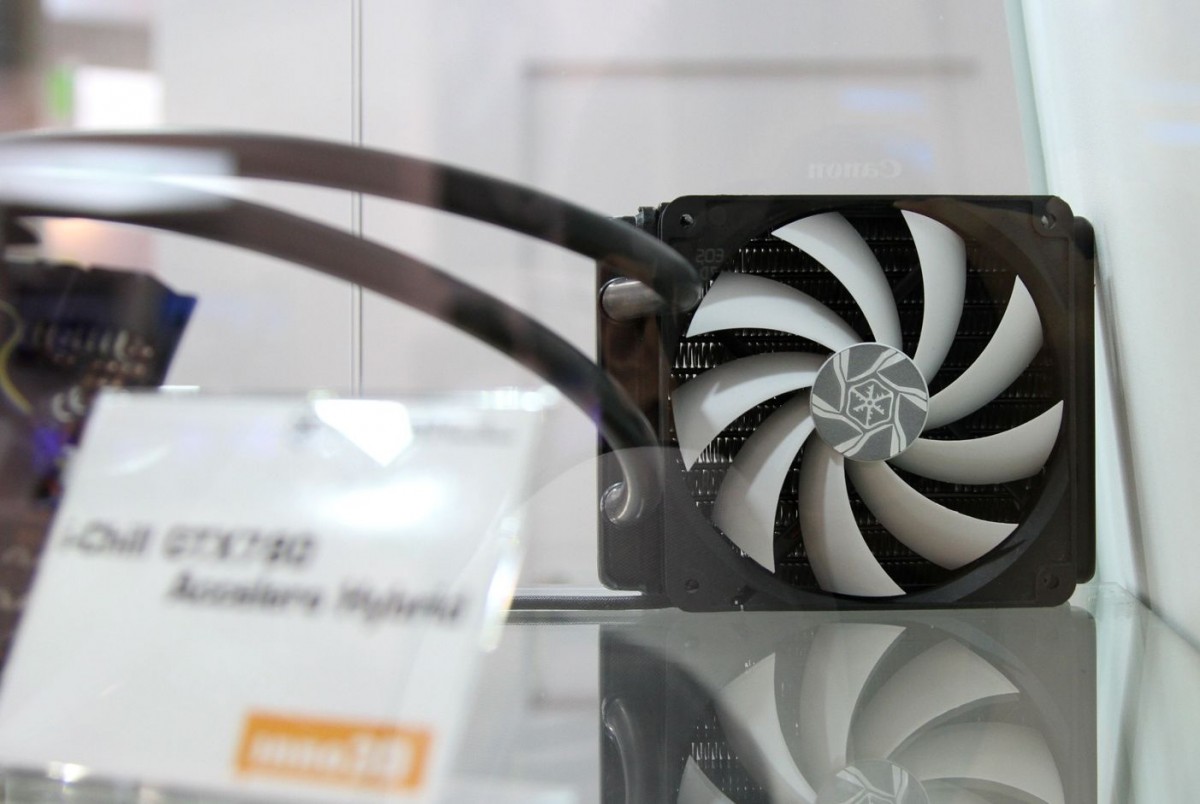 Inno3D also shown its GTX 780 with HerculeZ X3 Ultra cooler. As you can see, the cooler shroud can be replaced with three different variations. If you require more information about this card you can check this article. 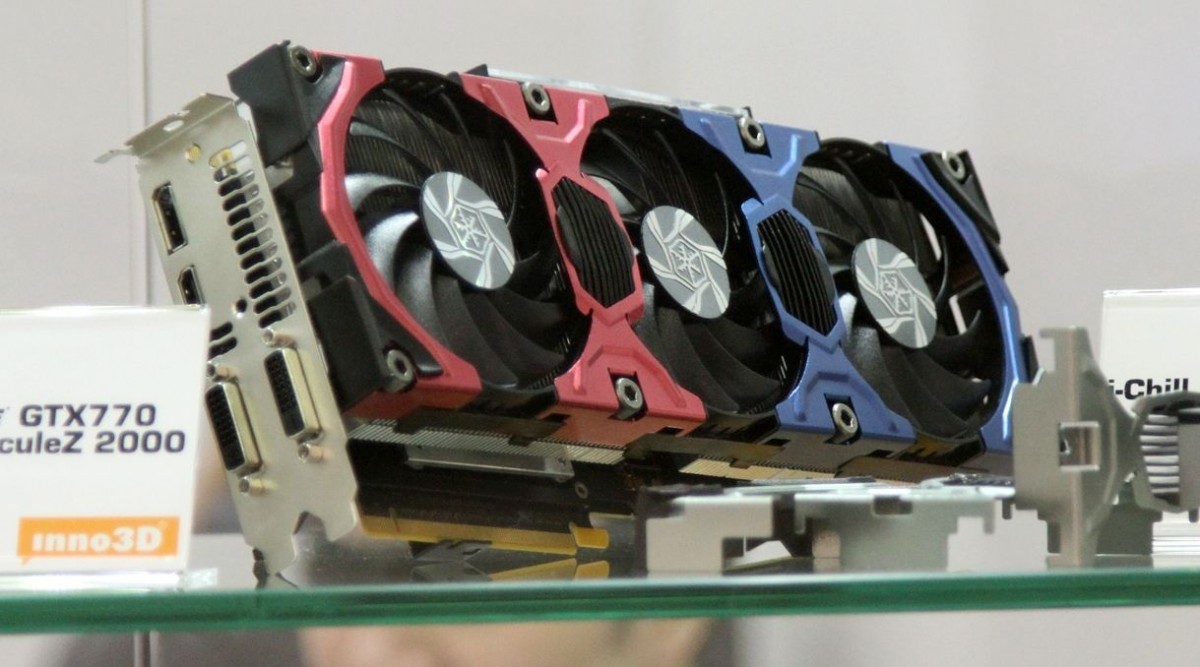 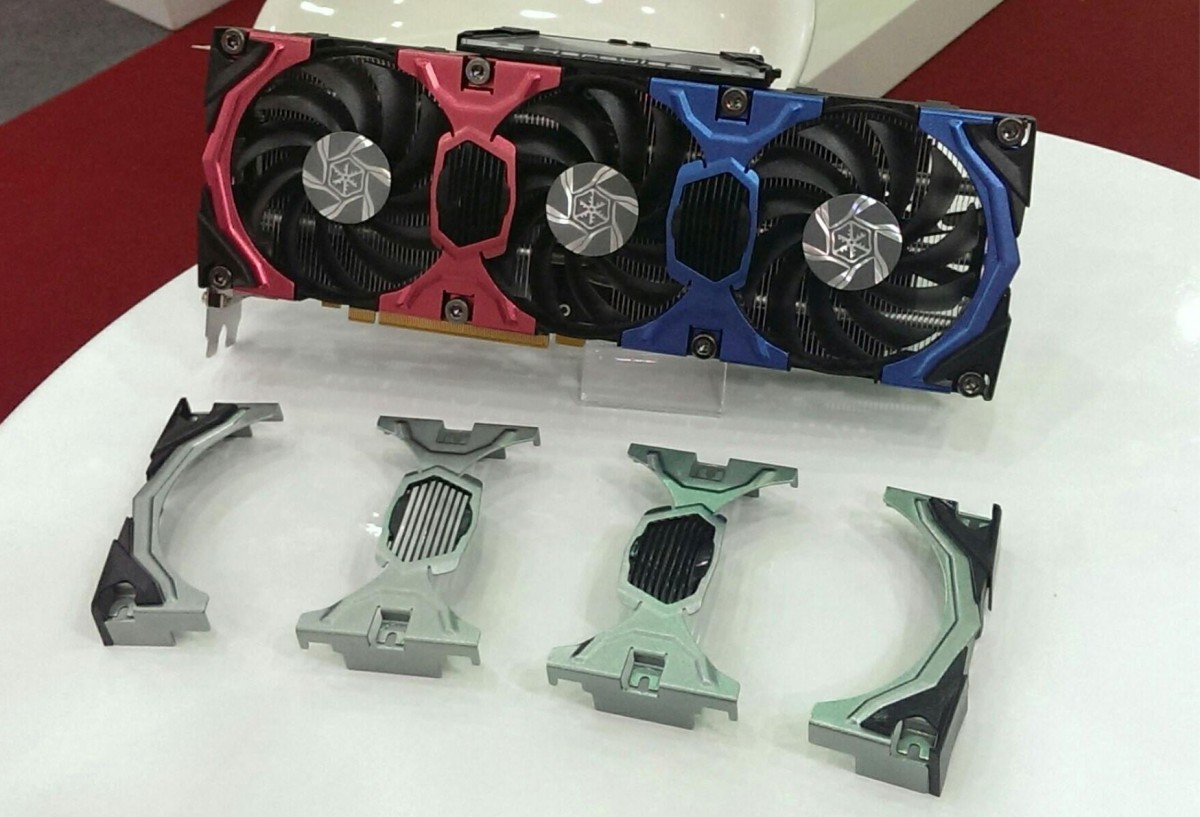