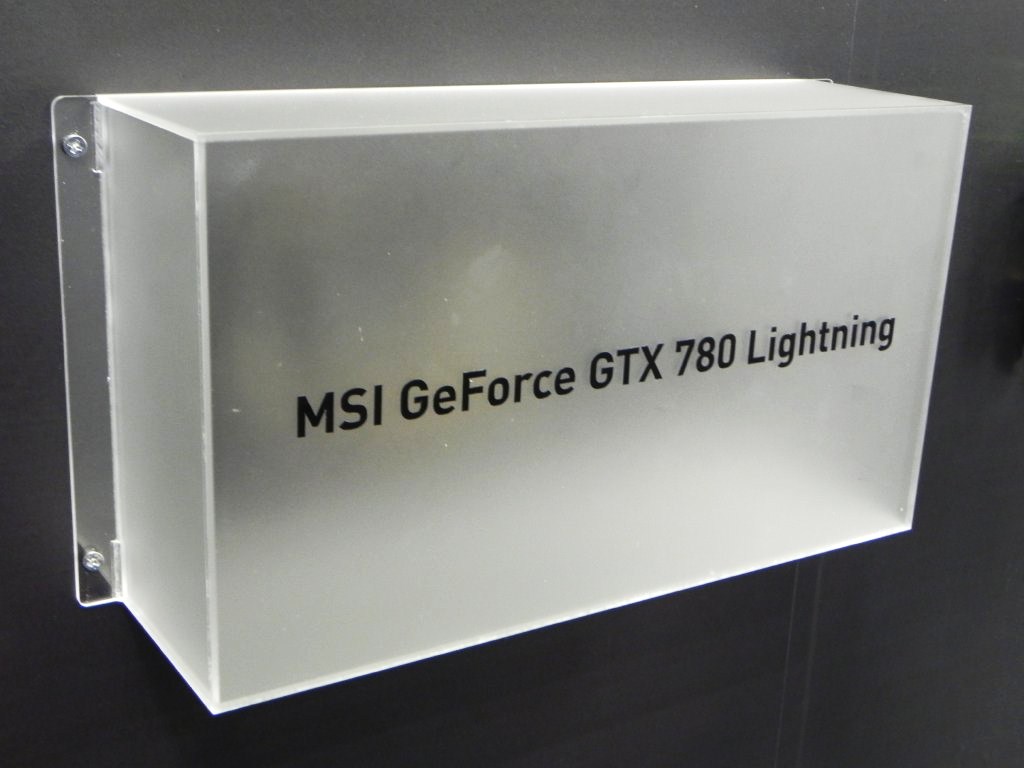 Guys from Hermitage Akihabara noticed a mysterious box on the wall at MSI’s booth, supposedly holding a GeForce GTX 780 Lightning inside.

It’s hard to say if there’s a real card hidden there, and the translation isn’t really much helpful either. Apparently, MSI is about to announce a new Twin Frozr V cooler at Computex, but it’s unknown if the card will be introduced as well.

According to Barry Chang, a product marketing manager at MSI, the box contains a cooling mechanism for the card, but the card itself is not yet ready (apparently not in the box). However, I would not be surprised if they would show the whole card already (at least a prototype).

I receive many questions from VC readers about this particular model, so hopefully MSI will live up to their expectations.

Stay tuned for more information about the MSI GTX 780 Lightning. 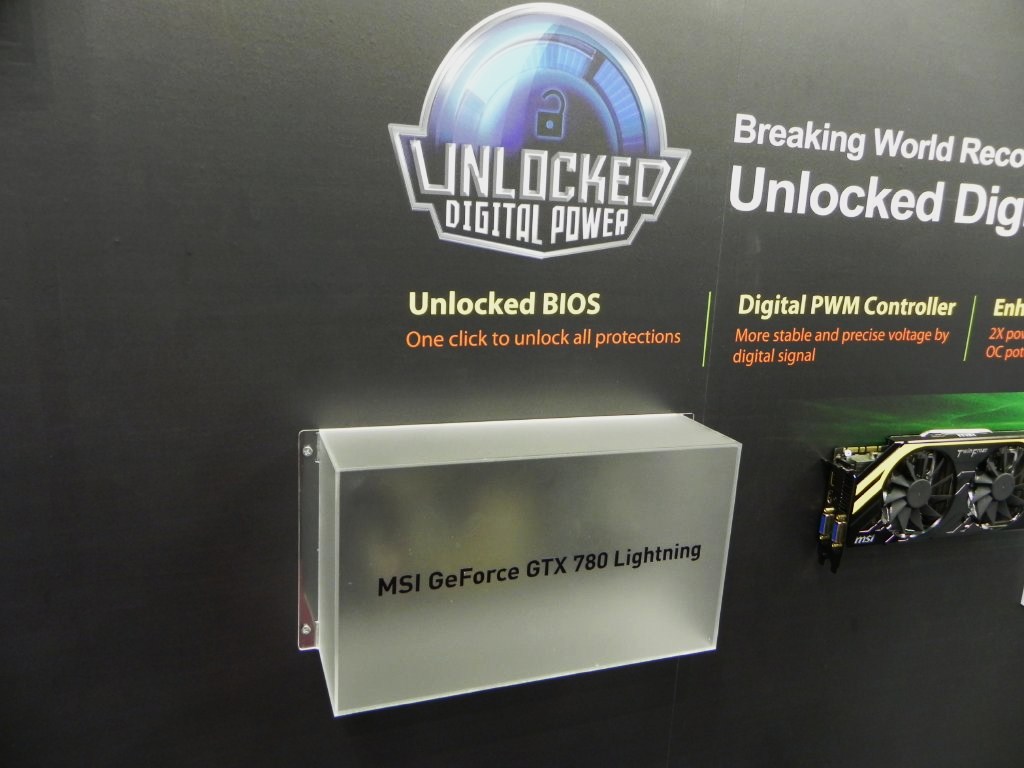