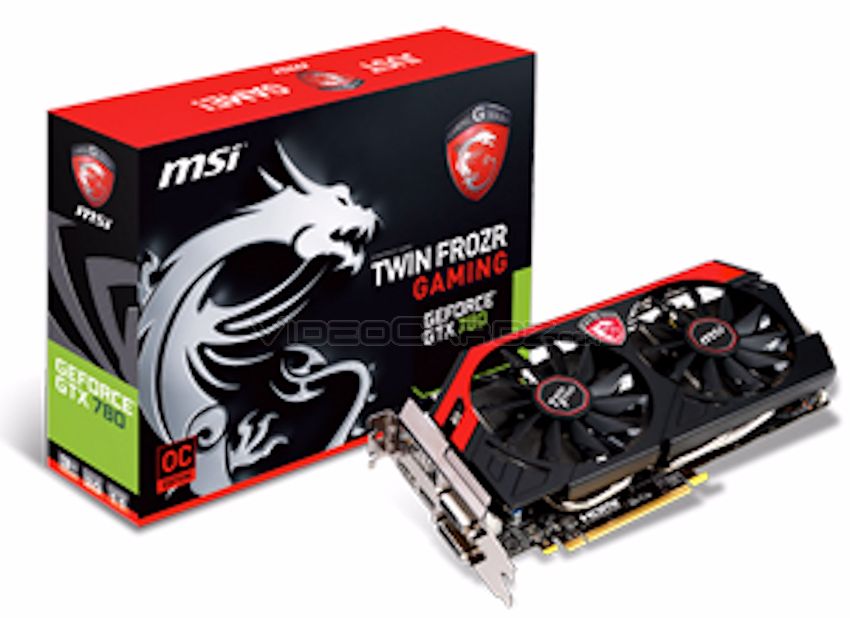 MSI is preparing its GeForce GTX 780 with TwinFrozr IV cooler for official announcement on Computex.

Unfortunately, these tiny pictures is all what was released so far. The card would make use a new Twin Frozr IV cooler and Military Class 4 components (including Solid CAPs, Hi-C CAPs and New Super Ferrite Chokes).  The OC label on the box suggests that it comes with factory-overclocked configuration. We can also notice that the GTX 780 Gaming features four display outputs including DisplayPort, HDMI and two DVIs. It appears that the card will make use of a custom PCB.

Following today’s launches, this is the fifth custom GTX 780 released on Computex 2013:

A new picture has been posted by Vr-Zone: 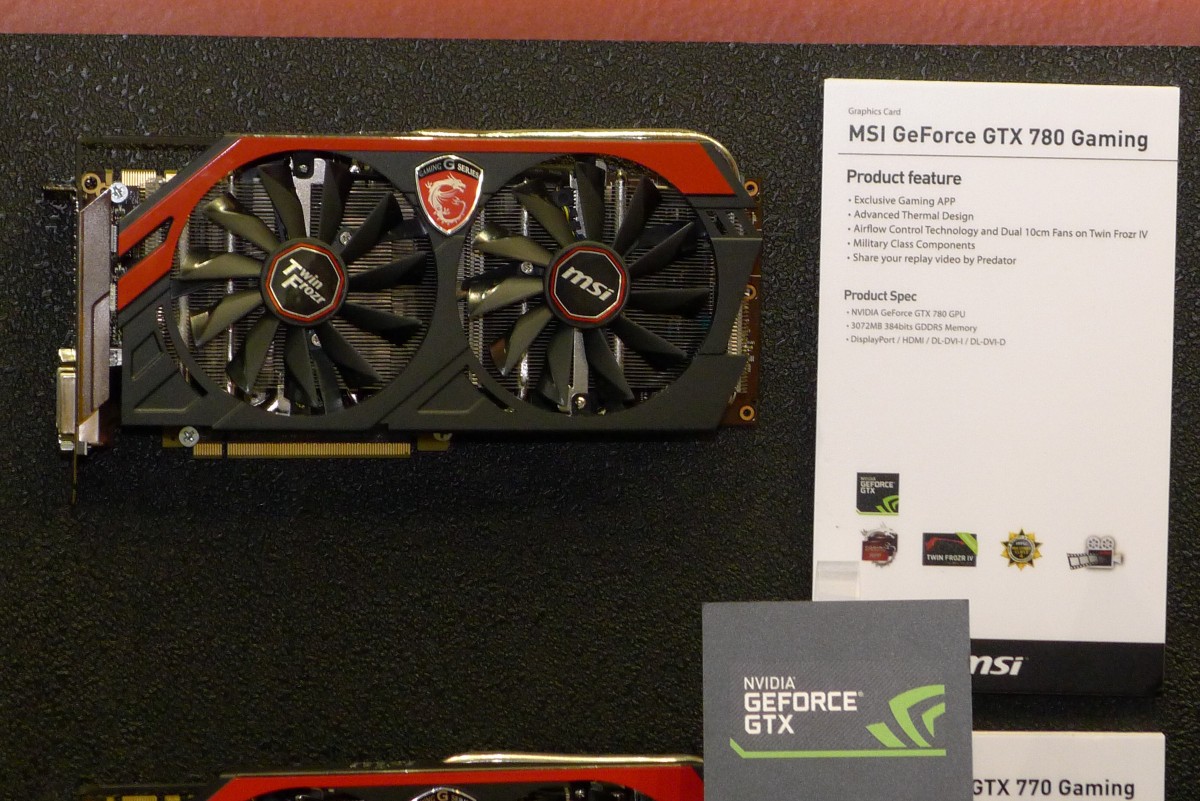 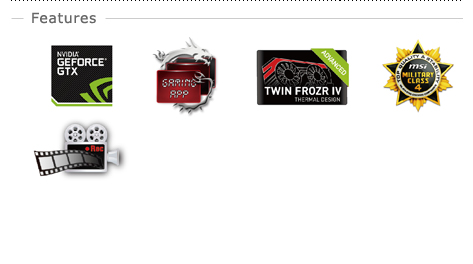