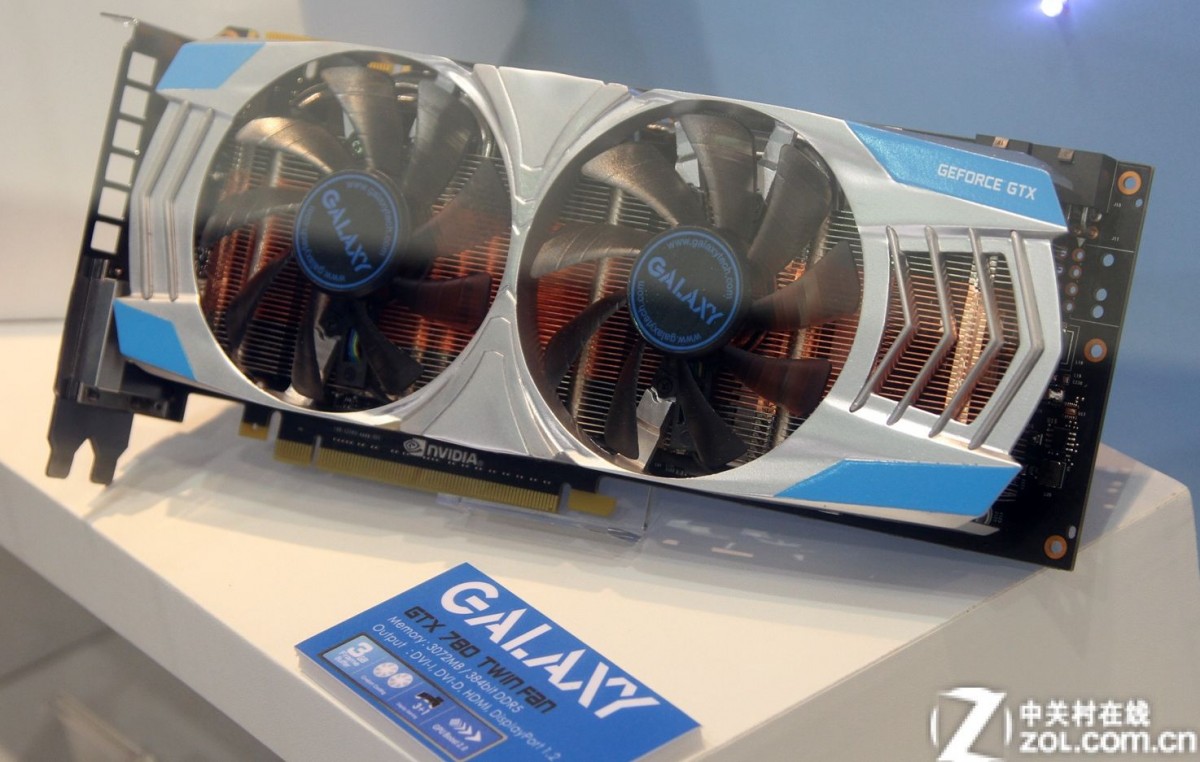 Galaxy has prepared two custom GTX 780s for Computex. Both cards look very sexy, and slightly different from what we’ve seen in the past. There’s also a GTX 770 SOC Edition. 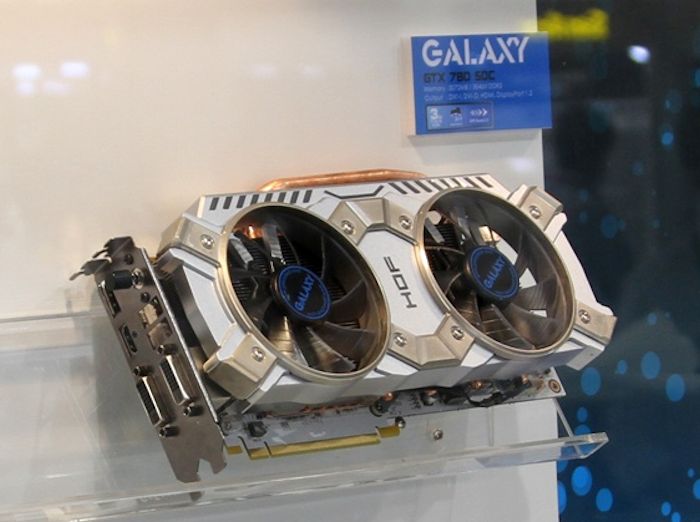 Galaxy GTX 780 Twin Fan is using a GC-like cooler with two fans. While detailed specs of both GTX 780 cards were not yet revealed, we can learn something from the pictures. The SOC Edition is now slightly smaller than GTX 680 SOC (the one with five 40mm fans), but it’s still a huge card. Galaxy has made a new Hall of Fame (HOF) cooling design for this card. We can see a white custom PCB, a huge heat pipe on the back and a special switch on the bracket for some overclocking (but it looks like a fan controller). Both cards feature 3GB GDDR5 memory across 384-bit interface, and I’m starting to doubt if we ever see a 6GB model. 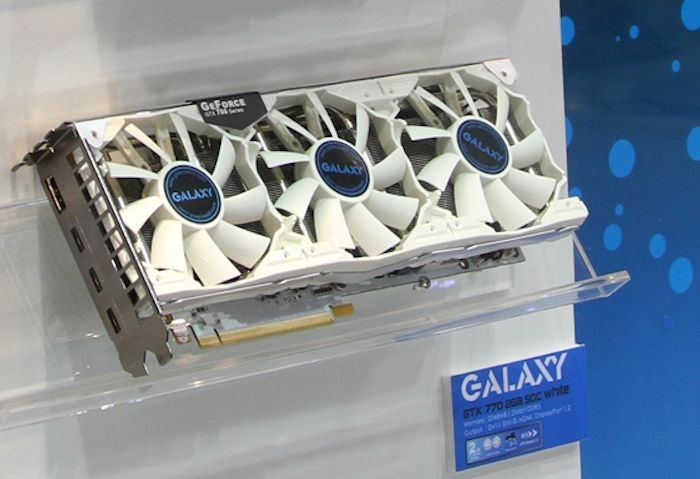 Right below we have a GTX 770 SOC, which also features a white PCB. The cooler is not new, and it was used for other GTX 680 SOC before (which shouldn’t be surprising at all). So technically this is the same card, only now in full white theme. It’s equipped with three mini-HDMI outputs and one DisplayPort. Unfortunately it only has 2GB memory.

The information about the clock speeds, pricing and availability was not revealed.