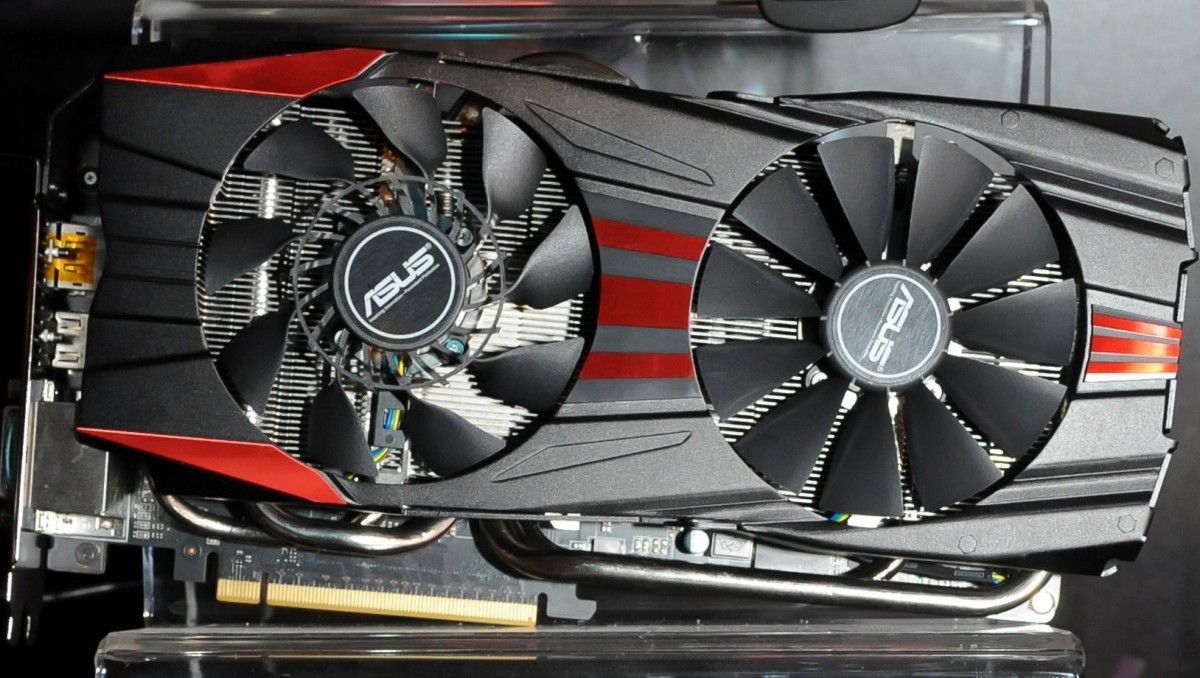 ASUS has shown off their new GTX 780 DirectCU during a special presentation.

The ASUS GTX 780 DirectCU II OC comes with an factory-overclocked configuration. The GPU is clocked at 889/941 MHz for base and boost respectively. The memory is clocked at 6008 MHz. It comes with 3GB GDDR5 memory across 384-bit interface.

The new DirectCU II cooler features a Cool Tech technology, which would provide a wider airflow with this exclusive fan design. It’s a dual-fan solution, while each fan looks different. We can notice four heat pipes interlacing with a large heat sink covering the whole card. This custom model from ASUS is using Digi+VRM and Super Alloy Power components. The card is featuring a custom PCB.

The pricing has not been revealed.

UPDATE: A new picture from Hardwareluxx: 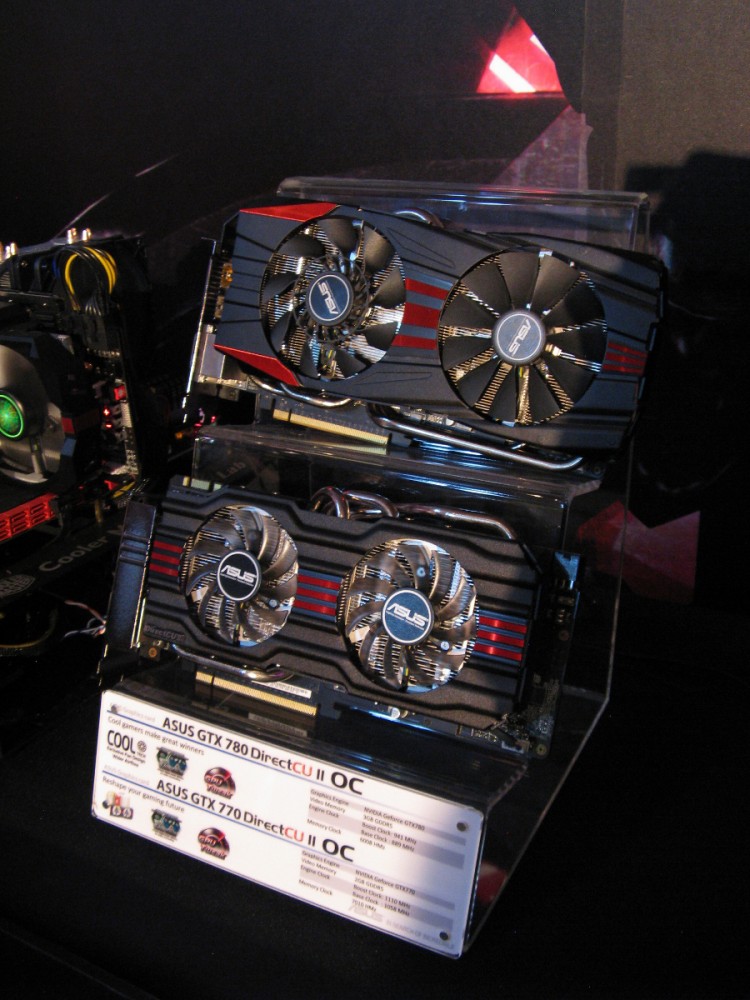 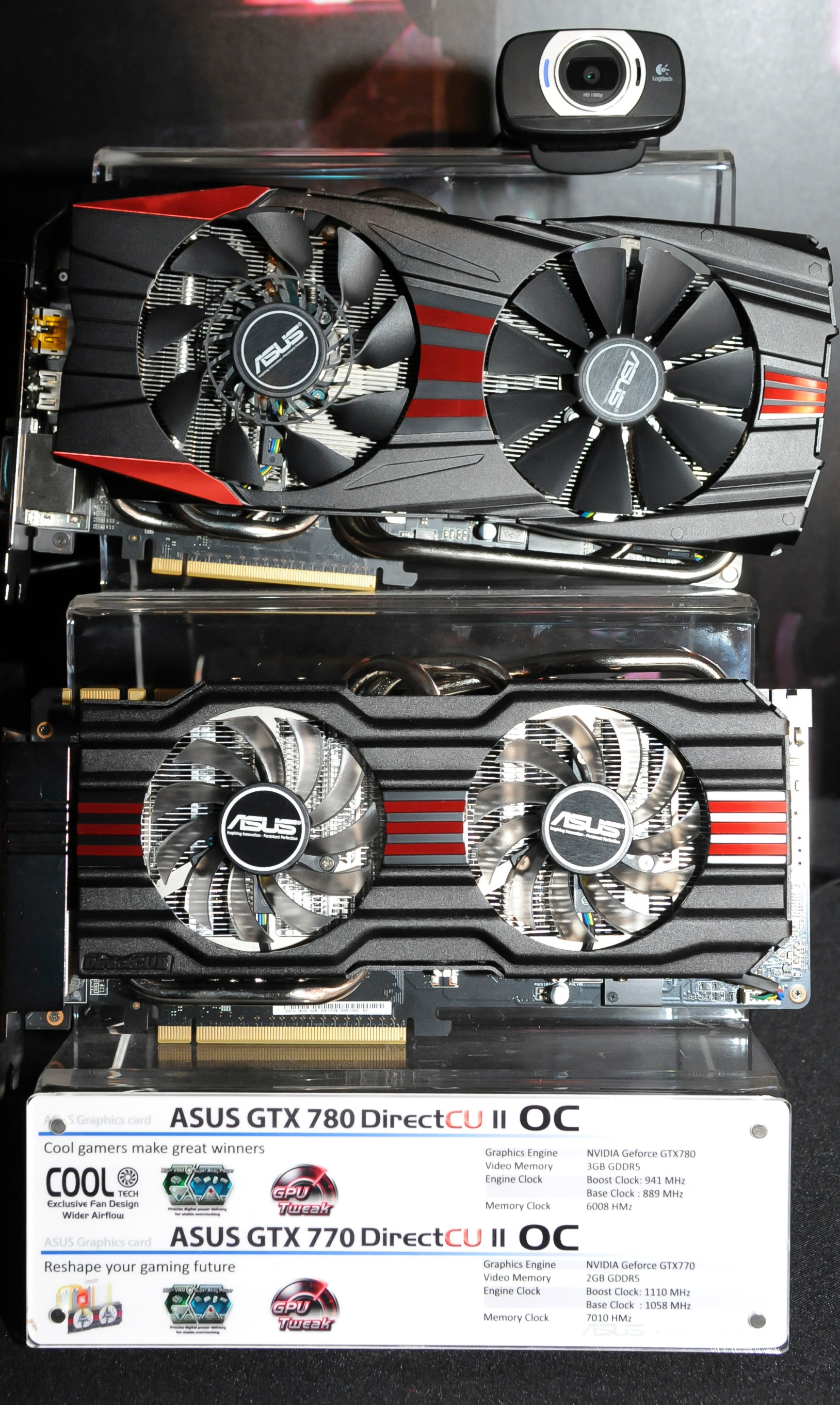