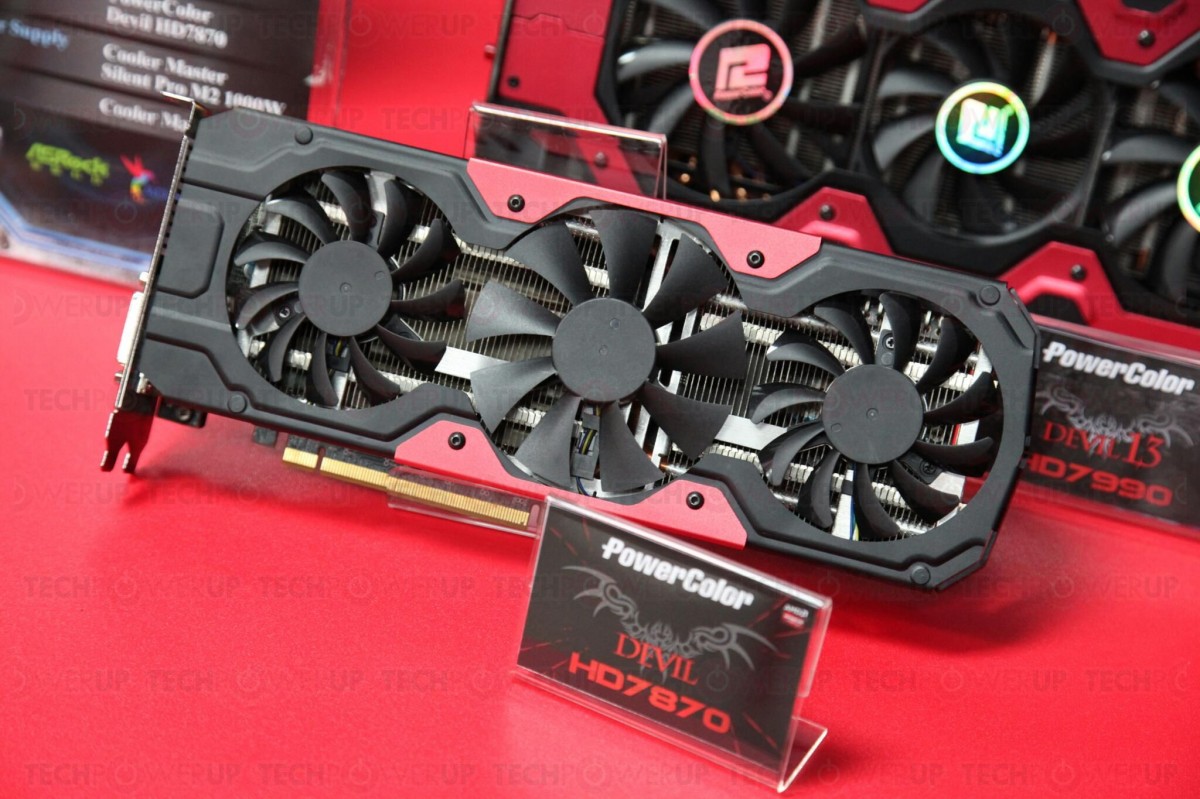 PowerColor has showcased its new graphics card from Devil series. Apart from enthusiast grade HD 7990, PowerColor will now offer a Devil 13 for the masses, only it won’t be 13 anymore.

The card looks very similar to HD 7990, but it’s not the same. If fact, you can see the original Devil13 in the background. Even though it’s situated behind the HD 7870, it’s still visually a larger card. The HD 7870 Devil would use a custom PCB, triple fan cooler kept in black and red infernal color scheme, a backplate and of course some factory-overclocked configuration.

The HD 7870 Devil is equipped with two miniDisplayPorts, one HDMI and two DVI outputs. No details were revealed, and I can’t see any leaflet on the pictures, so we will have to wait for more information from PowerColor itself. 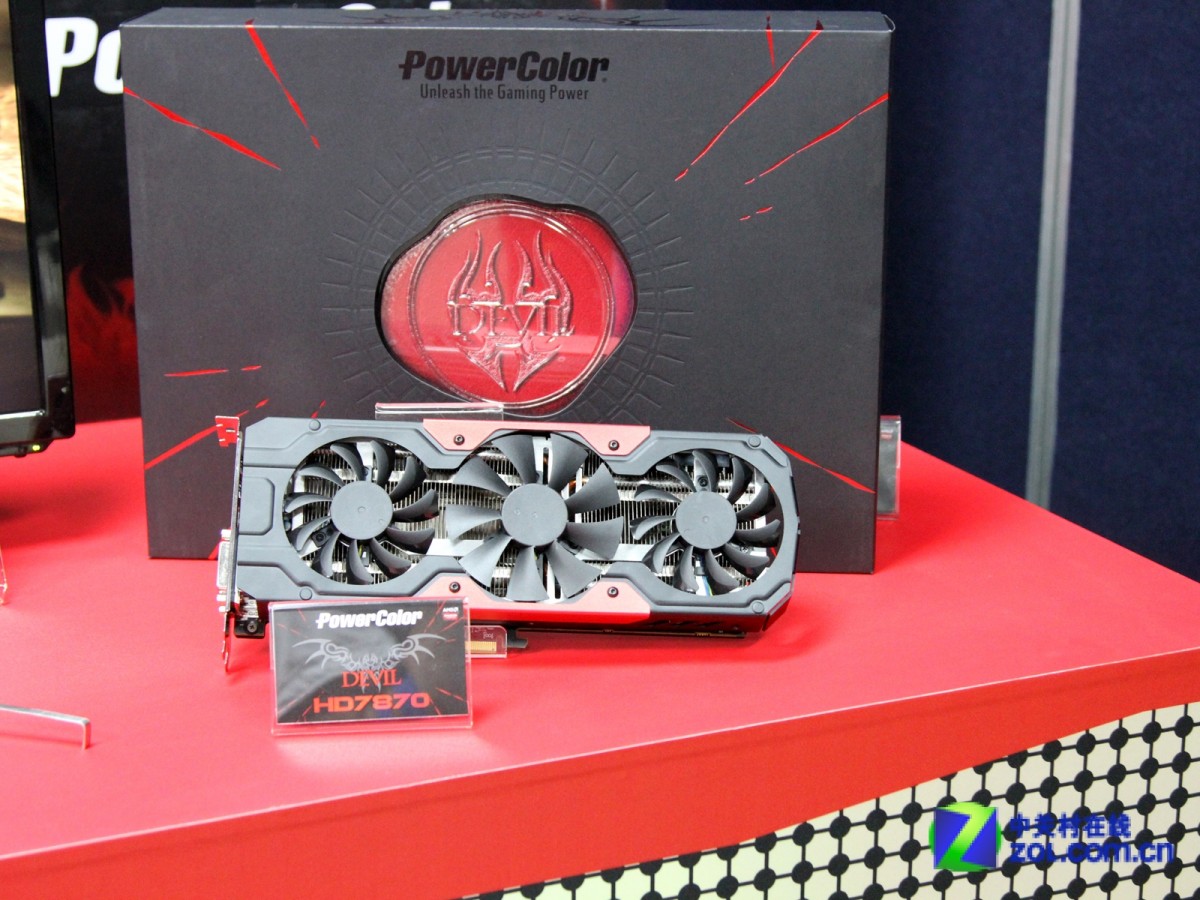 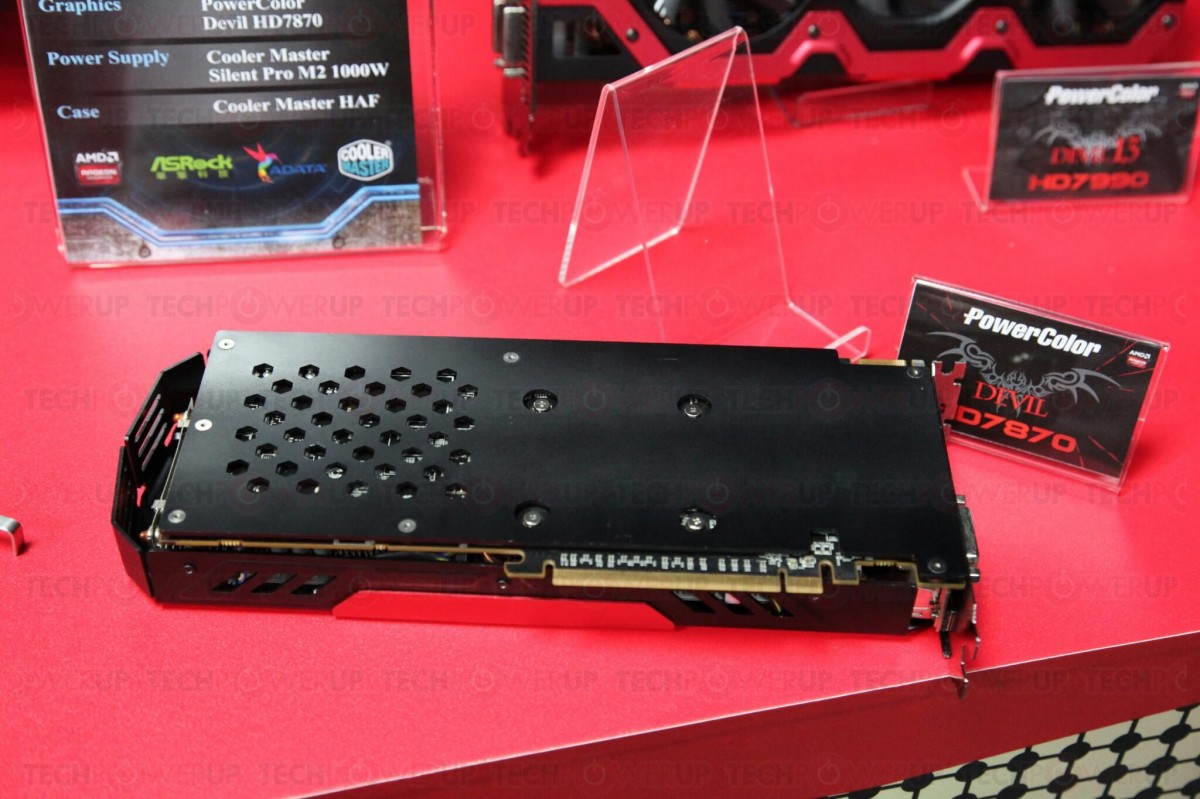 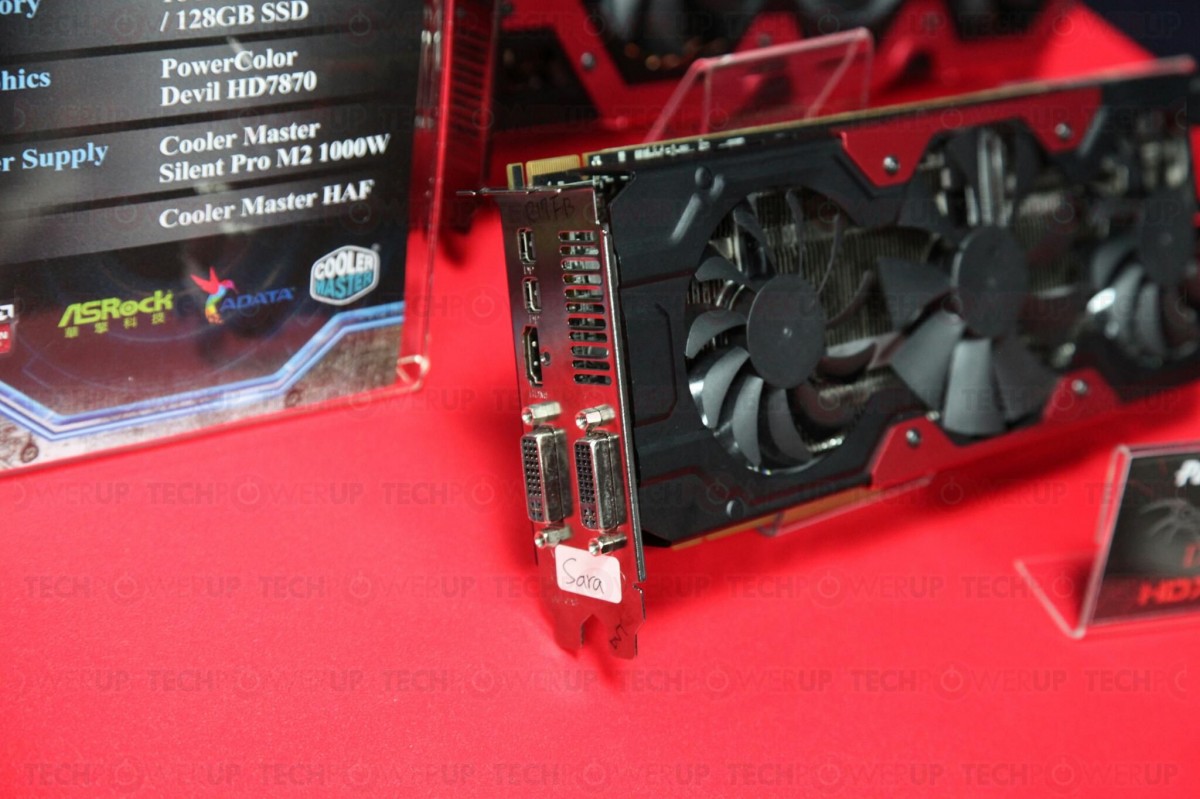