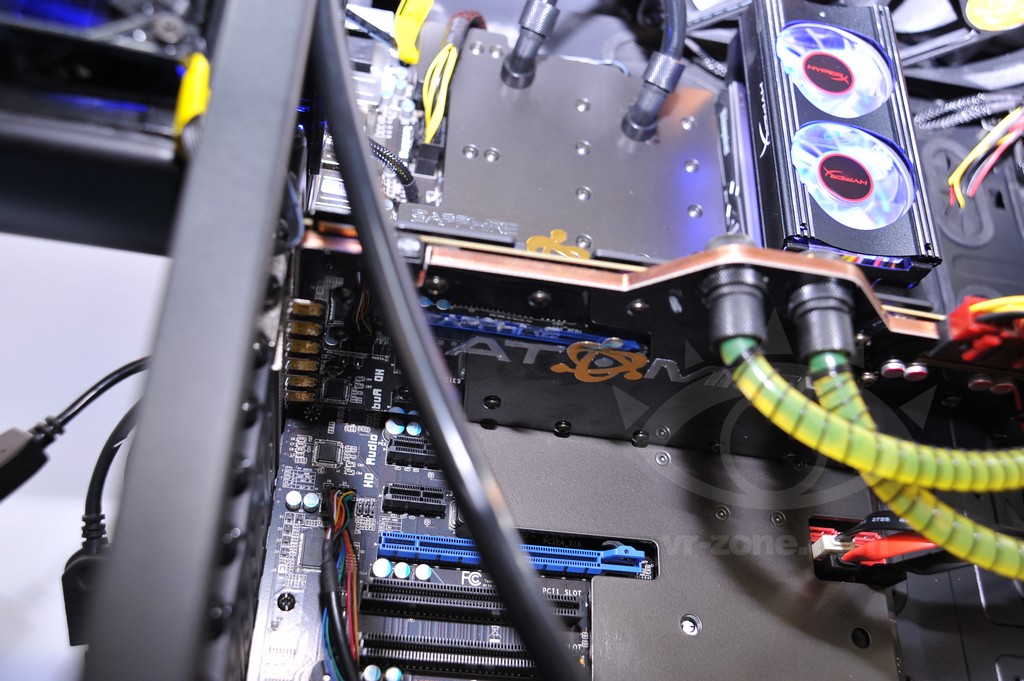 Sapphire decided to revive the ATOMIC series with their latest dual-gpu Radeon HD 7990.

Sapphire showcased a complete ATOMIC cooling system for motherboard, CPU and the graphics card. The motherboard cooling solution includes a large plate covering the most important components, including CPU and main chipset. The waterblock for the card is not a full cover type. The PCB is custom, looks more like New Zealand-based rather than Malta. That’s due to three 8pin power connectors as seen on the pictures. The card is also covered by a backplate.

Sapphire did not reveal any information about the card yet. The pictures are from guys over at VR-Zone, who are lurking around for more pre-launch leaks at Computex.

UPDATE: TweakTown got more information  about card. It appears that Sapphire had made a fully custom PCB, yet another one on the market. The card features 12+4+2 phase design, two Tahiti XT2 GPU’s and a dual BIOS switch. As for the cooler, it also comes with a reservoir with one pump preinstalled. 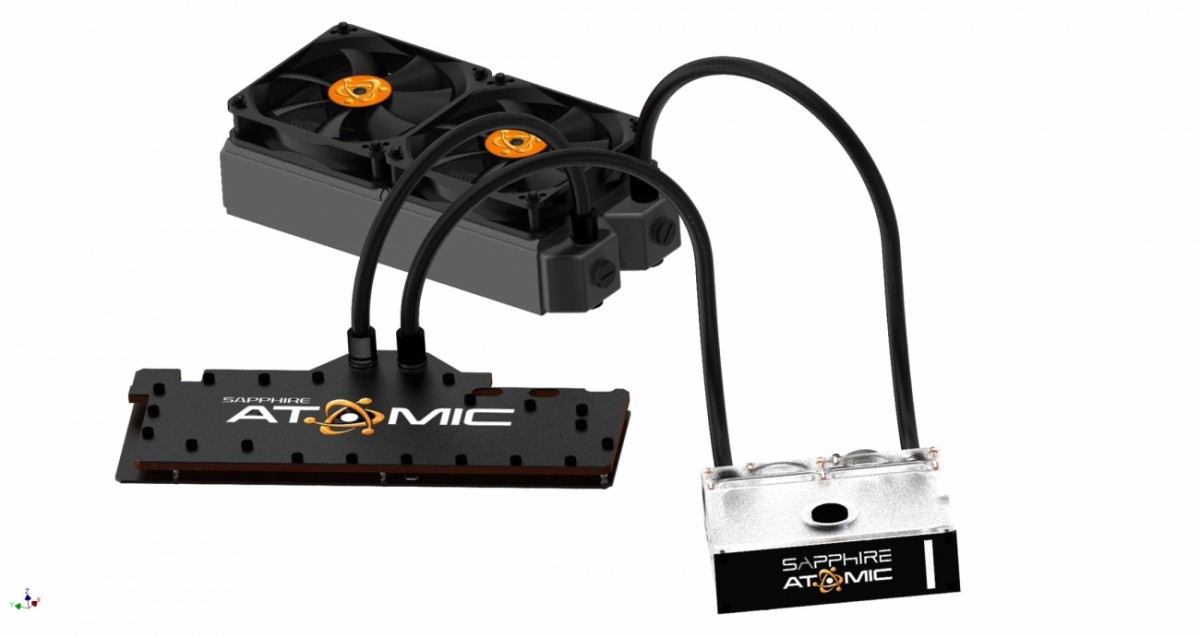 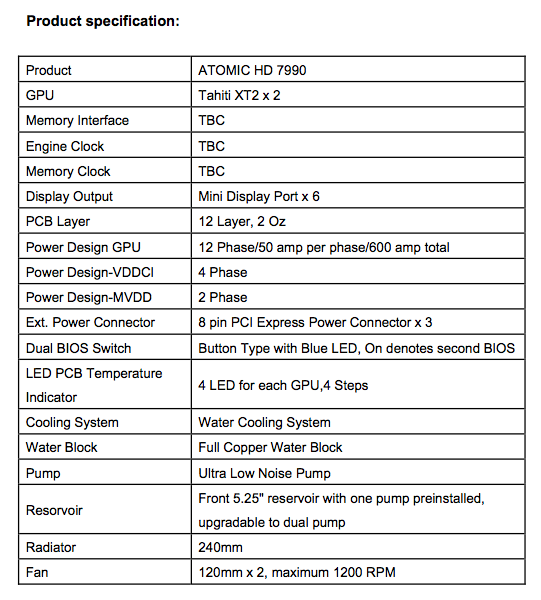 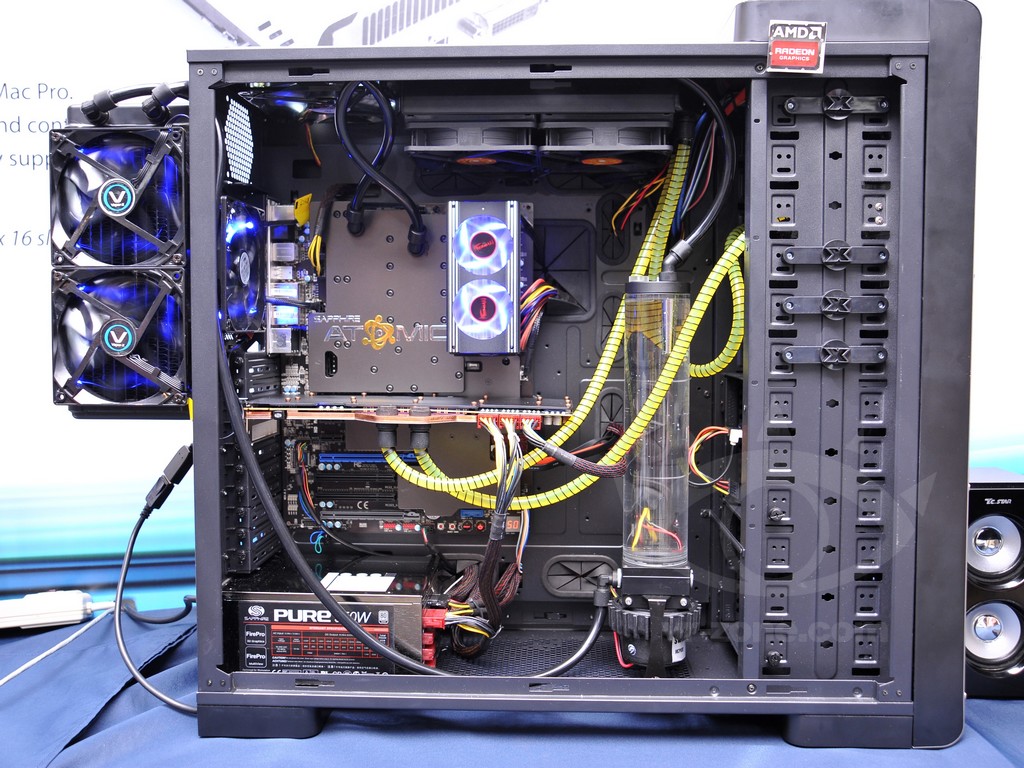 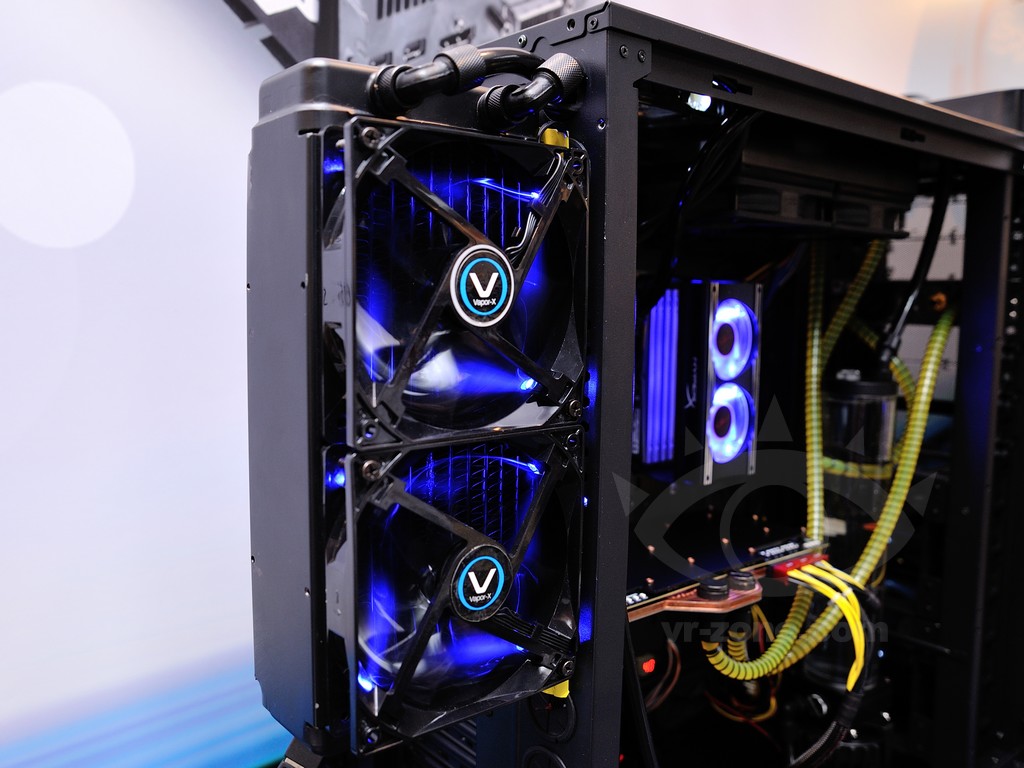