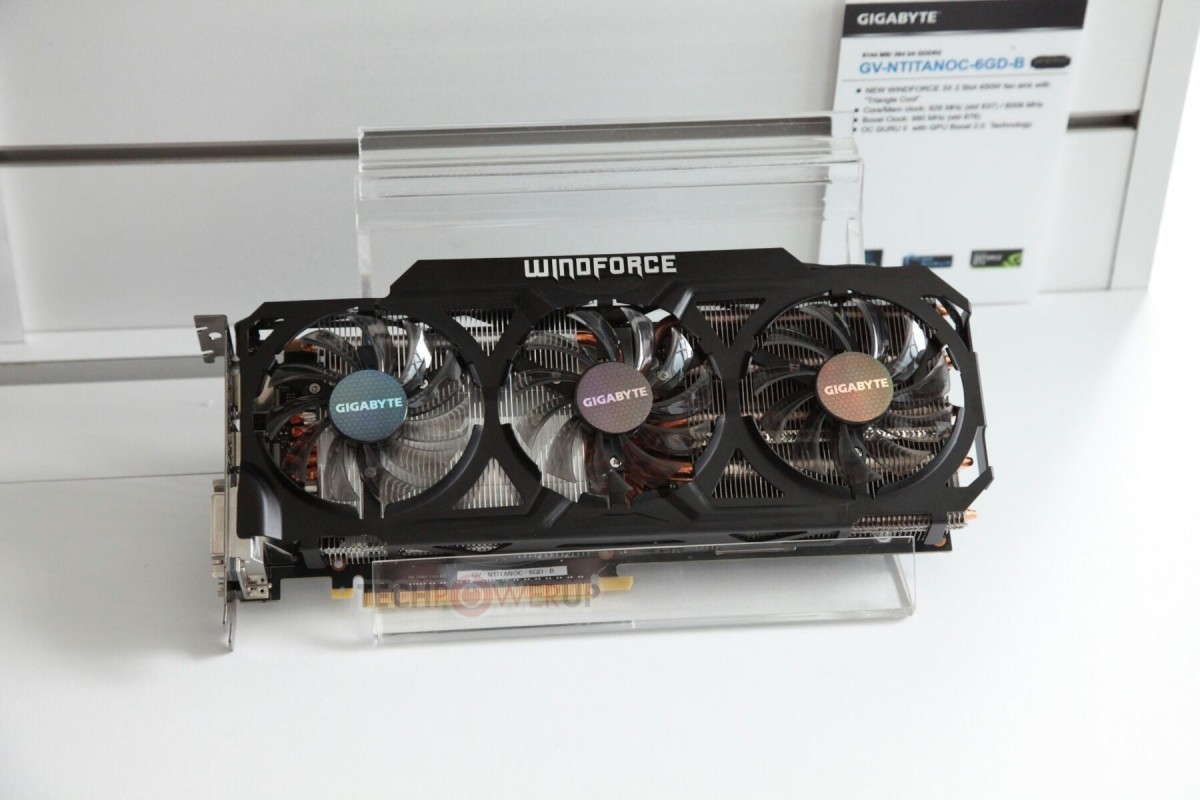 Recently Gigabyte announced a new dual-slot WindForce 3X 450W cooler for both GeForce GTX 780 and GTX 770. Apparently the company planned to use the cooler for the TITAN as well, but NVIDIA’s restrictions did not allow that to happen.

First let’s say what techPowerUP wrote in their article. The company found a way around the restrictions. They will bundle the cooler separately with the original TITAN. The instructions will be added with the cooler, so that everyone will have to change it on their own. Worth saying, that the warranty will not be affected. The TITAN with the cooler bundled separately would be labeled as GV-NTITAN-6GD (without the -B). And that’s what TPU says about the custom cooler for TITAN, but they also added a picture, with a slightly different data about the card that was not yet announced.

It looks like Gigabyte is also preparing a custom card with the cooler already installed, that’s since the leaflet shows a different product code — GV-NTITANOC-6GD-B, which suggest that the card will be factory overclocked out of the box. It appears that the card would arrive with 928/980 MHz GPU clock. However, I’m not sure why TPU did not write anything about the leaflet right next to the card, maybe they were just not allowed until official announcement on Computex? 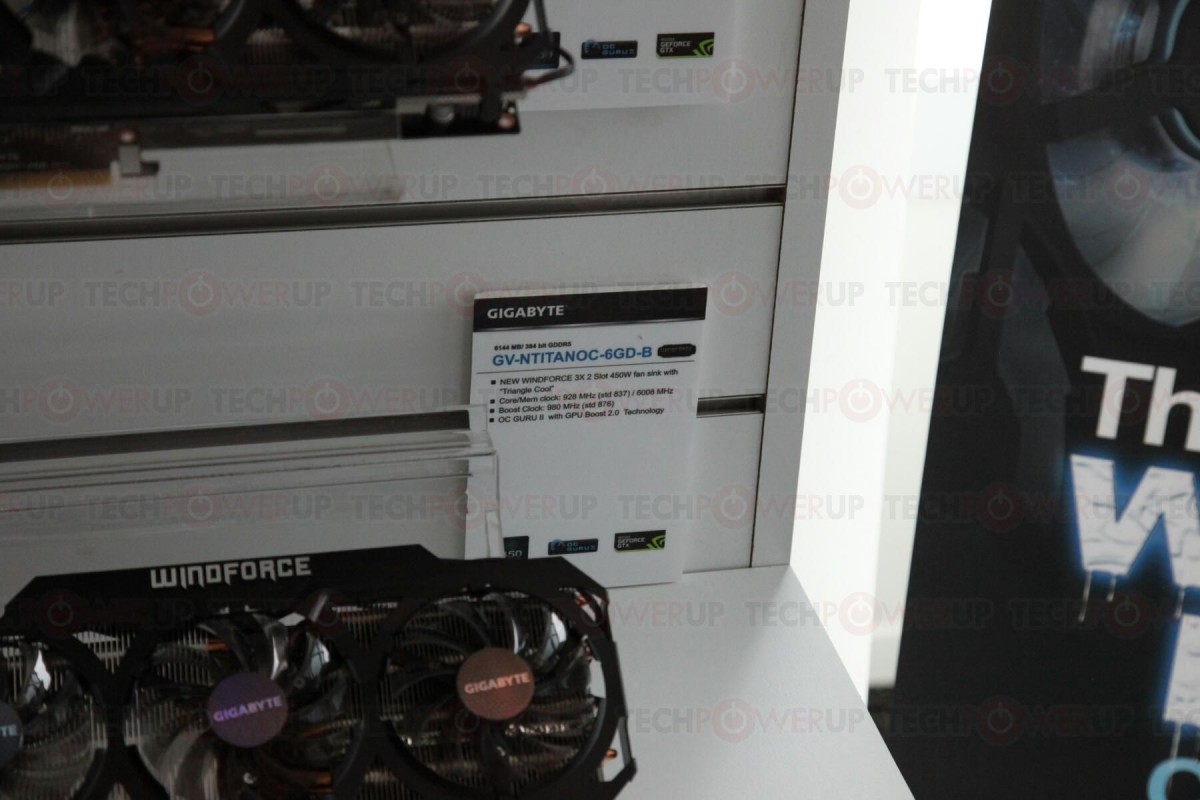