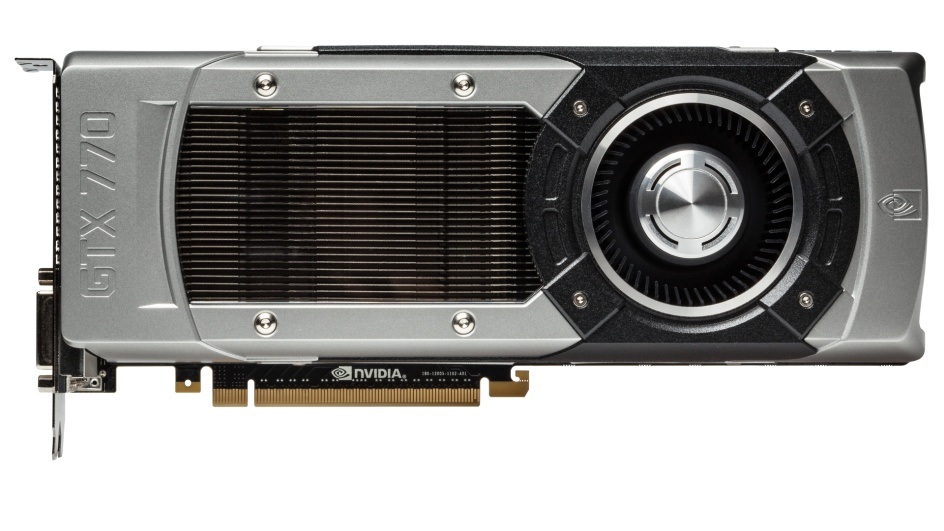 
UPDATE: Added some charts from WCCFtech (follow the link for more pictures of the reference card).


NVIDIA GeForce GTX 770 is equipped with GK104-425-A2 GPU, which has 1536 CUDA cores, 128 texture units and 32 raster operating units. Card will be offered in two variants: 2 and 4GB, whereas the latter will cost more (closer to GTX 680). The reference model, which is equipped with TITAN cooler will likely not be offered by AIB partners, this is just a reference design for the review samples.

The card is clocked at 1046 MHz for base and 1085 MHz for boost, with GPU Boost 2.0 support. The biggest change are obviously faster memory modules, operating at 7010 MHz effective speed. This increased the bandwidth to 224 GB/s. What also changed is the power design of the card. The GTX 770 requires both 6 and 8-pin power connectors with a maximum power draw of 230W. You shouldn’t be thinking about this card unless you have a 600W power supply, at least that’s according the official information.

Now let’s look what models should you expect. Notice, that the majority is offered with overclocked configuration.

You remember these charts? 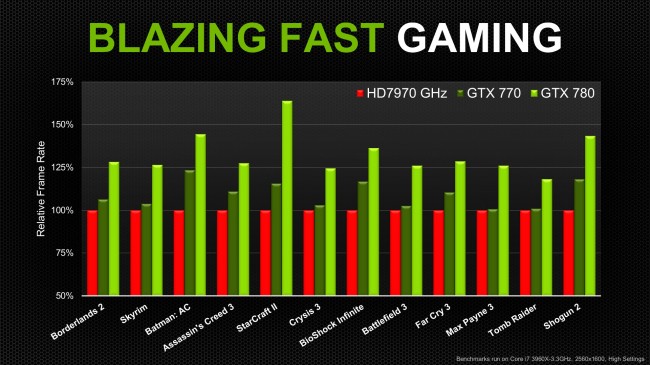 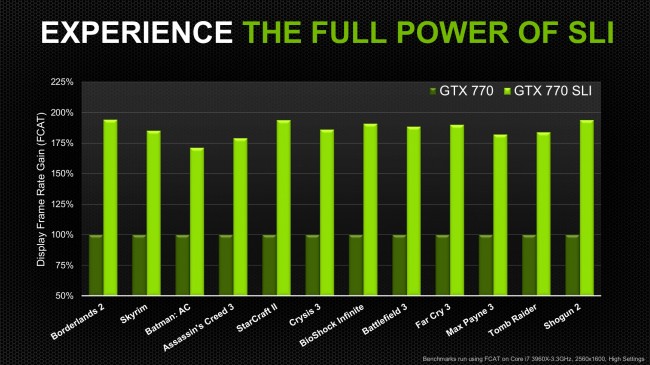 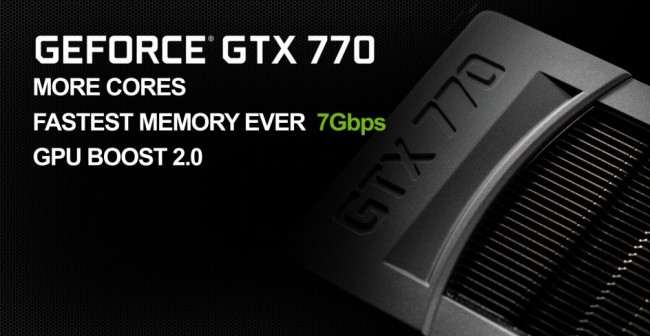 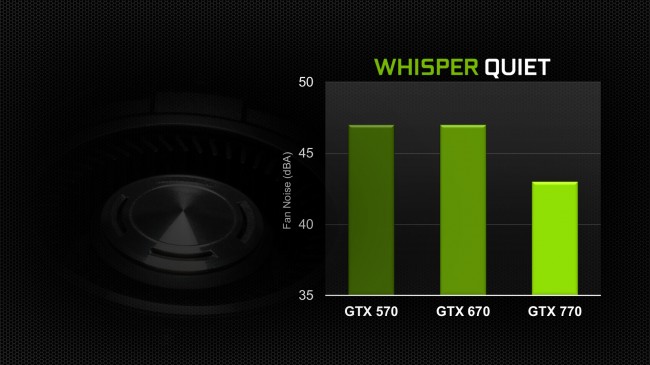 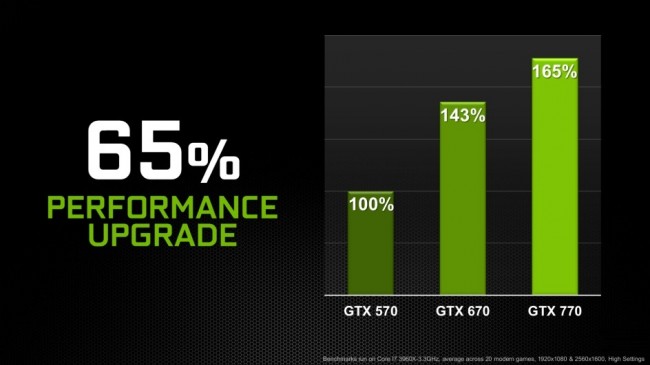 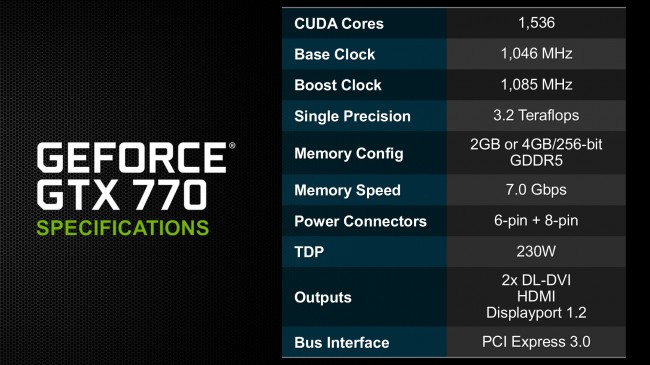 (This table will be updated).