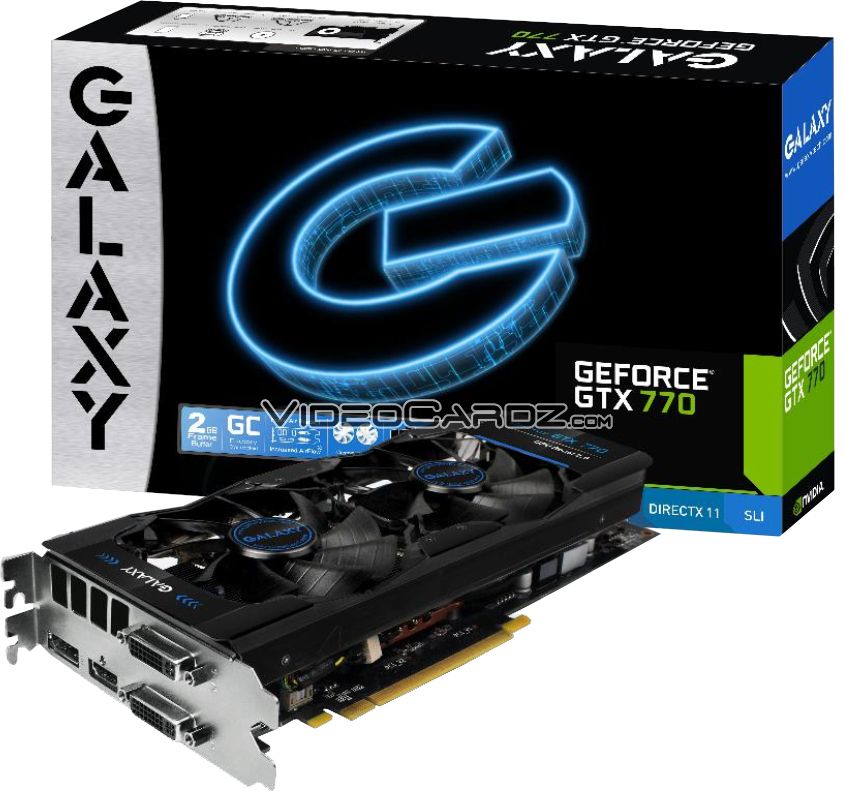 This is the new Galaxy GeForce GTX 770. It looks a lot like the GTX 680 GC 4GB. In fact, the most noticeable difference is the fully black cooler shroud, rather than silver.

So as you’ve already notice, another company is making a small refresh of its product. GeForce GTX 680 GC 4GB will now join the dark side. My short inspection revealed that there’s also a small change to the bracket, the GTX 770 has larger perforations. Besides that I can’t spot anything else, even the PCB is the same. That’s due to the fact, that GTX 680 was already offered with 6+8pin power connectors, so this was just a matter of  new GPU installation.

The card you are looking at right now is equipped with GK104 GPU, with 1536 CUDA cores on board. It does support the GPU Boost 2.0. The card is clocked at 1110 MHz for base and 1163 MHz for boost. The memory runs at stock 7010 MHz. It comes with 2GB GDDR5 memory across 256-bit interface. I have no confirmation about the 4GB model from Galaxy.