First retail model of the upcoming GeForce GTX 770 has been tested by the member of Chiphell forums.

While GTX 780 should arrive this week, the GTX 770, also known as rebranded GTX 680, would arrive a week later Since this is just a refreshed card, each manufacturer would just rebrand its 680s to newer model (something like MSI just did with their Lightning). I will not bore you with the specs again, so let’s just cut straight to the chase. The leaker tells us that the memory is overclocked to effective speed of 7GHz, which is possible since GTX 770 is using a different memory (GTX 770 makes use of HY R2C chips, while most models of GTX 680 HY ROC). According to him, the 8GHz memory clock should not be a problem. By default, the card runs at 1059/1176/1752 MHz, which corresponds to base, boost and memory clock. The GPU-Z screengrabs would not confirm the rumor about 1.3 voltage (card operates with the voltage up to 1.175V). On the other hand, the leaker confirms that the GTX 770 supports GPU Boost 2.0.

We are not sure what is the exact model of the card used in the test, but you can see it on the picture above. He says that it looks exactly the same as GTX 680 model. It features a very large heatsink, something like POV’s or Gigabyte’s cards do, but this model looks different, so maybe you could recognize it?

Anyway, he put the card into HTPC chassis, along with the Intel i7 3770K processor and DDR3 memory running at 2.4 GHz. The results are not astonishing, and I’m quite sure that most of you can get the same results with your GTX 680. I tried to translate the names of three games he used, my translation might be wrong (you can check the original table by following the source link). The results suggest that GTX 770 is 11-12% faster than GTX 680 (we are talking about reference clocked models). The GTX 770 would consume 20 Watts more (the average score does not include the power consumption for obvious reasons). You could compare this rebrand to AMD’s 7970 GHz Edition facelift. The only remaining question is how much will this card cost? I don’t have a solid information about this just yet, but if the card costs $399, then I would say it’s a good deal. 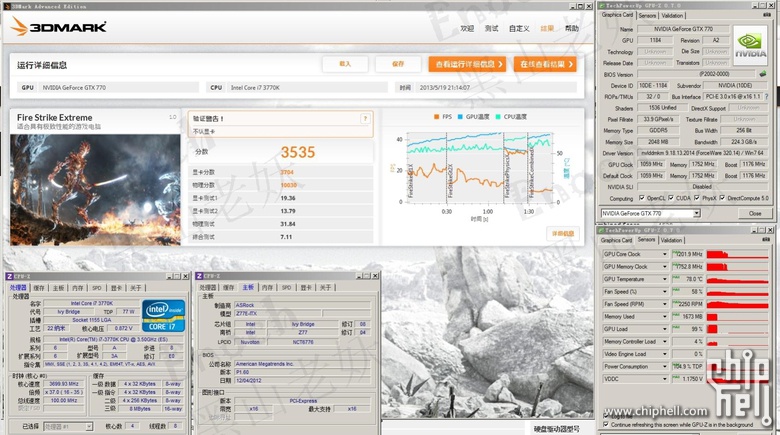 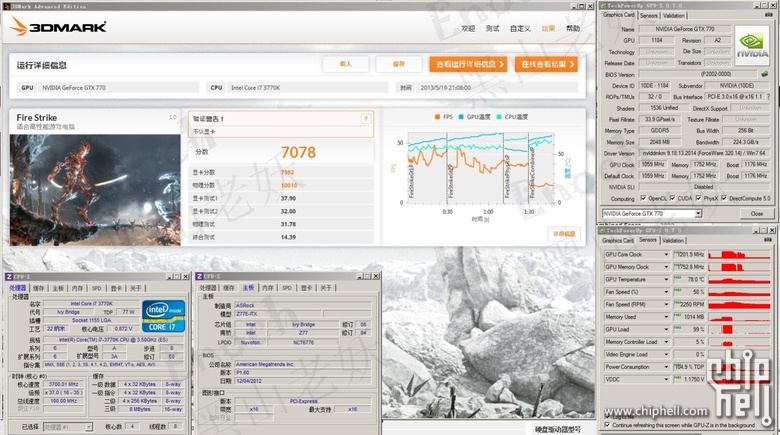 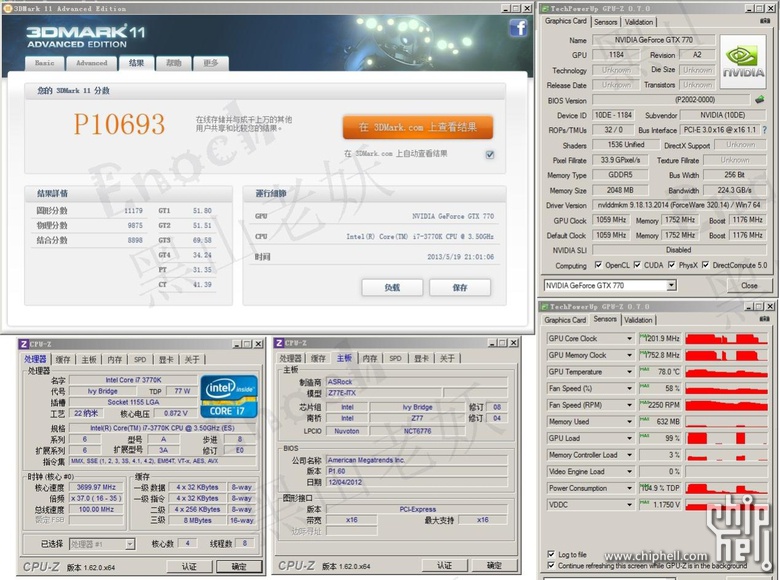 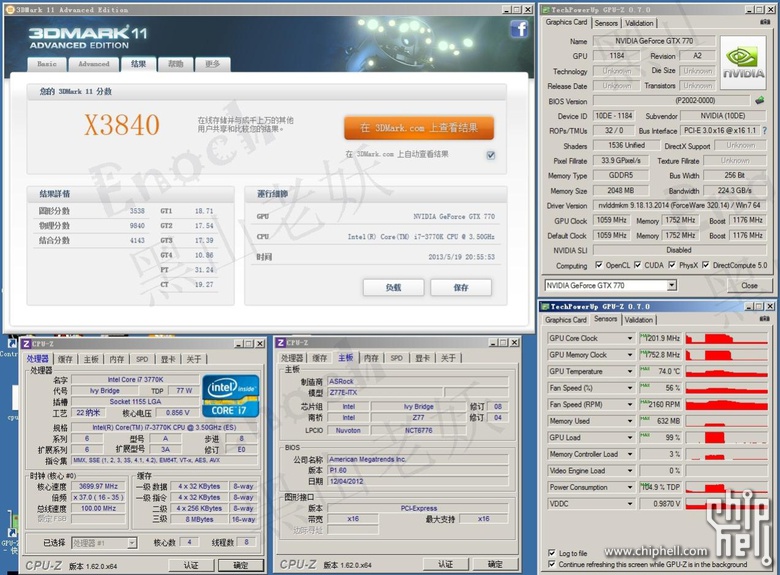 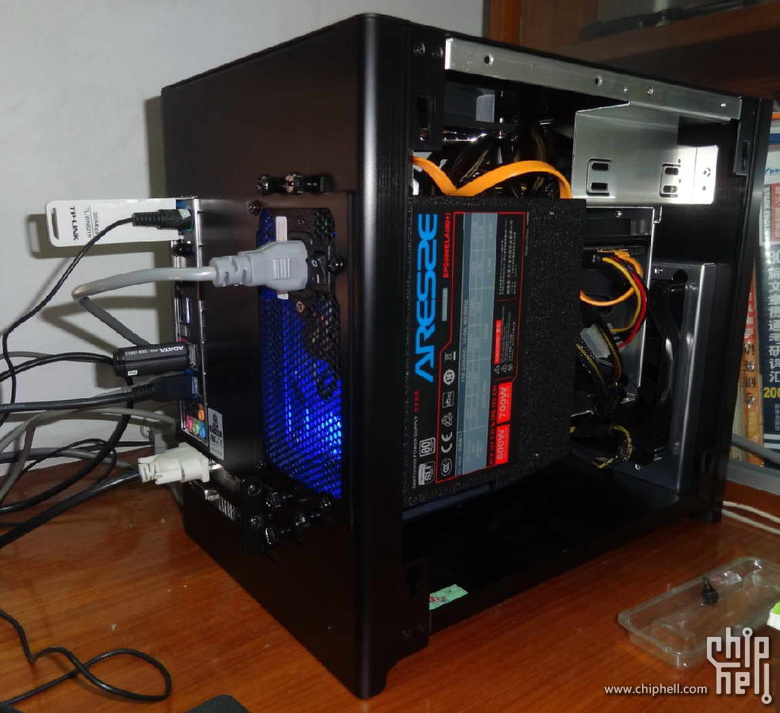 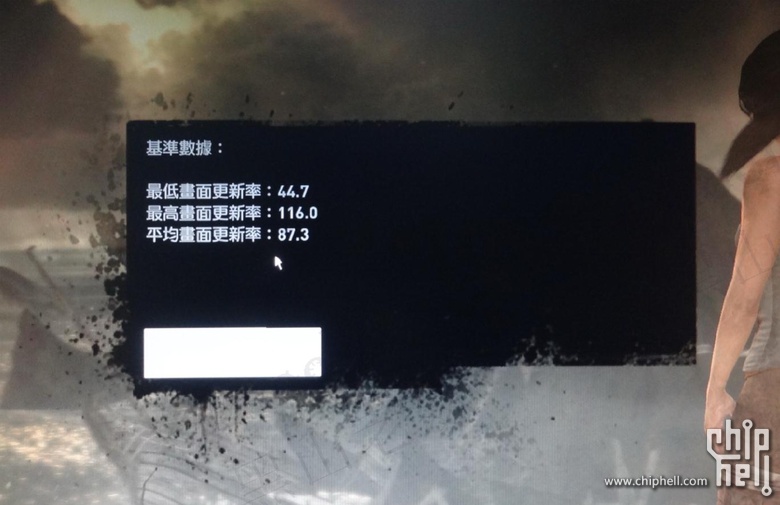